Top OnlyFans Earners Chart 2022 (And How Much They Earn)

Last Updated: August 9, 2022
The following chart lets you look at the Onlyfans top earners and their approximate monthly income.
208
SHARES
FacebookRedditLinkedinTelegramWhatsappTweet Me 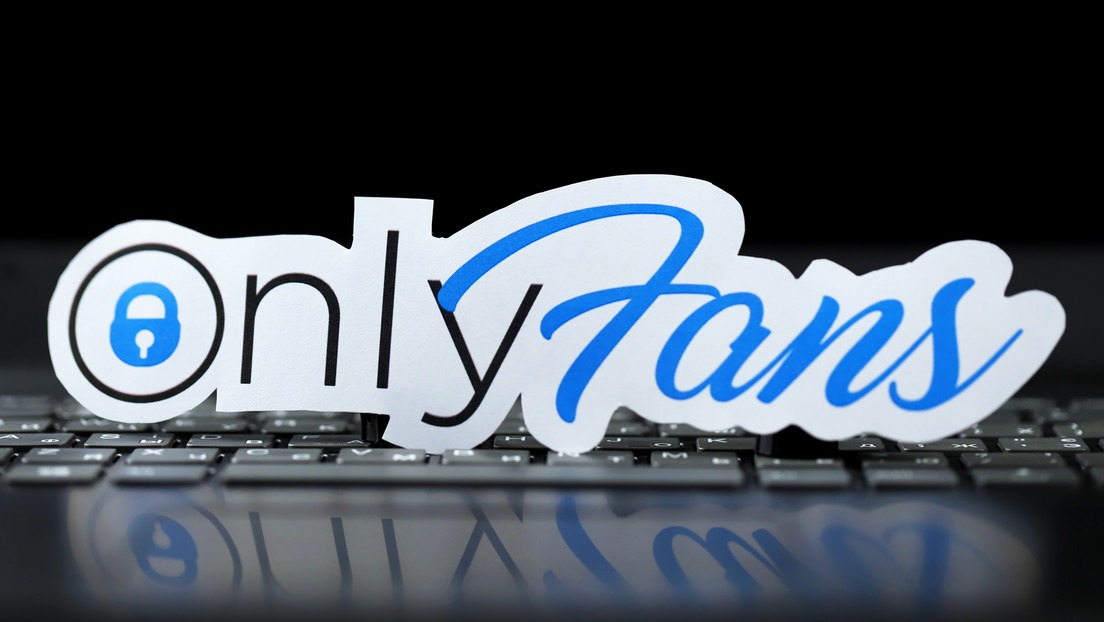 From social media to e-commerce, the internet has developed into a platform with innumerable offerings for its users.

Over the years, we have witnessed how social media has advanced from only a tool for people to communicate with one another to a commerce tool for businesses.

Both these developments in the world of the internet, when combined, resulted in some epic subscription-based social media platforms springing up.

Founded in 2016, OnlyFans is a subscription-based social media platform that enables content creators and influencers to capitalize on their creativity and influence.

Brought to life by British tech entrepreneur and investor, Timothy Stokely, OnlyFans is a unique platform that enables content creators to lock their talented creations behind paywalls.

Fans of any particular content creator are then required to pay a monthly subscription fee or a one-time tip to view the locked content.

OnlyFans set off its journey as a small community of creators and followers.

However, in March 2020, OnlyFans users skyrocketed from 7.5 million to 85 million, recently reaching its peak with over 170 million registered users.

Attributing the rapid growth mainly to the pandemic, some of the most popular OnlyFans creators have now been able to earn up to 1 million USD in one day.

Hearing about OnlyFans for the first time makes one wonder about many things.

It has managed to build up such a huge following, but what are the millions of creators selling?

What kind of content are the subscribers looking for? Who makes the most money on OnlyFans?

Therefore, followers can find content related to anything under the sun.

From music, dance, and/or modeling skills to cooking classes or personal training tips, OnlyFans allows you to put a price on whatever talents you may have.

Following are some of the latest OnlyFans statistics that will help you understand this site.

The following chart lets you look at the OnlyFans top earners and their approximate monthly income.

Since the OnlyFans top earners are mostly seen to have made it this far by redirecting their followers from other social media platforms towards OnlyFans, the names of many celebrities can be spotted.

The chart provided shows enormous numbers, but how do OnlyFans creators manage to make such significant revenues from the comfort of their homes?

OnlyFans allows creators to post their content for free, but if you aspire to make an income, it makes that possible in the following three ways:

Almost all the people, who made it to the top Onyfans earners chart, get their monthly funding from their followers, who pay a monthly subscription fee to view the exclusive content of their favorite creator.

The OnlyFans Top Earners in 2022

To get a better insight, let’s look at the details of the top earners at OnlyFans.

Blac China, whose real name is Angela Renée White, is a reality Television star and social media entrepreneur who joined OnlyFans as a creator in April 2020.

The 33 years-old celebrity has made 155 posts and amassed around 16000 likes on her OnlyFans page.

She has 16.1 million Instagram followers who have been navigated towards the exclusive content on her OnlyFans page in exchange for a monthly fee of $19.99.

Bella Thorne is an American model, actress, writer, and singer, who joined OnlyFans in August 2019.

She instantly made headlines becoming the first content creator and influencer on OnlyFans to generate $1 million in revenue within 24 hours of signing up on the platform.

She has 24.3 million followers and used to have a $9.99 subscription fee, which amounted to $11 million per month.

However, her account’s subscription has been made free of cost.

Instead of sharing nudity, the enterprising young singer and actress like to share personal content with her subscribers and images and videos that have never been seen before.

She gives her OnlyFans subscribers the first taste of her music videos by posting them on her page sometime before the mainstream launch.

Another reason for her rapidly growing fanbase on the OnlyFans platform is that she takes time to reply to every DM from her follower.

Cardi B, the WAP rapper, also signed up with OnlyFans in the summer of 2020.

Her primary purpose of launching on OnlyFans was to address rumors, share behind-the-scene footage of WAP video, and share some bits of her personal life with her OnlyFans subscribers.

Although she has posted only 6 times since then, the rap artist has attracted over 81 million subscribers.

Despite setting her subscription fee significantly lower than fellow creators on the platform, she has taken the third position in the OnlyFans top earners’ list.

The American rap artist Tyga, whose real name is Micheal Ray Nguyen-Stevenson, has made it to the fourth position on the top OnlyFans earners chart, even though he has deleted his account to create and launch another platform in competition.

He used the platform to share numerous images of his extracurricular activities and private parties and videos depicting his music skills or behind-the-scenes footage of his music videos.

He had managed to attract 21.6 million followers with all such posts, who happily paid the monthly subscription fee of $20 and helped Tyga earn huge revenues.

Although OnlyFans was designed with very few restrictions to give a common platform to creators from various niches, it began to get its fame from the adult content that was posted.

Gathering 22.7 million followers, Mia Khalifa’s account has been recognized as one of the top-ranked accounts on OnlyFans.

Therefore, Mia, the Lebanese-American media personality and an adult entertainer, was also able to post some spicy but safe content, making it exclusive to her subscribers for a monthly fee of $12.99.

Bhad Barbie, who is known for her antics on Dr Phil, knew that she would blow up as soon as she debuted on OnlyFans.

And she was right – in her first year alone, she managed to make a whopping $52 million, something that she shared with her Instagram audience.

She currently has more than 16 million subscriptions, so it comes as no surprise that she has managed to make so much money through the r-rated app.

Erica Mena is an American TV personality (renowned for her appearances on the Love & Hip Hop: New York TV series), a former model and video vixen. Generally, she is not considered as famous as the celebrities listed above.

However, she has a conspicuous presence on social media, which allows her to set a monthly subscription fee a lot higher than the rest.

Interestingly, she has devoted followers who do not mind paying the increased subscription fee and are easily rerouted from other social media platforms to her OnlyFans account.

Thus, helping her reach the OnlyFans earners’ list by generating $4.49 million/month in revenue.

For all those thinking that OnlyFans works merely in favor of celebrities and renowned media personalities, Gem101 sets an example!

Gem101 is the name of an account on OnlyFans that charges the highest subscription fee amongst all the top-ranked figures listed so far.

The owner of this account is an ordinary black-haired model who is believed to be making $2.3 million per month simply by sharing content that appeals to her target market.

It shows that the creator truly works to create and share content that resounds with the target audience’s demands.

Pia Mia is another celebrity creating excellent quality content for her followers on OnlyFans.

Based in Los Angeles, California, Pia Mia is a fantastic singer, actress, and influencer who set off her career on Youtube. Since then, she has cemented her place in pop culture.

Her success is evident when you look at her 6.2 million OnlyFans followers, willing to pay $10 per month as a subscription fee.

With such a keen following, she has put the OnlyFans platform to good use, becoming one of the top earners with an income of $2.2 million/month.

For anyone who doesn’t know Safaree Samuels, he is a Jamaican-American rapper, TV personality, and entrepreneur known primarily for being Nikki Minaj’s former partner.

He is currently married to another top OnlyFans earner, which is most likely the driving force for his decision to join the site.

He has set his subscription fee at $15, which is lower than even his wife.

However, his 3.2 million followers, who pay that fee gladly, are why he has made it to this list and has earned approximately $2 million monthly.

Yet another example of a non-celebrity account on OnlyFans that has made it to the Top OnlyFans Earners Chart is that of Mila Mondel.

She is a British model gifted with good looks and over 1.1 million followers on OnlyFans. She charges a monthly fee of $20 from each of her subscribers.

However, she is believed to have amassed a considerable following only by posting adult content on her page.

Content creators like Mila Mondel bring fame to the platform by becoming top earners and, at the same time, make it notorious for the chosen content niche.

There are so many ways for creators to generate money online that choosing the right platform tends to be a bit overwhelming.

However, OnlyFans makes it easier for creators to magnify their income if they already have popular YouTube, Instagram, and/or TikTok profiles.

With OnlyFans, they simply have to branch out and form an inner-circle community to monetize their talents. Often, creators don’t even need an OnlyFans agency to help them.

For those still wondering who makes the most money on OnlyFans?

The write-up must have shown that you don’t necessarily have to be a world-renowned celebrity or a creator with a super high subscription fee.

You need a solid and steady following for your art and content that resonates with your target audience.

The greater the number of subscriptions, the greater will be the revenues generated.

Another essential factor to be noted here is that for every subscription sold, the creator is paid 80 percent of the amount, whereas, OnlyFans keeps the remaining 20 percent.

So, do you think you have everything that will be required for you to add your name to the list of most popular OnlyFans creators? Write us in the comments below!

Most Used Messaging App by Country in 2022

Most Used Messaging App by Country in 2022