Last Updated: November 22, 2022
So, how many downloads does Instagram have? Let’s look at Instagram from its inception to the present day.
166
SHARES
FacebookRedditLinkedinTelegramWhatsappTweet Me 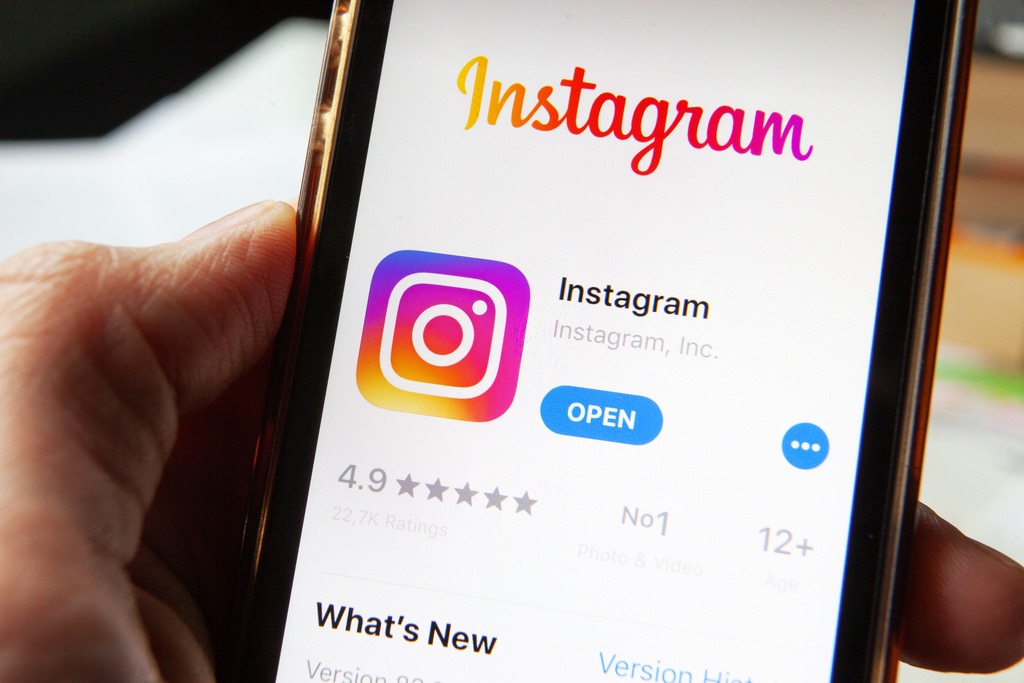 The Instagram app has been downloaded 3.8 billion times in total.

One of the metrics used to determine how popular an app is involves how many downloads it has from the app stores. In this case, we are looking at Instagram.

Let’s look at Instagram from the beginning to the present.

Before we answer the question, “How many downloads does Instagram have?”, we need to discuss what it is.

Since we have a whole new generation of Instagrammers, this refresher is helpful.

You know that Instagram is a free social media platform, but what is its purpose? The platform is built almost exclusively for photo and video sharing.

It’s available on the iOS and Android app stores, so anyone with a compatible smartphone can access and use the app all over the globe.

The date that this social media giant was released to the public was October 6, 2010. So, it is now over 11 years old.

It’s hard to believe that it has gained so much popularity over the years.

On day one, there were 25,000 downloads for the Instagram app. That alone should have been a clue for how popular it was to become.

There were 503 million downloads for Instagram’s app in 2020 which made it the 4th most downloaded app across the globe.

Only Facebook, TikTok, and WhatsApp ranked higher in downloads that year.

The Instagram app has been downloaded 3.8 billion times in total since 2010.

The question “how many downloads does Instagram have?”, is really related to how many people are using it.

Just because it was downloaded “x” amount of times, doesn’t mean it’s being used by that many users.

Statistics show that there are around 1.393 billion people using the app every month. Factor in that it was downloaded a lifetime total of 3.8 billion, you can see not everyone actively uses the app.

Notwithstanding, its overall popularity is not adversely affected by its ratio of downloads to active users.

Additionally, its number of active daily users is more than 500 million.

That is equal to the number of people living in North America and Europe combined.

Engagement statistics from the same website who that users engage an average of 29 minutes a day on the platform.

Due to this massive engagement on Instagram and its continued success, influencers are said to make an average of $670 per post.

While these numbers are related to revenue and having followers, it shows how the downloads and popularity of the Instagram app are related to its marketing capabilities.

So, there is a direct relationship between ‘how many downloads does Instagram have’ to Instagram’s popularity and its marketing potential.

The United States is currently the top country for Instagram app downloads with 110 million users at a 34% penetration rate, according to The Nina.

By the same token, Brazil has a 27% penetration rate with 57 million active users and falls into second place after the United States for downloads.

Besides the United States and Brazil, the numbers from other countries are as follows.

Second place goes to Sweden with 4.7 million active users at a penetration rate of 47%.

Also, despite the United States standing as the largest country with the most active users on the Instagram platform, its penetration rate is only 34% in comparison to these smaller countries with fewer active users.

If you want to put the statistics to the test, all these factors are important.

Now you know what Instagram is, when it went public, its intended purpose, how many people are actively using it, how it’s used, and how many times it’s been downloaded.

The bottom line is that the currently known number of total Instagram downloads is 3.8 billion, with 503 million last reported for the year 2020.

These numbers are likely to fluctuate due to the influx of the new generation of social media users.

The new generation may choose other social media platforms like TikTok and WhatsApp, or they may use them in conjunction with each other.

Besides, we have no way of knowing what the new social media climate will bring to the table.

Even though Instagram is behind in the number of downloads, it’s still in the top 4 of the most popular social media apps in the market.

As Instagram moves forward and adds features and the new generation of users join, the answer to “How many downloads does Instagram have?”, will change.

It remains to be seen how it will endure with TikTok, WhatsApp, and Facebook’s newly introduced Meta.