Last Updated: September 27, 2022
In this article,we’ve compiled a list of the highly recommended VPN apps for using WeChat, letting you access it practically anywhere with the only requirement of an internet connection.
208
SHARES
FacebookRedditLinkedinTelegramWhatsappTweet Me 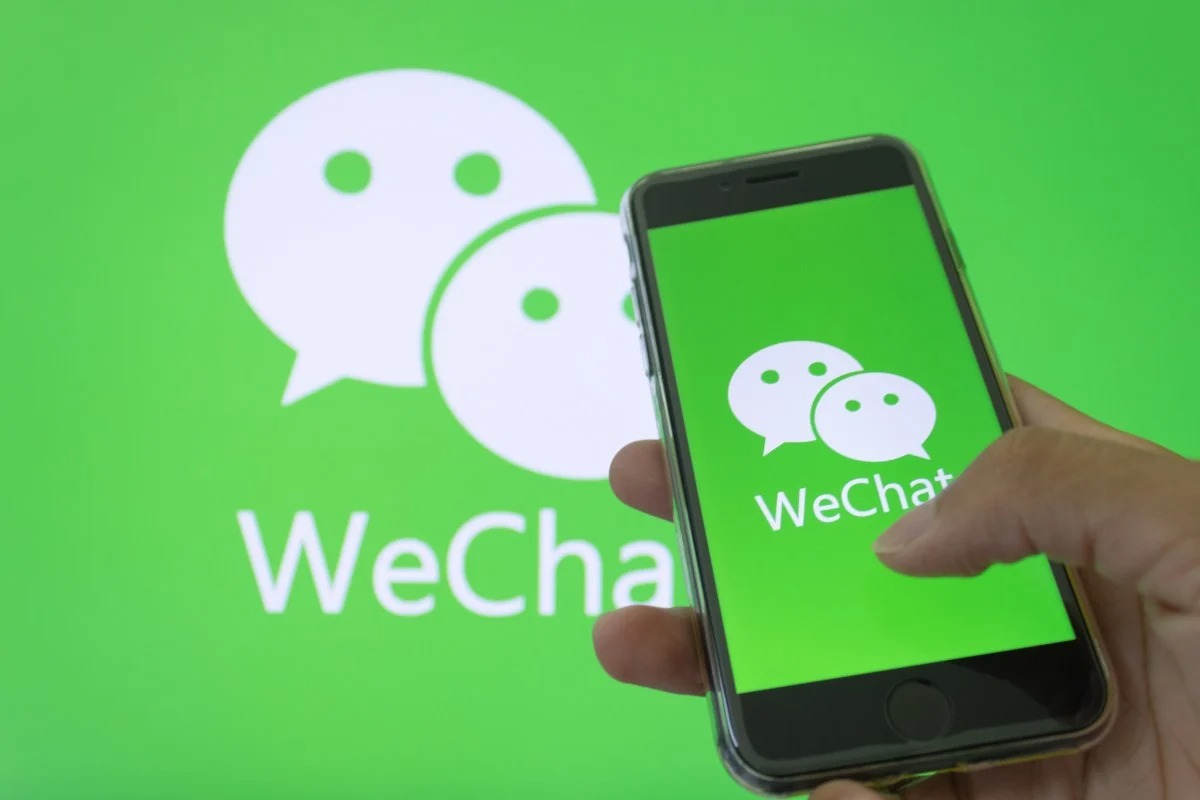 In a hurry?
The best VPN for WeChat in 2022, as found in our independent testing, is NordVPN!

In China, the Internet is heavily censored by the government. As a result, many popular apps from around the world have been restricted in China, much to the dismay of citizens.

These restrictions are a nuisance for the residents of China, but it also makes communication with family and friends a challenge for the Chinese ex-pats or anyone who takes a short trip abroad.

Fortunately, a new instant messaging app was launched in 2011, WeChat. Popular with the name Weixin in China, it is a government-approved app allowing seamless communication.

With 1.2 billion active users per month, this app has rapidly become the top choice for Chinese citizens and people who wish to communicate with someone in China.

Many users have called the ‘super-app’ of China due to all the functionality it offers, e.g., mobile payments, flight/hotel/ride bookings, food delivery, social networking, etc.

However, even WeChat has not been able to escape the intrusive censorship laws of the Chinese government.

Most user interactions on the app are believed to be monitored pertinent to China’s massive surveillance network.

For this reason, WeChat has been blocked by many countries, restricting the Chinese citizens residing in that location from staying in touch with friends and family in China.

Here’s a quick list of best VPNs for WeChat:

The Panama-based VPN service provider, NordVPN, is widely regarded as the best overall VPN service available. A slew of noteworthy features sets a standard that most VPN providers strive to meet.

NordVPN is a speedy service with a strong focus on security and privacy.

Besides a strict no-logs policy, it features an automatic kill switch and the unbeatable AES 256-bit encryption for augmented security so that users’ data does not fall into the wrong hands.

However, making it a top-rated VPN for WeChat is the NordLynx tunneling protocol that is highly secure and provides the fastest possible speed.

It has a vast network of 5000+ high-speed servers spread out across 60 countries, providing you with unrestricted access to an unprecedented number of locations.

You must be wondering what are the features making it the most secure VPN for WeChat?

The features of NordVPN that offer complete anonymity and better online privacy are its Obfuscated servers and the Double VPN functionality.

The former ensures that the Chinese government or any other prying eyes are unaware of the VPN use.

Surfshark, which debuted in 2019, is a relatively new player on the VPN scene. It is a lightweight VPN for WeChat with an extensive feature set.

Still, it has been generating quite a buzz in recent years, giving some industry veterans quite a competition.

Surfshark, unlike many other VPN providers, does not make bold claims.

Its sales pitch focuses on privacy and security, including its no-logs policy, protection against DNS and IPv6 leaks, the 256-bit encryption, and an automatic kill switch.

However, with a network of approximately 3200 servers spread out across 65 different countries, Surfshark has more to offer.

It is not considered the best VPN for WeChat solely for the top-notch security features and the exceptional speeds that enable users to enjoy stutter-free video calls and streaming.

It keeps your WeChat connection stable and fast without compromising the privacy of your conversations.

To top that off, there are no limitations placed on the number of devices that can be connected.

Therefore, it is safe to say that Surfshark provides excellent value for its price and is steadily establishing itself as one of the leading VPN providers on the market.

Headquartered in the British Virgin Island, ExpressVPN is one of the top players in the VPN provider industry.

Its rich network of more than 3000 servers across 94 countries makes it an ideal VPN for WeChat unblocking.

It offers everything that other leading service providers do, such as a strict no-logs policy, the OpenVPN security protocol, an automatic kill switch, and the 256-bit AES encryption for the most secure and private online experience.

Other than these robust and contemporary security tools, what makes ExpressVPN stand out is its unique Lightway protocol that enables lightning-fast speeds.

Generally, the encryption provided by a VPN tends to slow down the internet connection.

But this is precisely where ExpressVPN surpasses the quality of other VPNs and ranks as the fastest VPN for WeChat, allowing for lag-free conversations and video calls on up to five dives simultaneously.

Another service provider making it to our list and being recognized as the top VPN for WeChat is the VyprVPN.

This VPN provider based in Switzerland has had to face a real struggle to establish its reputation in the industry as a private, secure, and reliable option.

Changing its logging policy also changed VyprVPN’s fate and granted it a large-scale acceptance from users.

VyprVPN is the only name with a network as small as only 700 servers covering 60+ countries.

However, the plus point is that all of its servers are self-owned and placed strategically in locations that are usually neglected by leading VPN providers.

Aside from the kill switch and DNS leak protection offered by competitors, VyprVPN has advanced features that make it a top pick for us.

Firstly, it is one of the few players in the VPN industry that utilizes WireGuard, a brand-new security protocol that’s not just more secure than current options but also faster.

Secondly, it helps keep user data hidden from the Chinese government and the Internet provider by offering the unique Chameleon protocol, which is designed to protect against an advanced VPN detection technique called deep packet inspection.

Private Internet Access (or PIA) is another fantastic VPN for WeChat based in the United States. PIA is a popular choice for unblocking numerous websites and apps because it has one of the largest networks in the world, with 35,500 servers located across 84 countries.

However, overcoming censorship is only half of the success. Advanced security features are most likely your priority if you wish to use WeChat for a safe conversation.

PIA is equipped with 256-bit AES encryption, IPv6 and DNS leak protection, a kill switch, and MACE, a feature that automatically blocks intrusive ads and malware.

It may not be the fastest option available, but it certainly provides above-average speeds, ensuring adequate HD streaming and video calling performance.

Most importantly, PIA does not keep any logs of users’ activity online.

The only way to unblock WeChat and overcome geo-restrictions is by getting a VPN for WeChat.

A VPN will not only allow you to use all of the app’s features and communicate with your Chinese friends, but it will also encrypt your network traffic and keep your conversations private.

However, before you set out on your journey to find the best VPN for WeChat, you must know that Chinese encryptions are among the most difficult to crack.

If you want to use a VPN to get around China‘s notorious firewall, you’ll need a reliable and trustworthy service.

Scroll down to see the list we have compiled to help you with the hunt.

How to Use a VPN for WeChat

Once you know which VPNs work best for unblocking WeChat, it’s time to figure out how to use them.

Even if you aren’t very tech-savvy, rest assured that it is a straightforward process.

Following are some simple steps you need to follow:

Why Do I Need to Use a VPN for WeChat?

When it comes to user data, the Chinese government is infamous for its intrusive techniques, including monitoring every interaction on seemingly benign apps such as WeChat.

WeChat users have been arrested for sharing specific types of content on the app, so it’s best to be cautious and use a VPN to keep your identity hidden.

Aside from protecting against prying eyes and improving your overall cyber security, a VPN also enables you to use WeChat when you’re in a country where it’s banned.

Can I Use a Free VPN for WeChat?

Many free VPNs available in the market may or may not be capable enough to unblock WeChat for you. However, even if they can do so, we advise you against it.

These services typically only have a few servers, which means they’ll quickly get overburdened with users, slowing down your connection.

Furthermore, free VPNs aren’t very versatile, and overcoming a region lock can be a daunting experience with a free VPN. Also, they tend to be easily detectable by VPN-blocking software.

Then there is the security aspect as well to think about. Since they don’t get any money from users, they’ll have to discover other ways to make money to stay in business.

Typically, this entails either bombarding customers with advertisements or logging and selling their data to whoever offers the best deal, which contradicts the purpose of utilizing a VPN in the first place.

Is It Safe to Use WeChat?

There are valid privacy concerns regarding WeChat use; thus, people’s fears are not unwarranted.
According to a study, the service regularly monitors and, in certain circumstances, thoroughly censors its users’ messages.

On the other hand, it is one of the most widely used instant messaging apps, allowing many people to contact their loved ones conveniently.

As a result, the best course of action is to avoid sending sensitive, incriminating, or anti-establishment material over WeChat and use one of the premium and highly secure VPNs to protect yourself from the intrusive Chinese laws.

Regardless of the censorship that occurs with WeChat in China, a VPN for WeChat overcomes it all.

Additionally, a VPN helps you use WeChat for safe and private communication in any location where initially it is restricted.

In this article, you read about five of the highly recommended VPN apps for using WeChat, letting you access it practically anywhere with the only requirement of an internet connection.

NordVPN is our favorite because it offers fantastic affordability and functionality.