How Many People Use Rumble in 2022? (User Statistics)

Last Updated: November 22, 2022
Find out how many people use Rumble and other interesting facts about this online video platform.
187
SHARES
FacebookRedditLinkedinTelegramWhatsappTweet Me 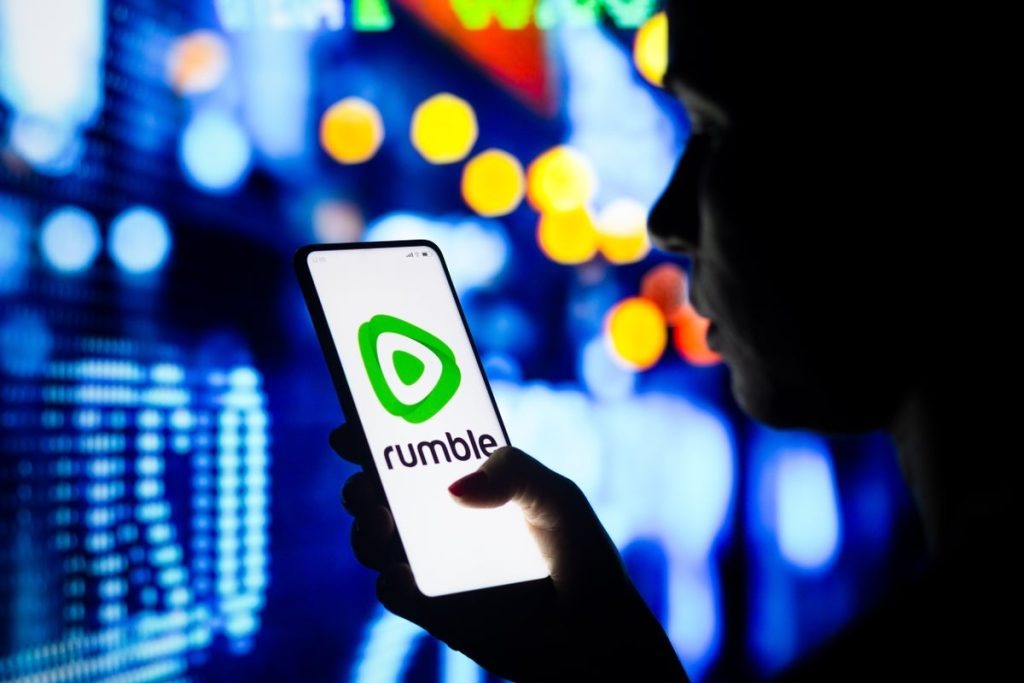 For those who are curious about how many people use Rumble in 2022, this article is for you.

Demand for online video-sharing platforms has increased significantly for Generation Z and Millennials, ages around 18 years old until 44 years old.

Rumble is one of these online video platforms sharing different content with authentic expression and diverse opinions.

It is immune to cancel culture and is committed to supporting open and free content. Its monthly active users come from the United States and Canada.

Resource Contents show
1) How Many People Use Rumble in 2022?
2) How Long Do People Watch Rumble?
3) Rumble Demographics
4) How to Have a Rumble Account?
5) How to Make Money on Rumble?
6) What Channel on Rumble has the Most Subscribers?
7) Why Do People Use Rumble?
8) Conclusion
9) Sources
9.1) Related

Most of its monthly active users are from the United States and Canada, accounting for 63 million people, equivalent to 103% year-over-year growth.

Here is a list of Rumble’s monthly active users:

How Long Do People Watch Rumble?

This increase led to 36 million active users in just a year.

During this period, viewer engagement increased by 44 times, or equal to 8 billion minutes watched per month.

An additional 5 million monthly active users were also reported in the second quarter of 2022.

It reached a new record with 44 million users, equivalent to 76% growth compared to the previous year’s second quarter.

Likewise, the report shows that there were 8,948 video hours uploaded daily, and an average of 8.1 billion minutes watched per month.

In the latest record, Rumble announced another extensive growth in monthly active users.

Around 34 million increase from June to August 2022, leading to 78 million monthly active users. This represents about 77% year-over-year growth.

In the same month, the monthly active users in the United States and Canada also increase to 63 million, or equal to 103% year-over-year growth.

This online video platform generates a total of 107.5 million visits in September 2022, a 20.6 million increase from the previous month.

Here are the top countries that visited Rumble in September 2022:

Among Rumble’s total visits, the core audience was from ages 25 to 34 years old accounting for 23.62%.

Aside from just watching videos, users can also make money on Rumble by uploading videos.

How to Make Money on Rumble?

Here are the three types of Rumble accounts:

What Channel on Rumble has the Most Subscribers?

The channel “The Dan Bongino Show” is one of the channels with the greatest number of subscribers in Rumble, having 2.45 million subscribers.

It has become the largest Rumble channel in 18 months. This channel talks about various political issues.

The “Rumble Viral” channel on YouTube has taken the first spot for the Pets & Animals content, which has over 200 million views in its first year.

This channel is owned by Rumble.

Why Do People Use Rumble?

Here are some of the reasons why people use Rumble:

With fewer restrictions, creators are open and free to include more ideas and opinions in their videos.

This is one of the reasons why Rumble recorded an exploded number of monthly active users in 2021 and 2022.

Aside from that, viewer engagement also increase to more than 8 billion minutes watched per month.