Last Updated: October 24, 2022
Find out how many IoT devices are there and many interesting facts about this novel technology.
166
SHARES
FacebookRedditLinkedinTelegramWhatsappTweet Me 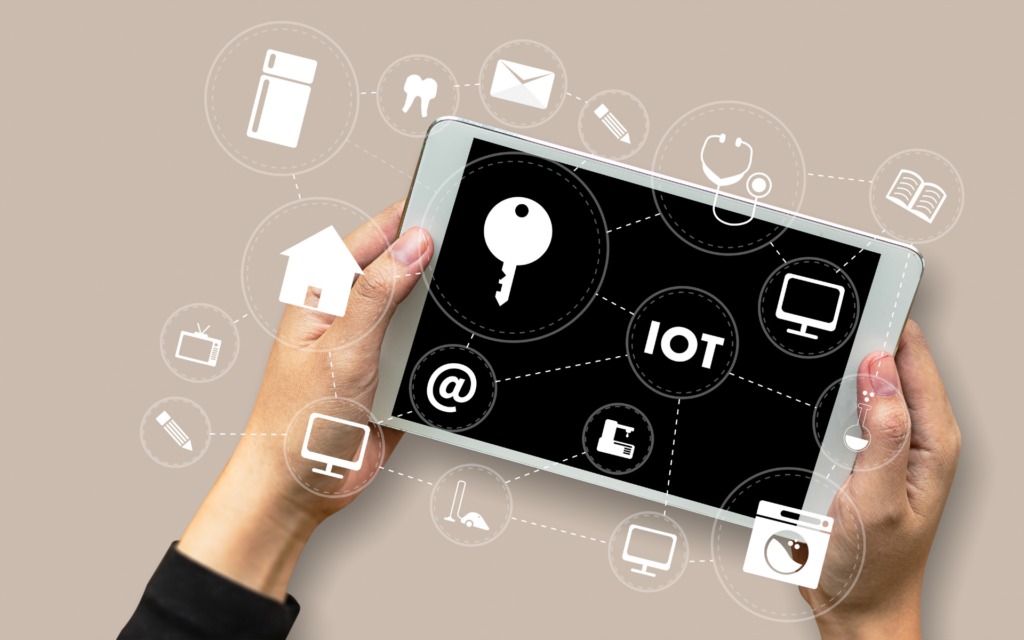 There are 11 billion IoT devices.

With almost everything we see and touch can now connect to the internet, how many IoT devices are there, exactly? Let’s find out!

The internet revolution has changed the way we live our lives.

It has come a long way from its early years of inception, where it was confined to the prime purpose of acting as an intermediary for communication.

And while it remains true to its core of acting as a communication tool, experts have reimagined how they can leverage this power to make machines work—by themselves!

In this article, you will learn how many IoT devices are there in 2022 and many interesting facts about this novel technology.

Resource Contents show
1) How Many IoT Devices Are There in 2022?
2) What is Internet-of-Things All About?
3) Internet-of-Things Devices Over the Years
4) IoT is Changing the Healthcare Industry
5) Leading Companies in the Overall Internet-of-Things Market
6) Market Share for IoT Devices
7) Advantages of IoT
7.1) Automation
7.2) Money and Time-Saving
7.3) Live-Saving
8) Conclusion
9) Sources
9.1) Related

For those wondering how many IoT devices are there in 2022, the answer is 11 billion, and growing fast!

There are approximately 130 devices that connect to the internet for the first time every second.

This number piles up fast, which is why experts expect that there will be 19 billion IoT devices in total in the next three years and hit a market value of $1.6 trillion.

By 2030, IoT devices worldwide might hit 29.4 billion or close to thrice the number of the current figures.

This comes as more countries are expected to automate in the coming years, and many investors will invest further in making IoT’s overall infrastructure better and more accessible for all consumers.

What is Internet-of-Things All About?

Ever wondered why devices of any kind, such as your refrigerator, home switch, car, and others can connect to the internet today?

It’s all thanks to the internet-of-Things, also known as IoT.

This technology supports a network of “things,” or the physical objects that are specifically designed with high-tech sensors and software that enables them to connect to the internet and follow commands using a human-to-computer interaction.

Simply put, IoT gadgets are devices that can connect to the internet.

Internet-of-Things Devices Over the Years

IoT devices have enjoyed an exponential growth rate over the years.

Take a look at the number of connected IoT devices from 2019 to the present, according to Statista.

There will also be a projection for the coming years, until 2030.

Projections for the coming years until 2030:

IoT is Changing the Healthcare Industry

Since 2019, around 90% of all organizations in the healthcare industry leveraged the help of this technology to achieve breakthroughs in the field of medicine.

From heart transplants to robotic arms, IoT devices are used to improve the quality of healthcare worldwide.

There are nearly 700 million pieces of this kind in the medical field in 2020.

This year, the IoT healthcare sector is anticipated to hit a market value of $158 billion. This number is far off from its 2015 value of $15 billion.

Amazon, AT&T, and Oracle are just some of the technology companies leading the market nowadays.

Here are the top companies leading and changing the overall landscape of the IoT market.

Google Home leads the board for developing and manufacturing devices that the mass market love!

It occupies nearly half of the total market share which it shares with Amazon’s Alexa and the Apple HomePod.

Below is a detailed look at the companies with the largest IoT devices market share as of 2022.

Apple has a lot of catching up to do to fare closer with the two biggest names in the industry, namely Alphabet and Amazon, having captured only 12% of the total market.

Nowadays, everything is possible with a click, a clap, and a “Hey Alexa” prompt.

This is all thanks to the arrival of the internet-of-things, which is technically the main reason why everything is fast, advanced, and always possible.

Take a look at the list of advantages IoT has brought into our everyday lives.

One command to a voice-activated controller, lights turn off, the television changes the channel to your favorite show, alarms go off…and on again, and a happy birthday message is sent to your mom.

This is the power of automation—you do not need to go out of the way to do all these chores as technology can do it all for you.

Imagine buying a voice controller from Amazon or Google for a couple of bucks and it does all the work for you.

All you need is to say a command and the computer does what you say instantly.

It is like having a personal assistant that you do not have to pay monthly. This results in a lot of time and money saved in total!

How many did IoT save from imminent danger, traffic, getting late at work, and the like? Millions to billions of people!

It is all thanks to the arrival of this novel technology that the state of healthcare is as it is now.

It is why many houses are safe with the use of smart locks and why your drinking water holds a perfect temperature, just the way you like.

The arrival of IoT has changed the overall landscape of the world. Nowadays, one command is all we need to get the work done.

Even lights can turn on and off with just one clap of the hand.

We may not notice it, but internet-of-things is the reason why we get everything fast and easy.

So for the times we wake up on automatic alarms to getting some personalized advice on our fitness, IoT is all doing the work behind the shadows. It is a game-changer.

We hope you enjoyed reading our article about how many IoT devices are there in 2022.