How Many Bitcoins Are Mined per Day in 2022? (Full Stats)

Last Updated: September 11, 2022
How many Bitcoins are mined per day? This article will look deeper into the most recent Bitcoin mining statistics.
229
SHARES
FacebookRedditLinkedinTelegramWhatsappTweet Me 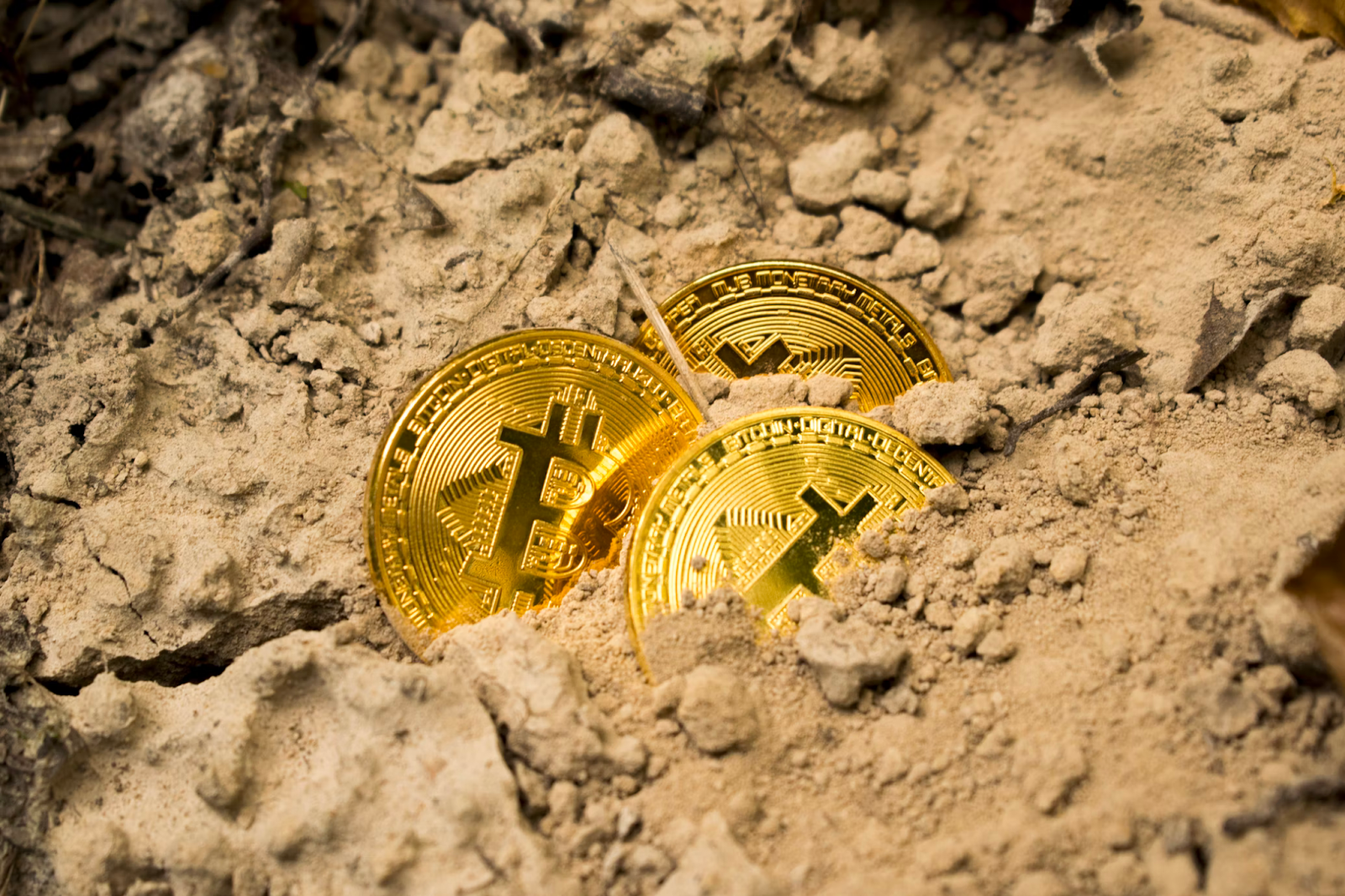 How many Bitcoins are mined per day in 2022?

About 900 Bitcoins are mined per day.

Everyone has heard about Bitcoin, the first decentralized cryptocurrency, but have you ever wondered how many Bitcoins are mined per day worldwide?

Bitcoin overthrew all limits and many flaws of the traditional banking system and many other cryptocurrencies have followed it into existence.

With time, many businesses worldwide have started accepting payments through Bitcoins, and countries began making policies to support the digital currency system.

The significant advantage of Bitcoin is its ability to be accepted anywhere in the world without paying any extra cash in exchange fees and related complications.

Specific crypto wallets are better than others, as well as some crypto platforms are more suitable than others.

The move toward many establishments accepting Bitcoin greatly impacts how many bitcoins are mined per day.

It stands as a free currency that doesn’t fall under government rules or institutional controls.

But, how many bitcoins are mined per day?

… the full answer is a lot more complicated.

You will likely understand almost everything related to Bitcoin mining and related facts by the end of it.

What is Bitcoin Mining?

Bitcoin mining is a typical process by which new Bitcoins join circulation. The first processor that finds a solution to the problem receives the next Bitcoin block, and the process continues.

The computers that mine Bitcoins will receive newly minted coins as a reward. Bitcoin is a digital asset, the first of its kind, and it comes with a finite supply of 21 million.

It cannot be created as a new paper currency legally generated by Governments and institutions.

People refer to Bitcoin as “Digital Gold,” implying that Bitcoin must be mined like gold. This article will look deeper into the most recent Bitcoin mining statistics 2022.

Bitcoin mining impacts how many bitcoins are mined per day.

How Many Bitcoins Are Mined per Day in 2022?

After being conscious of the history and impact of Bitcoin, you’re probably thinking, but how many Bitcoins are mined per day?

Quite a few articles and graphs on the internet provide statistics regarding Bitcoin mining data, and most of them will tell you that about 900 Bitcoins are mined per day.

However, cryptocurrency is all about privacy which ensures that nobody can calculate the exact count of Bitcoins mined in a day.

Most figures depend upon PC processing power and hash rate from mining pools (where Bitcoins are mined).

According to the statistics, China owns (or did own) five crypto mining pools responsible for almost half of the hash rates.

The closest figure for analysis is taken from such Bitcoin mining pools and how much they hashed in the previous day.

How Much Profit Can Be Achieved from Bitcoin Mining?

According to BTC mining difficulty metrics, it is challenging to mine the remaining 2.2 million Bitcoins available. The cost of mining them is increasing day by day.

Does this possibly impact how many bitcoins are mined per day? It certainly does.

Bitcoin Mining firms have to set up costly hardware capable of processing the mining.

Experts believe that Bitcoin will reach $100,000 shortly based on the current stock-flow analysis.

How Many Bitcoins Are Mined per Day & Related Statistics

Bitcoin mining has a connection with global energy prices. According to the IP address stats from hashers, the US possesses the most number of Bitcoin mining pools as of August 2021.

Earlier, China dominated the country-wise list for a long time, from September 2019 to June 2021.

Bitcoin mining happens with hashing, and hashing requires energy. So we can say that, with more hashing, more Bitcoins are mined.

So the mining cost for Bitcoin will be higher in countries where energy is expensive. Interestingly, Countries in Africa and Latin America are more active in Bitcoin buying and selling than some developed nations globally.

About a year ago, China was way ahead of other countries regarding hash rates. The crypto crackdown in Beijing took a lot of Bitcoin miners offline overnight.

Apparently, the crackdown partially helped America dominate the Bitcoin mining industry and become the leader after a long period.

Texas, a state in the US, has the least energy rates, which becomes an advantage for Bitcoin miners who work in low-margin enterprises where energy is the variable cost.

Another thing that supports Bitcoin miners in the US is their Crypto-friendly policies that give sufficient support for implementing the Bitcoin mining infrastructure.

There was a 66% growth rate for Bitcoin price rate during February, which boosted Bitcoin mining.

Bitcoin price increased by 400% within a year, and holders are happy to sell their shares for an exciting profit.

When the Bitcoin miners combine their computers to make a network, a Bitcoin mining pool is created.

The participants have rewarded a portion of the mined Bitcoins during the mining process based on their contribution to locating another block.

The University of Cambridge statistics show that China was the unicorn of Bitcoin mining till 2020.

Apart from Bitcoin mining, other cryptos are also active in America.

For example, in North America, 21 percent of Ethereum, 37 percent of ZCash, 28 percent of LTC, and 34 percent of Monero mining pools.

Bitcoin wallets are created by people to buy, access, and sell Bitcoins. The November 2021 stats show more than 79 million people on the Blockchain.com platform.

Another platform, Coinbase.com, has more than 73 million wallets, and both together, the count results in 152 million Bitcoin wallets in November.

According to the latest stats of New York Digital Investment Group, about 22 percent of Americans(almost 46 million people) owns Bitcoin.

Some of them depend upon various financial advisers to manage their accounts.

About 1 in every 5 clients own Bitcoin, and about 80 percent of them are interested in learning more about Bitcoin mining and investment.

Visa processes around 24,000 transactions per second.

According to stats, there are $6 billion daily online transactions in the world from Bitcoin alone, and only two payment networks surpass it(Visa card with $30.3 billion and Master Card with $16.2 billion).

7. It Will Take Another 120 Years to Mine the Remaining 2.2 Million Bitcoins

Based on the current stats, about 83 percent of all Bitcoins are already in circulation within twelve years of their invention.

According to experts, about 97 percent of Bitcoin will be in circulation.

However, the interesting fact is that the rest of the 3 percent of Bitcoins may take around 120 years to circulate in the market!

The number of Bitcoins mined gets halved every 4 years. So the remaining 2.2 million Bitcoins will be mined by 2140!

The January 2021 statistics show that Bitcoin has registered new heights with more than 400,000 daily transactions.

People are displaying more interest in buying and selling Bitcoins than a year ago.

There has been a significant difference in the transactions count(78,722) compared with January 2018 and 2022.

Number of Daily Transactions on The Blockchain of Bitcoin

The Bitcoin owners were excited to see the all-time high rate of Bitcoin with $68,000 for one Bitcoin during the first week of November 2021.

However, the rate crashed in the following months by 40 percent and dropped to $41,000 during the first week of January 2022.

The price further decreased and became $37,228 by January 31, 2022. According to financial investment experts, the global Cryptocurrency will reach $4.9 billion in 2023 with a CAGR of 12.8 percent.

Also, they hope that Bitcoin’s price will increase by 1500% by the next 10 years. This will impact how many bitcoins are mined per day.

The All-Time High Rate of Bitcoin with $68,000 for One Bitcoin During the First Week of November 2021

10. Almost 20% of Bitcoins Are Lost Forever and Cannot Be Mined.

Considering the current rate of Bitcoin, can you imagine that around 20 percent of them are lost and not going to be found ever?

According to the stats of Chainalaysis, around $190 billion(3.76 million BTC) worth of Bitcoins is never going to be mined.

So what are the ways to lose a Bitcoin? First of all, the founder of Bitcoin, Satoshi Nakamoto, owns around 1.1 million Bitcoins which, according to the experts, he is not going to touch.

Several people who own a good percent of Bitcoin have passed away without sharing the key details of their share.

The complicated Bitcoin encryption makes sure that these shares are never going to be found by another person without the right key.

Similarly, some unfortunate people have lost their Bitcoin encryption/decryption keys, and since there is no “forgot password” option, it is almost certain that once you lose the keys, you lose access to Bitcoin.

The smallest unit of Bitcoin(BTC) is Satoshi. One Satoshi is equal to 0.00000001 BTC. The BTC value changes dynamically in a matter of minutes or hours.

Hence if you are a Bitcoin investor, you probably should stick your eyes on the screen to identify the right moment to buy or sell the Bitcoin.

11. 61% of Bitcoin Mining Users Are Not Bothered About a Specific Religion

According to some interesting stats from Cryptocurrency Hub, most Bitcoin users are aged 25 and 34. And about 61 percent of them don’t consider themselves religious.

12. 66.7% of Cryptocurrency Investors Own Bitcoins

Bitcoin is the oldest and most prevalent cryptocurrency globally, with the largest value of its kind. For one Bitcoin, the price is $37,228 as of the first week of February 2022.

According to the recent stats from Coinbase, there are currently 18.9 million Bitcoins in circulation, available for mining.

Based on the studies, between 2009 and 2019, over $7 trillion worth of Bitcoin has been transferred among Bitcoin traders globally.

About 66.7 percent of Cryptocurrency investors own Bitcoins compared to 28.6 percent holding Dogecoin and 23.9 percent with Ethereum.

When it comes to how many bitcoins are mined per day?

Although the average might be around 900, it is wholly dependent on the market entry value at the time.

The above facts all contribute to how many bitcoins are mined per day.

If you have any questions or remarks, leave them in the comments. 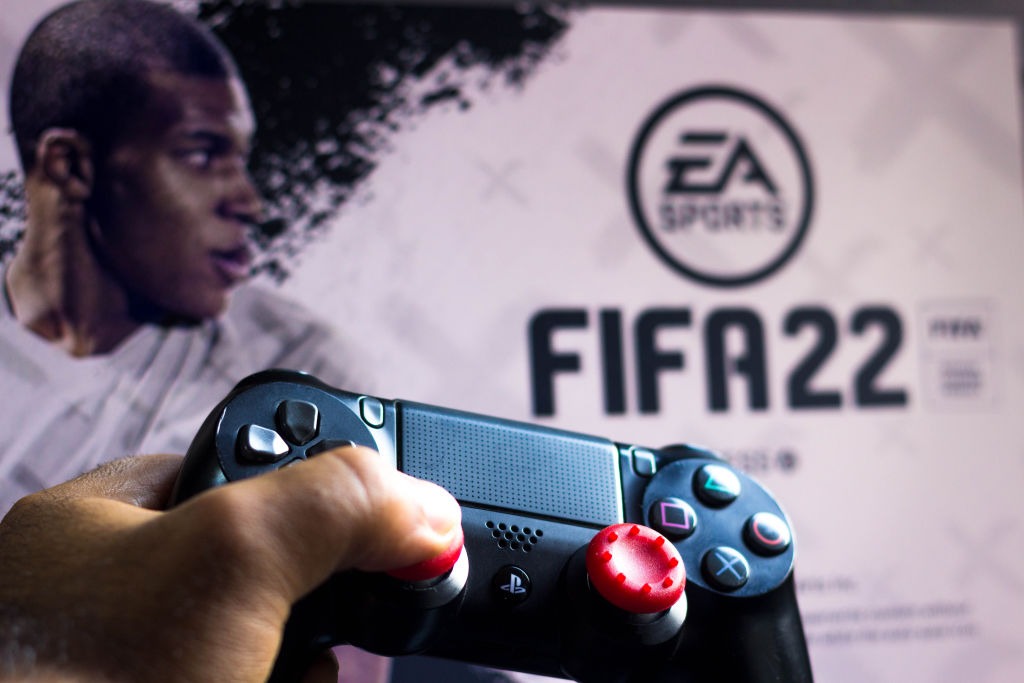 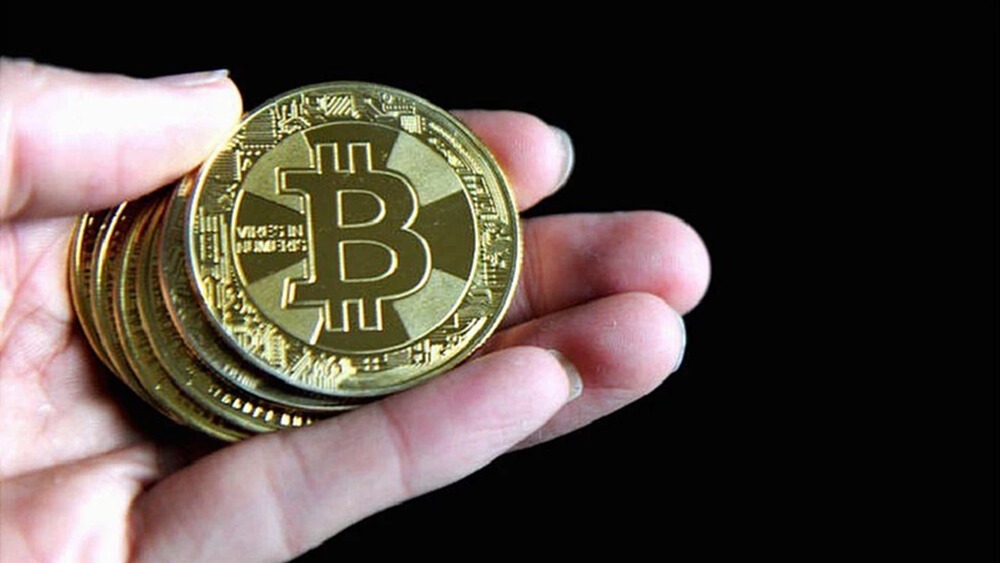 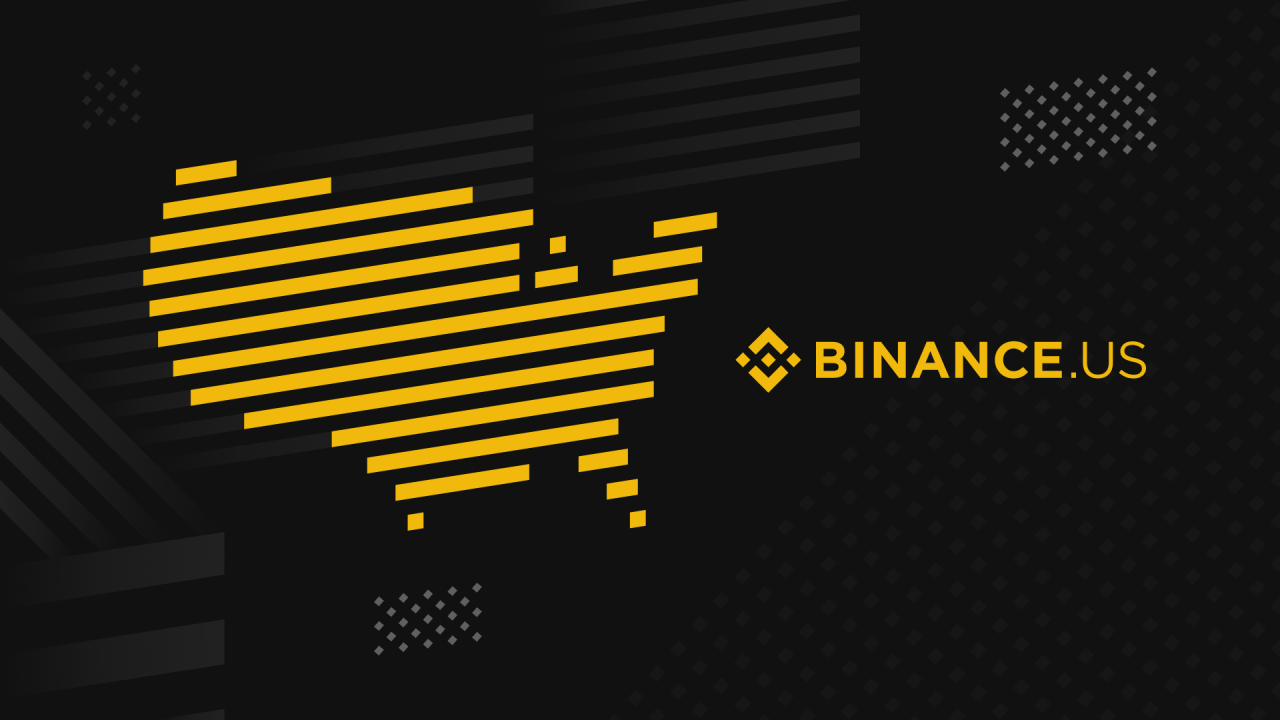 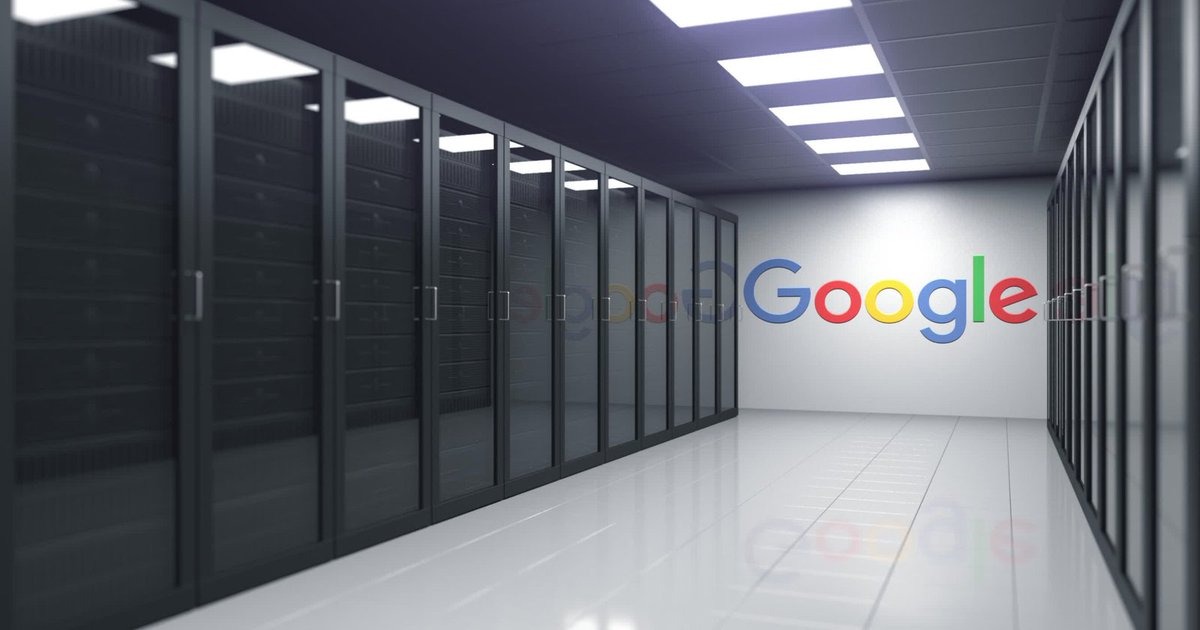 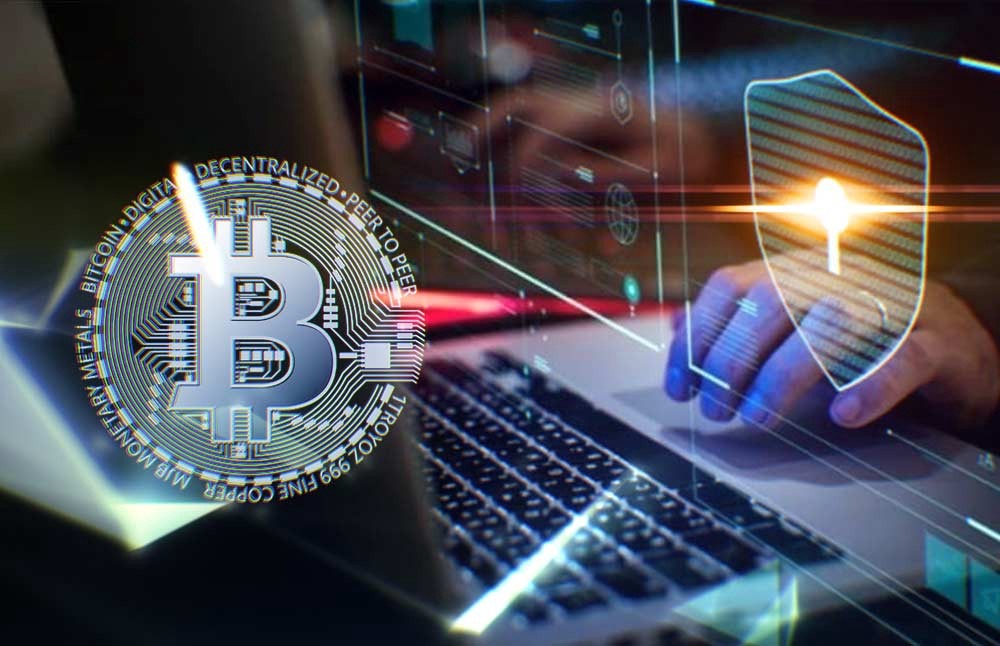 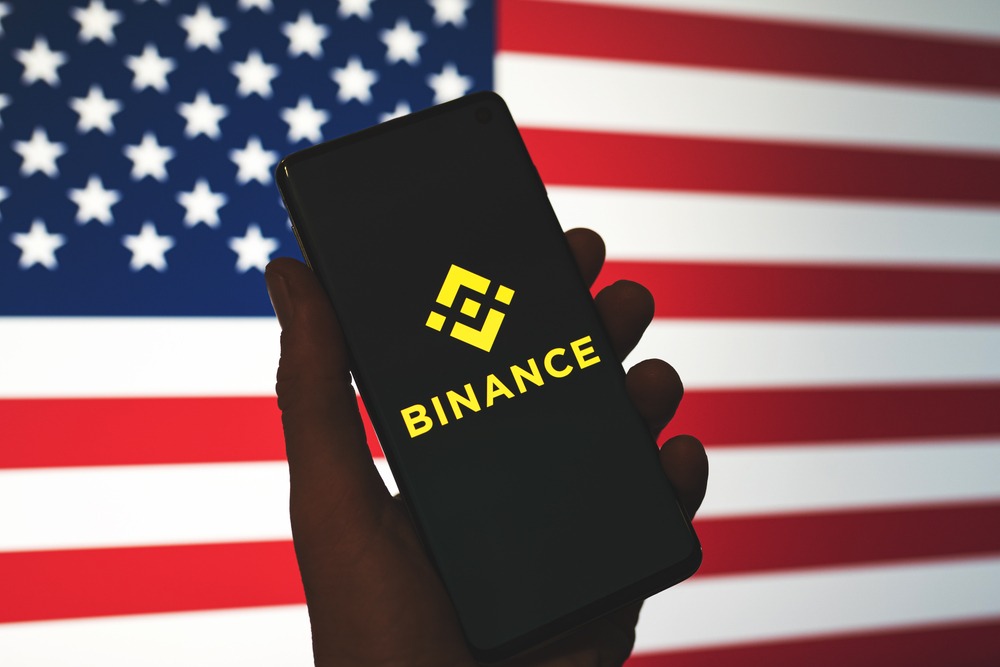