How Does Social Media Affect Mental Health in 2022? (Quick Stats)

Last Updated: November 25, 2022
There’s no doubt that social media can have an adverse effect on mental health. Let’s take a look at how it does so and some background information.
229
SHARES
FacebookRedditLinkedinTelegramWhatsappTweet Me 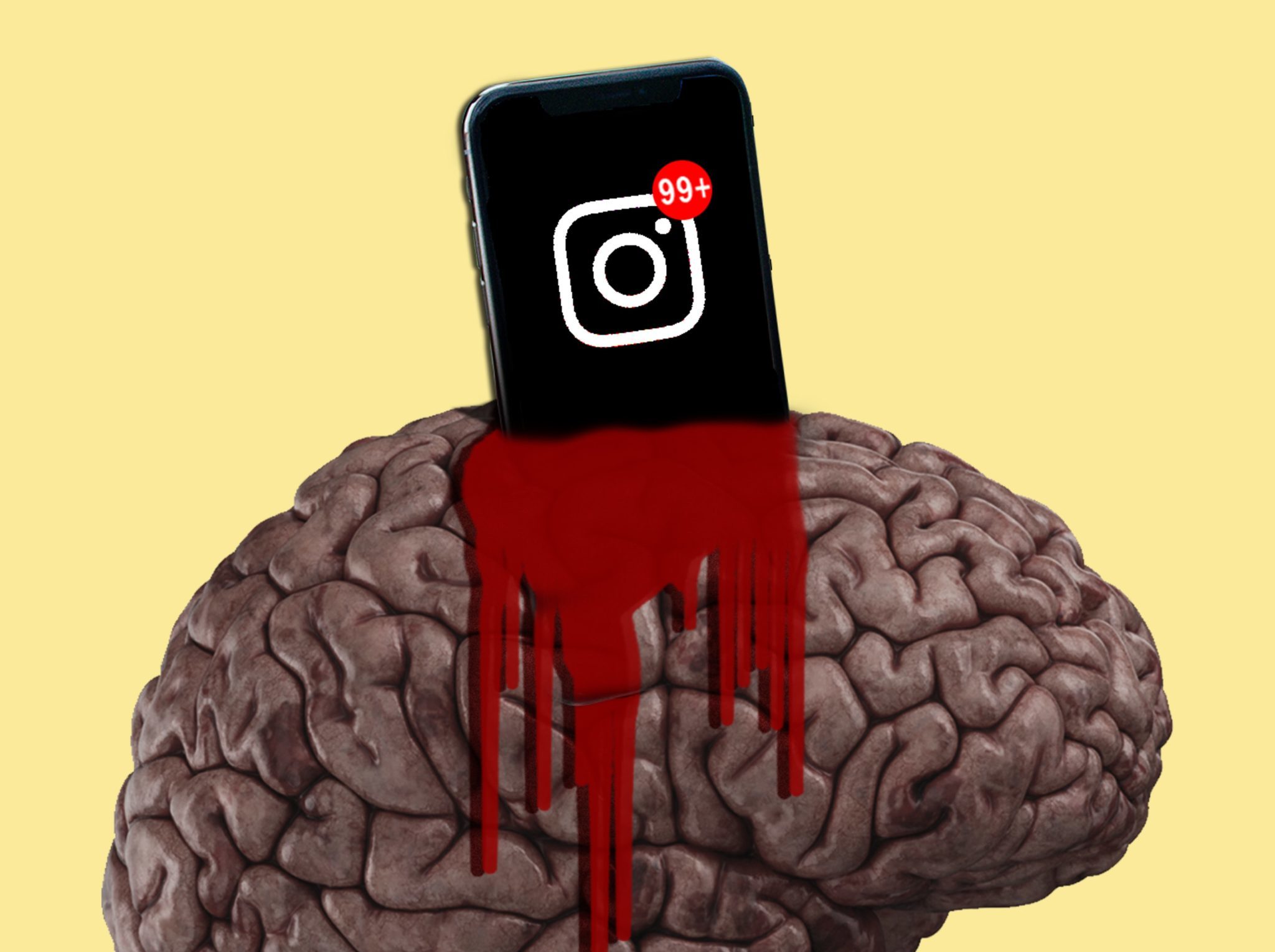 How does social media affect mental health in 2022?

Instagram is an extremely well-known platform, and it has had its fair share of news articles over the last few years, including one related to how it began to suppress likes, as it attempted to curb the comparisons and negative feelings associated with associating popularity with uploading content.

However, do these efforts help to mitigate mental health issues, or are they simply a short-term fix for a long-term problem?

Jacqueline Sperling, who is a psychologist at McLean hospital who regularly works with younger people who experience anxiety, says that it is a small step in the right direction.

She also says that even if you remove the ability to like someone’s content, there will be continuous opportunities for comparisons and feedback.

How Does Social Media Affect Mental Health in 2022?

There’s no doubt that social media can have an adverse effect on mental health. Let’s take a look at how it does so and some background information.

Risking it for the Reward

The thing about social media is that it has a reinforcing approach.

This means that it uses the reward center of the brain by letting out dopamine, which is a feel-good chemical that is associated with pleasurable activities including social interaction, food, and sex.

These platforms have been designed to be as effective as possible, and are associated with depression, anxiety, and even physical issues.

According to a study, 69% of adults and 81% of teenagers in America use social media.

This puts a huge amount of the population at an increased risk of feeling depressed, anxious or having some other issue related to social media use.

So, what makes users come back for more even when it literally makes them feel sick?

Sperling explains that when the outcome of something is unpredictable, we are more likely to repeat that behavior.

You can think of it as a slot machine, if the person playing the game knew that they were never going to make money from playing the game, then they would never play it.

The idea of being rewarded potentially in the future keeps the machine going. The same goes for social media.

These unknown outcomes and the potential for the desired outcome keep the user engaged with these sites.

To increase self-esteem and to be able to feel a sense of belonging in social circles, people post content in the hopes of getting positive feedback for it.

Marry this with the potential for future rewards, and you’ve got a recipe for people consistently checking their social platforms.

When looking at other people’s social activity, people typically make comparisons like ‘did my content get as many likes as another person?’

Or ‘why hasn’t this person liked my post, but this other person has?’.

They are looking for validation online that they are trying to replace for a meaningful connection that they could otherwise be making in real life.

Another factor in this is the fear of missing out. If everyone is using social media, and someone isn’t joining in, then there is the issue that they will feel like they’re missing out.

Missing out on experiences that you think you should belong to can create feelings of depression and anxiety.

When someone looks online and sees that they have been left out of a specific activity, it can affect their feelings and thoughts, and can even affect them physically.

A study in 2018 related social media use to disrupted sleep, which was linked to depression, poor academic performance, and memory loss.

Social media use can affect your physical health as well. Researchers now know the connection between the mind and the gut, which can result in muscle tension, headaches, tremors, and nausea.

Being Vulnerable in the Digital Age

The younger a teenager is when they begin to use social media, the greater the impact the platform is going to have on their mental health.

This is especially true for females. Teen males typically express aggression physically, whereas females tend to express it relationally, by excluding others and sharing comments that can be hurtful.

Of course, social media is going to increase the opportunity to facilitate these kinds of negative interactions.

As well as providing younger people with a window through which they can see missed experiences, social media also places a distorted filter on reality and appearances.

Social media sites like Instagram, Facebook, and Snapchat increase the chances of seeing filtered, unrealistic photos at a time when teenage bodies are changing, and they are especially self-conscious.

It wasn’t that long ago that teenagers read magazines that contained images of models that had been photoshopped.

Now, these images are available to them at any time in their Instagram feed.

Apps that provide the user with teeth whitening, airbrushing, and other filters are really easy to find, and even easier to use.

This means that it’s no longer just celebrities that look perfect, it is everybody.

When you apply a filter to the digital world, it can be difficult for teenagers to tell what’s real and what isn’t, which comes at a challenging time for them emotionally and physically.

Sperling explains that middle school is already a really challenging time for students when you consider all of their developmental changes.

As they are going through puberty, they have to figure out who they are, at a time where the front part of their brain isn’t completely developed, which means that there is a lack of impulse control.

All of this occurs while their relationships with their peers are becoming really important.

Teenagers are an incredibly vulnerable population to have access to something where there are no limits.

The thing about social media is that adults are vulnerable as well.

Over the last few years, plastic surgeons have seen an increase in young people coming in who want to look like what they look like online through a filter, and the vast majority of them are young.

Are the Platforms Going to Change?

Sperling also recognizes that social media platforms have positive features, including the ability to allow people to stay connected with friends and family around the world.

She realizes that there are some disadvantages to banning teens completely from sites that have become an integral part of their life, not just as a way to stay on top of what’s going on in their friend circle, but as a way to get news, and announcements.

Despite this though, she says that the platforms have opened Pandora’s box because they are evolving faster than we are able to research their impact.

She believes that we need to take a step back and look at how technology is affecting our society in general, when it comes to people needing instant gratification, staying home more often, and not interacting with their community.

Even a dating app can decrease motivation for a single adult to approach others in their community if they think that they can just connect with them online.

They could function more as a messaging service and highlight one-on-one communication.

Regardless of how social media plans on changing their platforms though, individuals are able to take control of their own behavior.

The trouble is that most people aren’t usually motivated to change their social media habits simply by hearing that it is bad for their health.

It is better for individuals to see what their limits are. It is most likely unrealistic for social media users to get off the platforms completely.

However, they can monitor their behavior online, and see how this behavior is impacting them negatively, and how they can behave as a result.

Sperling says that it is really important for people to conduct their own behavior experiments by writing their emotions on a scale of zero to 10, with 10 being the most intense.

They need to do this both before and after using a social media site at the same time every day for a week.

If you notice that you are feeling less happy after using them, then you might want to consider changing how you use the social media site, like using it for less time or doing other activities that you enjoy instead.

A study in 2018 showed that self-monitoring can change your perspective of social media.

If you’re worried about your child spending too much time on social media, the good news is that as a parent, you can develop a plan to tackle how much time your family members are going to be spending on their devices.

Strategies like these can teach your children healthy social media use, and they can also help them implement good sleep habits.

When teenagers start using social media, parents can ask that they turn their phones in at night, with the understanding that their parents can review their messages and posts.

This helps parents check-in because sometimes young people are more tempted to share their issues online, while their parents are left in the dark.

Monitoring can also encourage teenagers to remember that everything they share online is permanent.

This means if they don’t want their parents to see it, then they probably shouldn’t be posting it.

Sperling recommends that families modify the ways that they use social media.

They can perhaps try a no selfie rule, or a rule where their children post pictures of objects as opposed to themselves.

This way, their children can share their experiences without focusing on their appearance.

Sperling says that if your child feels like they are missing out because they aren’t allowed to use social media as much, it’s good for parents to remind their children that a good friend is going to find a way to spend time with them no matter what.

She also suggests that teens talk to their friends when they see each other at school, or even call one of the parents’ phones so that they can stay included.

The way that parents use their own phones can set the tone for how children believe they should grow up and use a device as well, so it is important to implement healthy screen habits as the parent too.

That’s all for how social media affects mental health in 2022.