Last Updated: August 21, 2022
In this article, we will look at a detailed list of Facebook video statistics.
187
SHARES
FacebookRedditLinkedinTelegramWhatsappTweet Me 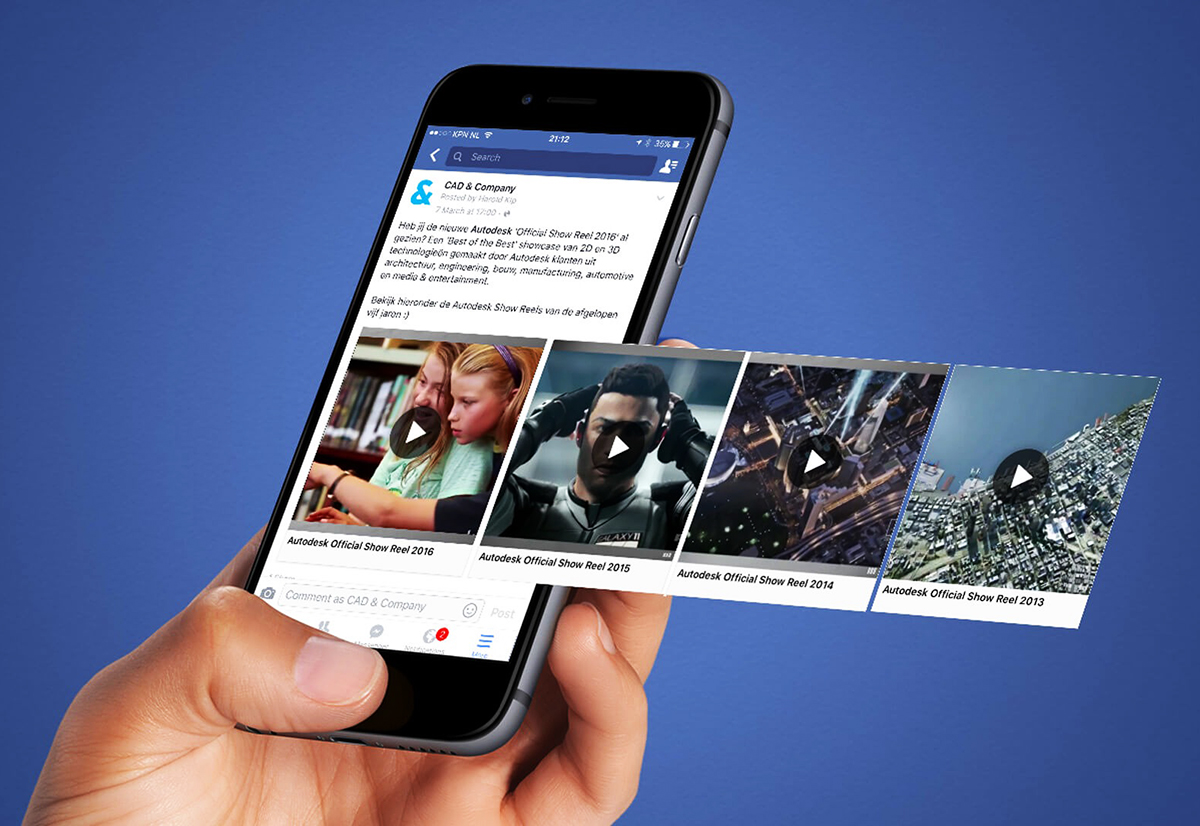 At the end of 2021, Mark Zuckerberg announced that Facebook would be rebranding to Meta, as a reflection of the company’s growing focus on the Metaverse.

The Metaverse is an interconnected virtual social environment.

This is because Facebook remains an important platform when it comes to social video ads in America, and around the world.

Facebook’s targeting as far as ads go, as well as content ranking algorithm will continue to evolve to meet lawful and ethical expectations as the conglomerate continues to face regulatory action.

The social media app’s massive reach and prestigious targeting is going to keep advertisers locked into Facebook video for at least the near future.

Digital video is growing exponentially. In 2022, traffic from online videos is going to constitute 80% of global consumer Internet traffic.

Facebook video statistics indicate that by 2024, Facebook is going to represent 30% on of online video ad revenue around the world.

Meta plans to cultivate Facebook video, to keep up with increased user consumption of digital video, adoption of video updates and live video, and branded videos from marketers.

Resource Contents show
1) Key Facebook Video Statistics 2022
2) Detailed Facebook Video Statistics 2022
2.1) Video Accounts for Half the Time Spent on Facebook
2.2) The Average Watch Time for A Facebook Video Is 10 Seconds
2.3) Facebook Daily Average Users Are Almost at 2 Billion
2.4) Live Videos Get Six Times the Interactions of Traditional Videos
2.5) 20% of Facebook Videos Are Live
2.6) 47% of Overall Ad Recall Is Achieved in Three Seconds
2.7) Over 1.25 Billion People Look at Facebook Watch Each Month
2.8) 85% of Facebook Videos Are Watched without The Sound
2.9) Over 60% of Video Revenue Comes from Mobile-First Video
2.10) Vertical Videos Are the Most Engaging Type of Video
2.11) The Average View-Through Rate on Facebook Is 30%
2.12) 13% Organic Reach and 6.3% Engagement Rate for Facebook Videos that Are Branded
2.13) 8 Billion Video Views Occur Every Day on Facebook
3) FAQs
3.1) What is Facebook Live Video?
3.2) What is Meta?
4) Final Thoughts
5) Sources
5.1) Related

Video Accounts for Half the Time Spent on Facebook

These days, over 500 million people now watch video on Facebook each day, and more than two billion people watch Facebook videos every month.

The Average Watch Time for A Facebook Video Is 10 Seconds

Facebook video stats indicate that the average watch time when it comes to Facebook videos is 10 seconds, and for a view to be counted as a single view, somebody has to watch a Facebook video for a minimum of three seconds.

The majority of Facebook users out there are going to judge a video based on the first 10 seconds.

If somebody watches beyond the 10-second mark, it is considered to be ‘consuming content’.

High watch times result in positive sentiment, because the user is likely interested and engaged.

For regular video, the ideal video length for good engagement is between two and five minutes.

Over 3.6 billion people use at least one app that is owned by Facebook every month.

Between Facebook, Instagram, and WhatsApp, Facebook’s social media sharing apps have stayed at the top of the American charts since 2019.

Facebook is still the bigger social media app, and its huge outreach makes it one of the most appealing apps when it comes to marketers.

Live Videos Get Six Times the Interactions of Traditional Videos

According to Facebook video statistics, it appears that Facebook live videos are more popular than traditional videos.

As a result, Facebook live videos have an average engagement rate of 4.3%, compared to 2.2% for traditional videos.

Facebook has set a time limit for their live video sessions to 8 hours.

For every five videos that are posted on Facebook, one of these is going to be a Facebook live video, which means that live videos represent 18.8% of total Facebook videos and using live videos to produce content has increased by 55% in 2021.

Live videos also let marketers reach their audiences in a way that is off-the-cuff, with the aim of gaining a higher level of your involvement over the long-term.

47% of Overall Ad Recall Is Achieved in Three Seconds

According to Facebook video stats, 40% of ad recall occurs in the first three seconds of watching a video ad.

This means that when it comes to marketers, it is possible to build brand awareness, even if the Facebook user is only seeing the very start of the video ad.

This is testament to Facebook’s impressive ad honing capabilities, and it also suggests that ad recall is high as a result of Facebook being so skilled at directing ads that line up closely with the users’ interest.

Over 1.25 Billion People Look at Facebook Watch Each Month

While Facebook Watch might be a relatively new feature, it has certainly gotten the attention of a huge percentage of Facebook’s audience, and it is growing quicker than other types of video content.

Facebook also discovered that adding captions to videos improves the watch time by 12% as an average.

Over 60% of Video Revenue Comes from Mobile-First Video

Facebook considers mobile-first videos as videos that have been shot vertically or are less than 15 seconds.

As a result, over 60% of Facebook’s video revenue comes from mobile-first videos.

Obviously, this indicates that a lot of people are choosing to consume their Facebook video content through their mobile phones.

Vertical Videos Are the Most Engaging Type of Video

They aren’t just the most popular video format, but they also have a higher engagement rate than square or landscape formats.

The view-through rate is different from audience retention, and it can be worked out by dividing viewers that are unique with people reach.

Of course, these averages are going to vary a lot depending on the industry.

13% Organic Reach and 6.3% Engagement Rate for Facebook Videos that Are Branded

As the number of people watching Facebook videos increases, Meta continues to develop and invest in more opportunities for creators and businesses to reach them.

Specifically, live video presents businesses and creators with a way to connect with users in the moment, to foster a community.

This means that you get to connect more intimately with the content creator, and it is especially relevant with brands who are trying to connect with their audience on a more personable level.

Meta is the rebranding of Facebook, which occurred at the end of 2021.

Mark Zuckerberg made this move, because he wanted to distance himself from the controversies that Facebook has stirred up over the last few years, including issues around privacy and security.

As you can see, Facebook is spending a lot of their time and money focusing on their Facebook video features, because they are proven to be wildly popular with their users.

Yes, other forms of content are still relevant, and everybody likes something different, but it is interesting to look at Facebook video statistics like this, especially if you are a brand, and you’re hoping to connect better with your audience on Facebook.