Last Updated: October 10, 2022
Here we will discuss some of the fascinating Web 3.0 statistics and see how likely this Internet iteration will change the world.
187
SHARES
FacebookRedditLinkedinTelegramWhatsappTweet Me 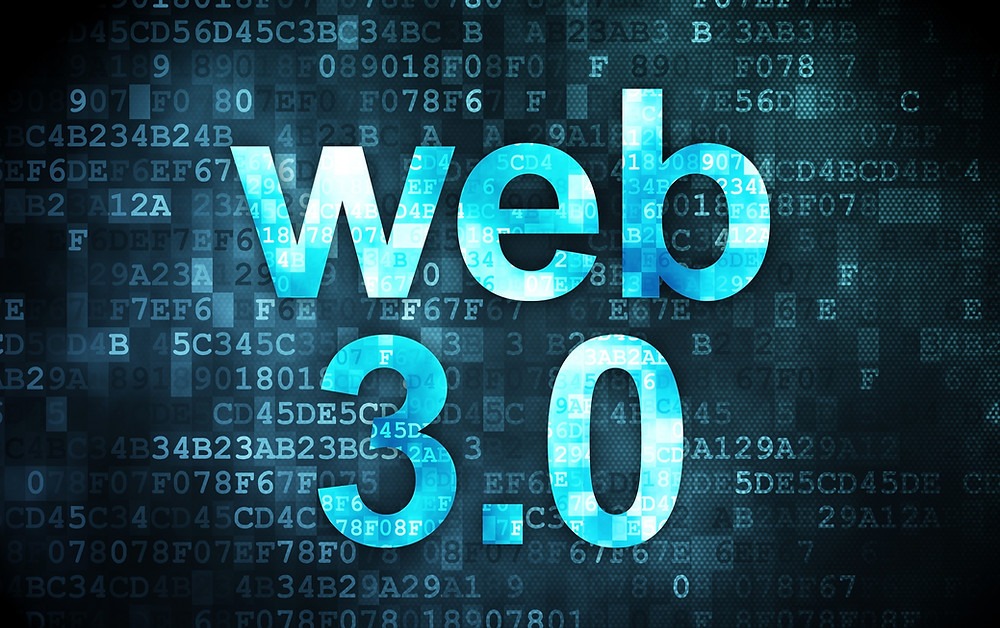 Many have heard about Web 3.0, Web3, Decentralized Internet, etc.

These terms may be new, but the core concepts have their roots in the invention of the Internet.

Web 3.0 is no longer only a concept but has emerged as a reality in various fields and has spawned several companies and platforms to lead the way.

Here we will discuss some of fascinating Web 3.0 statistics for 2022 and see how likely this Internet iteration will change the world.

To understand Web 3.0 statistics, we must first dive into the history of the Internet itself and see how this iteration came to be.

Web 3.0 is a concept that defines the next milestone in the evolution of the Internet.

Web 1.0 and 2.0 are largely centralized. Web 1.0 was the early iteration of the Internet, where a centralized company used to be a focal point, and the content used to be read-only.

Web 2.0, on the other hand, is the recent iteration that mostly focused on communities in the form of social media and content platforms.

It is mostly owned by a company and is heavily centralized. Google and Facebook would be good examples.

In both Web 1.0 and Web 2.0, the users are the product, i.e., companies earn most of their income by showing ads or selling products to the users.

However, the Internet was never meant to be this centralized.

World Wide Web inventor Tim Berners-Lee’s original concept of the Internet where “no permission is needed from a central authority to post anything … there is no central controlling node, and so no single point of failure and no “kill switch” doesn’t apply in these two iterations.

However, Web 3.0 comes very close to the inventor’s idea with its core concept of decentralization.

Technologies like Blockchain, Decentralized Finance, NFTs, Artificial Intelligence, and Metaverse are some of the key contributors to Web 3.0 and make it truly a decentralized iteration of the Internet to date.

Note: The above-presented statistics and studies are rather evolving than a constant truth.

Web 3.0 is one of the fastest-growing industries. One of its technologies, Blockchain, is the biggest and most influential technology of today’s time.

According to Market Research Future, the web 3.0 blockchain technology is expected to be worth more than 6 billion dollars in 2023.

The overall web 3.0 is also growing at an unprecedented rate of 44.6% and is expected to remain the same till 2030.

This rate of increase is bound to challenge some existing systems and dethrone them.

The total market size of web 3.0, including blockchain, NFTs, Metaverse, and other technologies, is expected to reach 81.5 billion dollars in 2030.

In terms of market segments, up until 2021, the banking and financial sector represented 33.0% of the total web 3.0 blockchain market.

It is further expected to grow in 2022 and after.

This growth can be attributed to scalability, speed, and reduced transaction cost compared to traditional banking methods, which is a very attractive benefit for these BFSI sectors.

Other sectors, such as IT & Telecom, Media & Entertainment, Retail & Ecommerce, etc., are major market segments that have an increasing utility of web 3.0.

Also, by 2026, 2 billion people are projected to spend more than 1 hour in the Metaverse to either shop, attend gatherings, socialize or consume content.

This will significantly change how we communicate and exchange information with each other.

The future of web 3.0 seems great. However, there are also some challenges that web 3.0 has to face on the way.

There is substantially less manpower to design and develop projects in the sector.

As of last year, i.e., 2021, only about 18,500 developers are contributing to open-source web 3.0 projects worldwide, which is significantly less than web 2.0’s massive army of programmers and designers across the globe.

There is also a scarcity of blockchain and other web 3.0 developers to continue the growth of this technology as there are not enough programmers skilled enough to sustain the growth.

Binance, Polkadot, Braintrust, OpenSea, Immutable, etc., are some of the leading companies in this sector.

Braintrust is one big company that links skilled professionals with the world’s leading companies. Its network has over 700,000 community members worldwide.

The United States-based Helium Systems, ann Internet of Things (IoT) development,r, is the largest when you go by Revenue.

OpenSea is another company that is a peer-to-peer NFT marketplace and is also the largest one is a good example for companies venturing into marketplaces and eCommerce.

In Metaverse technology, Spatial is a pioneer. It lets brands and Content creators build their own spaces where they can host their audience and serve information and content.

As web 3.0 is built on blockchain protocols, these networks also have their own tokens that act as a currency on the network.

A recent survey by Klaviyo suggests that 54% of the participants want more and more companies to accept cryptocurrencies to make transactions easier and seamless.

This will, they say, increase the adoption of tokens and currencies, ultimately replacing paper money.

The February Super Bowl in the US saw one of the largest expenditures in the advertisement from the Web 3.0 community of 54 million compared to 20 million or 10 million in March and April, respectively.

The value of cryptocurrencies like Bitcoin and Ethereum have reached the $70,000 mark in previous years and are expected to cross the $100,000 mark soon.

Bitcoin is the world’s largest cryptocurrency by market value and has been regarded as an asset class.

Although web 3.0 is a fairly new set of technologies and an iteration of the Internet, the blockchain and metaverse parts are the most popular and talked about.

In recent research, Microsoft’s Work Trend Index 2022 shows that 51% of Genz and 48% of the millennial generation said they see themselves doing a portion of their work on Metaverse in the next two years.

A Vice media group research shows this generation also spends 15% of their casual expenditure on Metaverse, a significant amount.

This number is sure to climb in 2023 and beyond.

In the same line, 38% of those interviewed suggest that they will try extreme sports in Metaverse. As the number of users of Metaverse increases, the results are likely to improve.

Also, in another study by Vox media, an insanely large number of respondents, i.e., 87%, said they would love to interact and engage in the platform if the virtual experience is built around celebrities they like and love.

The same research also states that around 77%, a huge number for the size of 1000 people, said that Metaverse would harm society in one way or another.

They also raised the question of the effects of the Metaverse on children’s minds. With AR technology, 46% are likely to purchase something on the Metaverse.

This is where e-commerce companies and web 3.0 can combine to impact the world in terms of retail, clothing, jewelry, etc., per the Productsup survey results.

As expected, the new generations are more excited about web 3.0 and are active participants in it through cryptocurrency ownership, NFTs, and Metaverse compared to older generations.

For example, 9% of participants under 16 to 44 years old said in an SCS agency survey that they had either invested or purchased cryptocurrency.

However, this number is increasing daily and year by year.

In the same SCS agency survey, 64% of the 600 participants said that they know about Metaverse, and 65% of them will explore more about Metaverse and its utilities in their daily lives.

81% of participants also stated that Web 3.0 and its tool would be good for the happiness and well-being of the user.

However, they are also worried that these technologies will probably increase cybercrime. 43% said there is a need to regulate the technologies to create a safe online environment.

With new technologies, the question of security is always raised.

There have already been several frauds and scams in the context of Web 3.0 and its core technologies like Cryptocurrencies, NFTs, and Tokens.

For example, web 3.0 security firm Beosin conducted a study revealing that 48 attacks led to the loss of those mentioned above $718 million, each accounting for more than $100 million.

Decentralized Finance (De-Fi) is one of the most targeted and accounts for more than 79.2% of the total attacks in Q2 2022.

The prominent player in the Crypto market, Ethereum, also saw a total of $381.35 million last quarter due to cyber-attacks, frauds, and scams.

Although blockchain is tamper-proof and cannot be changed unilaterally, other infrastructure components, such as Smart Contracts and other codes, are not tamper-proof.

Impact Of Web 3.0 On Businesses

Web 3.0 has already started impacting businesses across the world.

The main feature of Web 3.0, i.e., scalability, speed, and reduced transaction cost, completely aligns with the interest of any business.

In addition, these features can help businesses increase their product or service quality and monitor and keep records significantly.

As this technology is still early, it can evolve to help a business in many more ways than we can imagine.

Several new business models are being introduced with the help of Web 3.0.

These models are completely different from traditional business models and are based on the product/service provided under the web 3.0 concept.

Therefore, Web 3.0 is seen as the evolution of the Internet again, leading us to a decentralized web imagined by its inventor.

These technologies have given rise to companies and platforms trying to build a better connected, secure, decentralized, and truly democratic Internet.

But with all new ideas, challenges are a part and parcel that come with it.

But these Web 3.0 Statistics we have highlighted above, show promise for the future that is worth striving for.