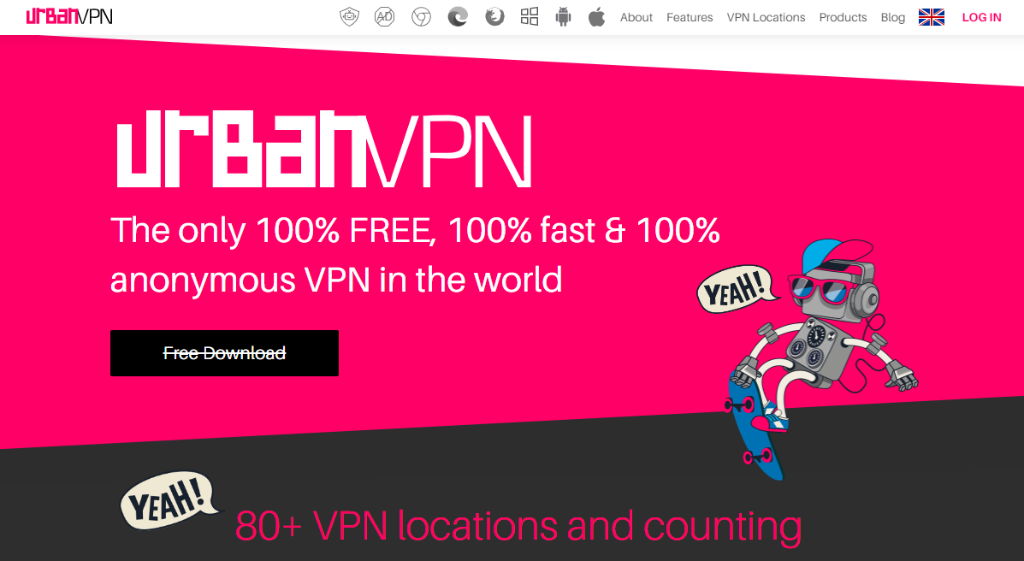 Last Updated: October 17, 2022
Are you looking to hide your IP address but don’t have the money to pay for a VPN? Luckily, the problem is solved in this article which contains Urban VPN review.
229
SHARES
FacebookRedditLinkedinTelegramWhatsappTweet Me
EarthWeb is reader-supported. When you buy through links on our site, we may earn an affiliate commission.

Before we get into a detailed Urban VPN review, the benefits and drawbacks of using this VPN and its key features are briefly discussed below.

Are you looking to hide your IP address but don’t have the money to pay for a VPN? Luckily, the problem is solved in this article which contains Urban VPN review.

With Urban VPN, your IP address can stay safe without breaking the bank. A large number of its servers may be found in 85 different countries.

This VPN stands out not only due to its low pricing but also because of its superior service quality.

These are the things claimed by the service providers, but users review and reports say otherwise.

There are several issues reported related to security and privacy incompetence of this VPN. It usually fails to keep your network safe.

We felt it was important to evaluate the security and confidentiality options available to users of Urban VPN as an aspect of this VPN evaluation.

The best VPNs will safeguard your information with features like DNS leak prevention and a strong no-logs policy.

In what ways does Urban VPN keep your data safe? Disappointedly, the answer is a no.

If your VPN connection drops for any situation, Urban has a solid kill switch built in to prevent your real IP address and browser history from being exposed.

Having this assurance is welcome, especially when employing a public wireless network.

The P2P community of Urban VPN users runs and maintains the service, as explained on the “Why Free?” portion of the Urban VPN webpage.

A customer’s internet traffic is re-routed via another computer device once joined, and vice versa, according to the company’s claims about Urban VPN.

However, some many issues and questions are brought to light by the Urban approach to cyber security.

Urban VPN’s data encryption and security practices are not made public. It’s also not simple to foretell how much of your computer’s capabilities the Urban VPN apps will need.

You should also consider the consequences if anybody else used your IP address for malicious purposes while connected to Urban VPN.

Is Urban VPN Safe And Legit, Or Is It A Scam?

In addition to being legitimate and offered in 82 countries, using Urban VPN is completely lawful.

Since it deals with cyber security and is run by a well-known IT/security firm, visitors to the site have little to fear in the way of fraud.

Independent parties have tested urban VPN for the presence of spyware and malware, and it has failed a few tests and it is to early to declare it as a fool proof security provider.

There is no data theft, but a thorough reading of the privacy statement reveals that the site keeps a log of user information for an indefinite period.

Users cannot have their information sold via a “do not sell” opt-out mechanism buried in the “about” page. But who know this feature works or not making this even more unsecure.

Before providing confidential info to a VPN, users should ensure the site is legitimate.

Urban VPN encrypts and anonymizes user data by routing it via the computers of other UrbanV PN customers.

AES – 128-bit security is used, which is significantly weaker than the AES – 256-bit secrecy used by the majority of premium VPN services.

As this is an honest Urban VPN review, the features of Urban VPN are not particularly impressive.

Some functionality is missing, such as a kill switch and the ability to split the tunnel or use a double VPN.

The vast quantities of people who have downloaded it begs the question: why? The justifications are as follows:

Unlike competing products, Urban VPN does not require a trial period and instead offers an entirely free service with no strings attached.

Additionally, an email address is not required to sign up. Simply get the app, choose your server, and you’re good to go online or start a streaming video.

You can send and receive as much data as you like with the subscription. It’s a tremendous competitive edge once again.

Those needing a simple VPN that won’t break the bank should seriously consider this option.

It’s a program that works on multiple operating systems. Urban VPN is compatible with Windows, macOS, iOS (including iPad and iPhone), and Android devices.

The following OSes are compatible with this VPN:

The aforementioned Urban VPN extensions and updates for Chrome, Edge, and Firefox are all readily available. However, the provider does not offer instructions for manually setting up the product.

There is no built-in software for the network, and no documents are provided to set it up with other applications or hardware.

Because of this, smart TVs and other Linux-powered devices cannot use Urban VPN. Given its lack of console support, there is no way it could make any sort of VPN selection for gamers.

Among the many locations where Urban VPN operates servers in Europe, several countries provide hosting for a minimum of one domain controller.

As a whole, there are around 80 distinct places covered. Given that Urban is a P2P VPN—using its own members as servers—there is no need to specify a total number of servers.

We’ve already discussed the privacy issues, but how does it actually help you out in practice? Well, this peer-to-peer feature could explain why Urban VPN is more successful than most free VPNs in bypassing geographical restrictions.

However, it could also explain the inconsistent and fluctuating velocities. All things considered, it raises more red flags than it does benefits.

Users of Urban VPN are free to disregard ever hitting their monthly data cap.

Users have complete control over what they download and stream across the VPN tunnel, thanks to Urban VPN.

Using a virtual private network (VPN) in the city lets you stream Netflix, YouTube, and other media without worrying about your data usage.

This is what happens to visitors whose actions are deemed to be in breach of the rules set forth by a given website.

A website may choose to prohibit a user for a variety of additional reasons.

By employing the Internet address of the Urban VPN server, your online activity can’t be traced or monitored by your Internet service provider or other authorities.

With an urban VPN, you can access sites that may otherwise be inaccessible, such as Twitter, sizzling star, Google, Firefox, Netflix, and more.

Like other proxies, the Chrome add-on and pc program for Urban VPN linked almost instantly.

On our 75 Mbps UK test line, performance was satisfactory, and in the US, speeds of between 150 and 200 Mbps were achieved.

That is competitive with a lot of VPNs, though we doubt it has the same security costs.

Please keep in mind that this is a P2P VPN, meaning you will have a link to the assets of other clients, and they will have a connection to yours.

Although the basic speed test outcomes were positive, real-world browsing appeared to be more influenced by Urban VPN, with several sites taking substantially slower to load.

The Chrome add-on was useless since it seemed to superimpose its own advertisements on some sites.

Because of this, it wants access to “read and update all your information on the pages you visit, ” but it’s not yet obvious why it also needs access to “control your applications, plugins, and themes.”

We would hazard a bet that whatever it is doing is more to Urban VPN’s advantage than yours.

Since Urban VPN uses peer-to-peer networking rather than depending on a small set of central servers, it is often able to bypass geo-restrictions and grant access to otherwise-blocked websites.

It makes sure that every site you browse and link you click on is secure. Urban VPN is a browser extension that provides an extra layer of security while you’re online.

To protect your discrete graphics cards from cybercriminals and security agencies, you should use a virtual private network (VPN).

Secure your online experience across all of your gadgets, particularly if you’re frequently on the go. You can get Urban VPN from the App Store or Google Play, among other places.

And you can log in to your social network profiles and watch shows on streaming services like Netflix from any computer, any time.

The overall verdict about Urban VPN has to be negative and not recommended. This is all due to the risks and reports about lack of security features.

Your IP and data might not be secure with this VPN, so it is not recommended. 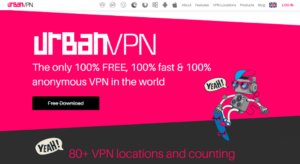 Are you looking to hide your IP address but don't have the money to pay for a VPN? Luckily, the problem is solved in this article which contains Urban VPN review. 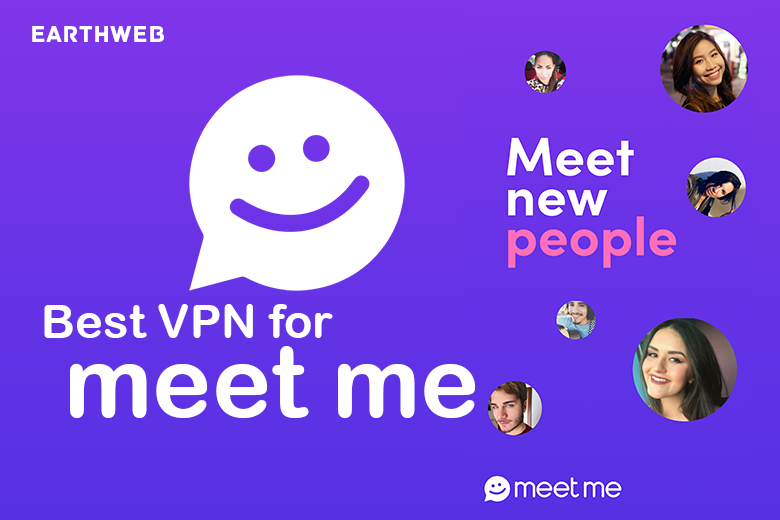 Last Updated: October 17, 2022
Are you looking to hide your IP address but don’t have the money to pay for a VPN? Luckily, the problem is solved in this article which contains Urban VPN review.
229
SHARES
FacebookRedditLinkedinTelegramWhatsappTweet Me

EarthWeb is reader-supported. When you buy through links on our site, we may earn an affiliate commission.
229
SHARES
FacebookRedditLinkedinTelegramWhatsappTweet Me