Last Updated: July 21, 2022
Here are some of the latest Patreon statistics that will give you an insight into the vivid world of Patreon.
166
SHARES
FacebookRedditLinkedinTelegramWhatsappTweet Me 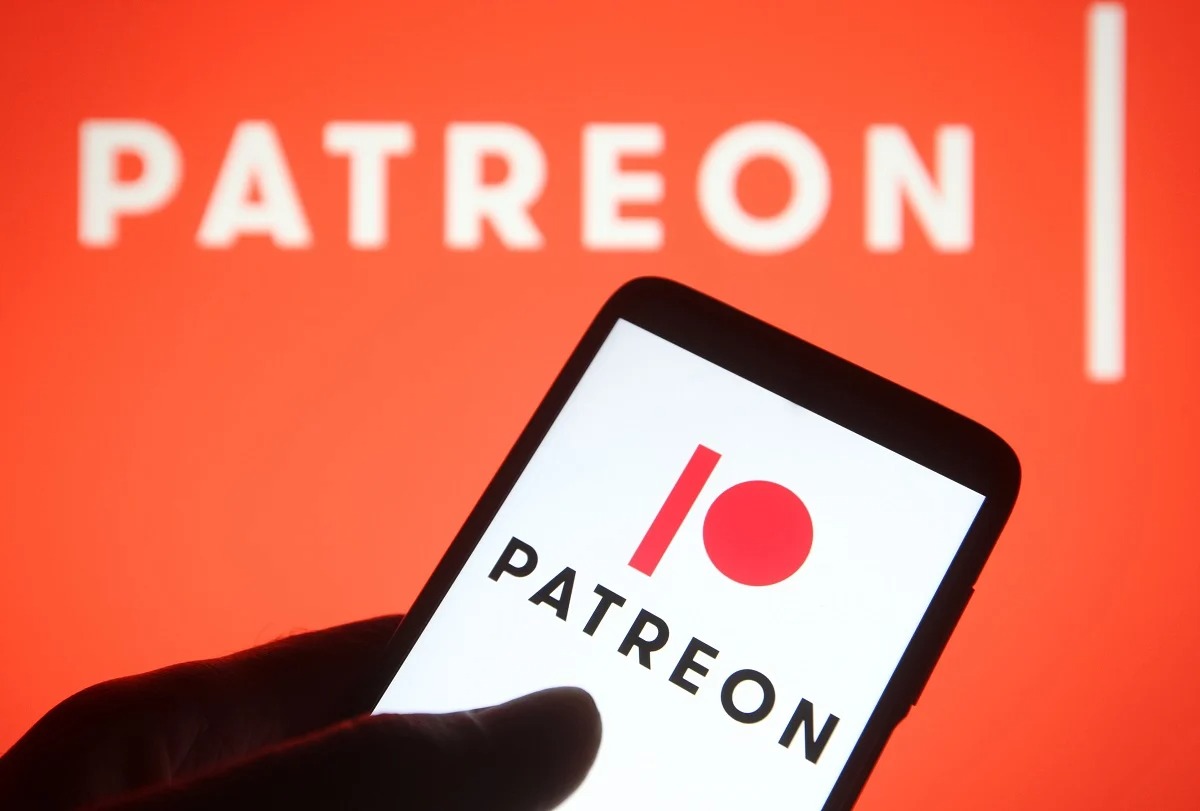 Patreon statistics in 2022 are on the menu today.

If by any means you don’t know what Patreon is, it’s a membership channel that helps influencers and creative communities to get paid.

Simply put, it’s a platform where creators or influencers execute an artistic service or upload some kind of product, and in return, their supporters or fans (also called patrons) use the platform to show their support to them in the form of payments.

It goes without saying when the COVID pandemic hit in 2020, more and more influencers and creators reached out to the Patreon platform.

With many events being canceled around the world and more time being stuck at home, the platform has presented a way that creators could use to express their inner talents and potentially earn some money as well.

Since the time Patreon was first launched in 2013, it has experienced spectacular growth. This platform is allowing its creators to earn money while creating content.

More fans or supporters are promising more money to creators on the channel than before, and it’s continuously having a notable impact on influencers and content creators.

As influencer’s creative communities discover greater means to monetize, their ability to connect with their viewers and content grows stronger.

Due to this action, content creators’ and influencers’ work and interaction with audiences are fundamentally altered.

From Hank Green to Simone Giertz and many other creators in between, the influencers and creative communities are redefining exactly how to make a living in art.

The success of Patreon portrays a powerful network of supporters who are active and engaged in the content related to creative work.

These Patreon statistics in 2022 prove that influencers and creators attract huge crowds who love watching their work and success. Sounds interesting, right?

Here are some of the latest Patreon statistics that will give you an insight into the vivid world of Patreon. So, if you don’t want to miss anything, walk through the write-up.

The platform helps artists and content creators generate monthly revenue by offering perks and rewards to their subscribers.

Well, the platform does charge a commission of around 9% to 12% of influencers’ monthly revenue, on top of payment processing fees.

It allows content generators to receive allowance directly from their supporters or fans (aka patrons) either on a per-work or recurring basis.

Patreon has witnessed incredible growth in the past year, a twofold increase in the number of creators using the same.

With more than 250,000 creators, the channel is stronger than ever. As of now, patrons have paid millions of dollars to the creators and engaged with them regularly.

And therefore, more influencers and content creators are using this channel to monetize their work.

Based on the data from some trusted sources, 213,233 creative communities have at least one subscriber (patron).

That means the number of creators increased by 18.39% since September 2020.

Moreover, Patreon has seen a 5.58 times increase in its number of creators since September 2016. During that period, 175,020 new creators have joined the channel.

In fact, over the past two years, 79,556 new participants (over 30% of the total creator-base) have registered themselves in the platform.

2. Patreon Has Over 6 Million Monthly Active Supporters, Which Are Called Patrons

Okay, you now know the number of Patreon creators, and it’s time to talk about the individual that makes the platform so popular: the supporters (aka patrons).

Patrons (or subscribers) are the ones that protect and boost this channel by showing encouragement to their favorite artists or content creators.

They encourage the Patreon creative communities and influencers to create non-stop content on the platform, and thus without patrons, the channel couldn’t have achieved this much success.

Patreon has over 6 million monthly active patrons, according to the latest updates.

The number of supporters has increased by two-fold over the past year. In fact, 4 million new patrons have joined the platform since 2017.

There were 2 million supporters in 2017, and the numbers tripled up in 2020 with 6 million patrons.

3. Almost Half (47.4%) of All Patreon Creators Generate Content Within One of The Following Four Categories: Video, Podcasts, Music, and Gaming

According to the latest reports about Patreon statistics, video, podcasts, music, and gaming are the four categories the creators and influencers produce content.

Based on data, around 47.4% of all content creators on the channels are dedicated to these areas, holding a total of 99,952 profiles.

Video and podcasts are the two most popular categories on Patreon, with a maximum number of creators.

Their estimated monthly revenue amounts to more than 6.4 million USD.

The payout is up to almost 1 million USD within one year. That’s an astounding 16% increase in the monthly revenue.

Although the podcast category may not attract almost as many supporters as the video genre, surprisingly, the top Patreon creator carries out a podcast.

There are currently 16,000 podcast creators on the platform having at least one patron, and the estimated monthly revenue for this genre amounts to nearly 3.6 million USD.

Well, even though video and podcasts are the dominant genres on this channel, there are many other genres available on Patreon.

4. The Annual Revenue of Patreon for The Year 2021 Amounts to Around 160 Million USD

The Patreon platform makes a profit by taking a portion of all creators and influencers’ earnings generated via the platform.

It currently charges a commission of 9% to 12% of creator earnings (along with a payment processing fee) in response to the content creator’s (client’s) product plan.

According to the data, the company registers an annual revenue of 80 million USD in 2020, assuming the average commission to be 8% of total earnings.

Talking about Patreon’s annual revenues over the past couple of years, it’s seen that the company earned 30 million USD in annual revenue in 2018.

As the community of Patreon users continues to grow, more and more influencers and creators of the platform are getting paid.

And as a result, the company’s revenue increases its average percentage of commission depending on the number of monthly income creators generate from patrons.

As per the latest report, Patreon registered over 160 million USD in annual revenue in 2021.

Looking at the average annual revenue of the platform over the years, we can easily say that the platform keeps on increasing its annual two-fold with every passing year.

5. Creators on Patreon Earn More than 100 Million USD per Month and 2 Billion Annually

From the online gaming content creators with only 10 patrons to very popular content creators having thousands of patrons, the Patreon platform is designed in such a manner that it can be used by everyone.

According to the latest Patreon statistics, creators on the platform generated a monthly revenue of 23.64 million USD in September 2021.

The per month incomes of creators have increased by approximately 23.18% over a period of one year, increasing from 19.19 million USD in September 2020.

Moreover, there are currently over 200,000 creators on the platform, sharing their work or content.

And together, these creators earn over 100 million USD per month from more than 6 million supporters (patrons) in the world.

Speaking of annual revenue, creators on Patreon used to make a combined earning of 500 million USD in 2019, and the numbers increased to over 2 billion USD in just two years.

That means the overall creator earnings on Patreon have doubled up since 2019.

As per the latest data, in October 2021, the average monthly website visit of Patreon was 84 million.

7. Patreon Has Raised a Combined Funding Amount of 413.3 Million USD

According to some trusted sources, Patreon has concluded 7 funding rounds so far, raising a total of 413.3 million USD.

Its most recent principal includes Lone Pine Capital, Tiger Global Management, and Woodline Partners, who contributed to the Series F round held in April 2021 that amounted to 155 million USD.

Using this funding amount, the company hopes to focus on improving the experiences for patrons and creators on mobile and desktop.

Moreover, around 59.45% (245 million USD) of the platform’s funding has originated from the Series E and F rounds. These two rounds were announced within 8 months of each other.

8. The Membership Platform Patreon Has Over 200 Full-Time Employees

The employees of Patreon are as important as the platform itself. Most Patreon employees say that they’ve clear goals for their careers.

Unlike other platforms, the majority of Patreon employees are happy and satisfied with their jobs.

In contrast to other occupational benefits such as advancement and compensation, its employees feel work-life balance is the most important thing.

The company currently has over 200 full-time employees. Patreon has 4 offices, 3 of them are located in the United States and one in Dublin, Ireland.

That’s pretty much everything that reflects the top-notch Patreon statistics in 2022.

The content monetization platform has gained considerable exposure in recent years, and the forecast rests on the positive direction.

Have you started generating revenue already, or are you planning to start your journey right after this write-up concludes? 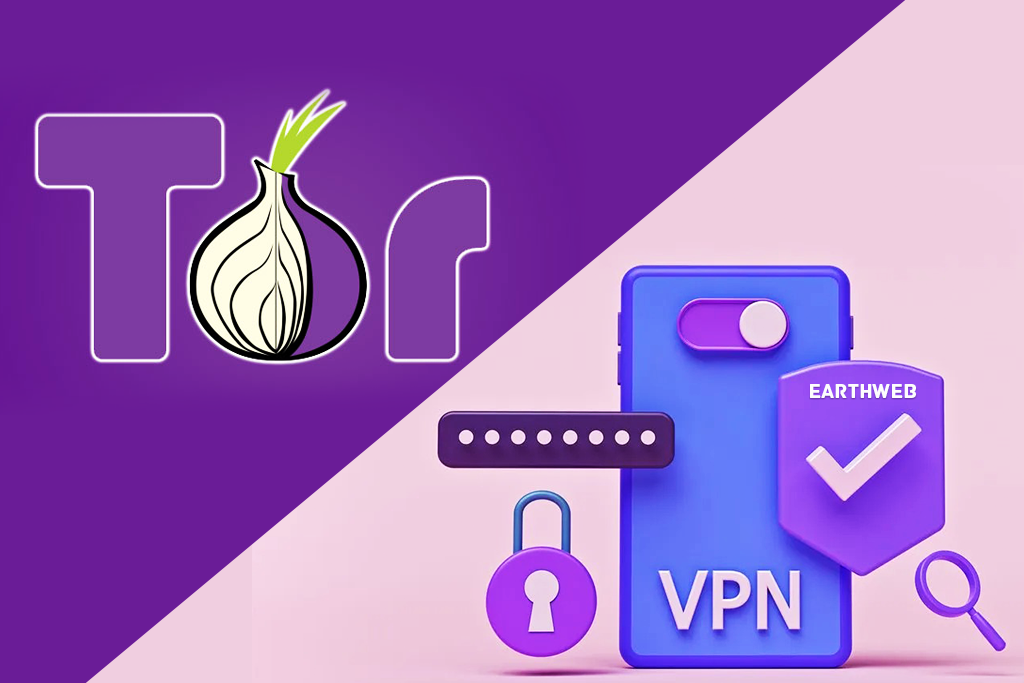 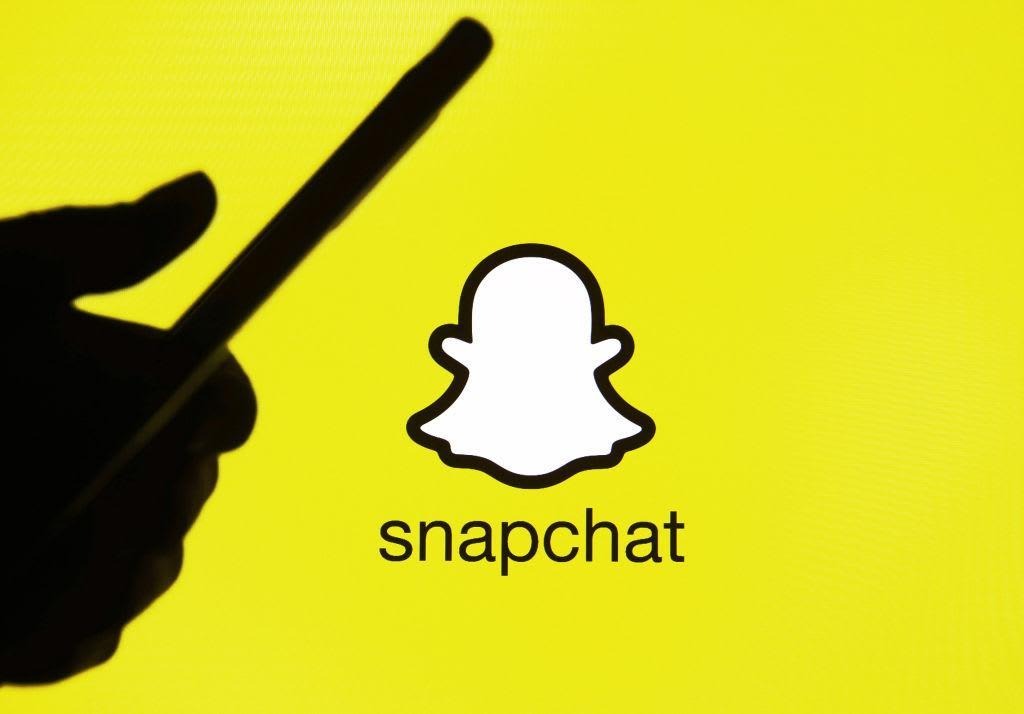 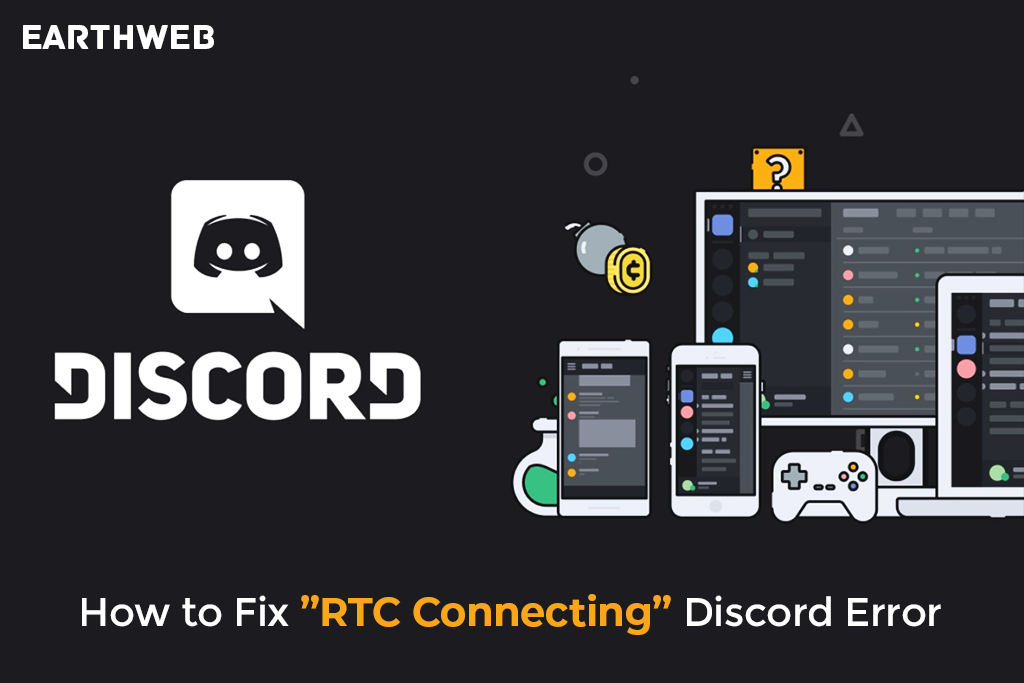 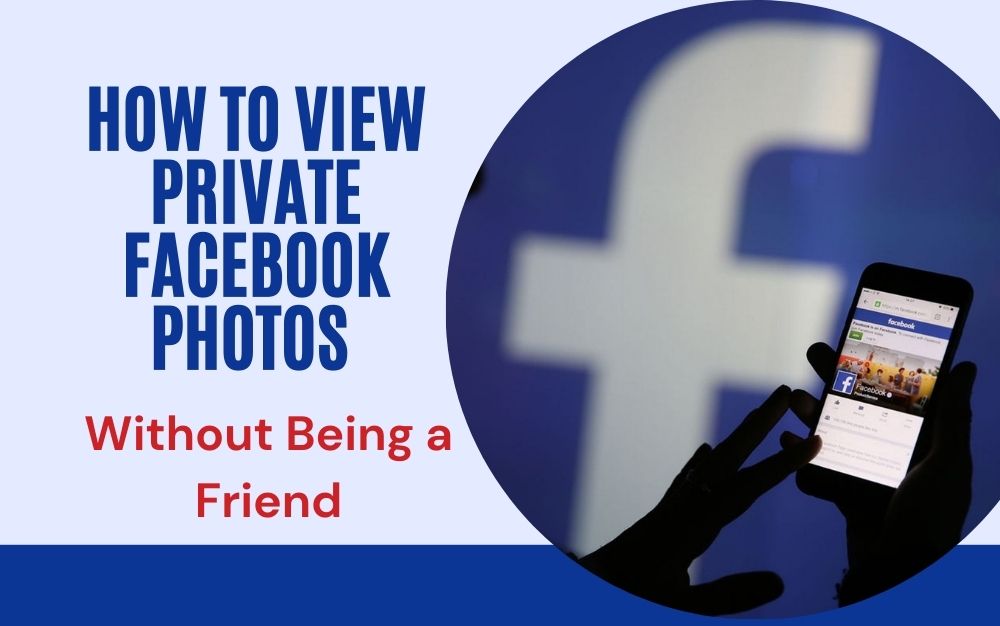 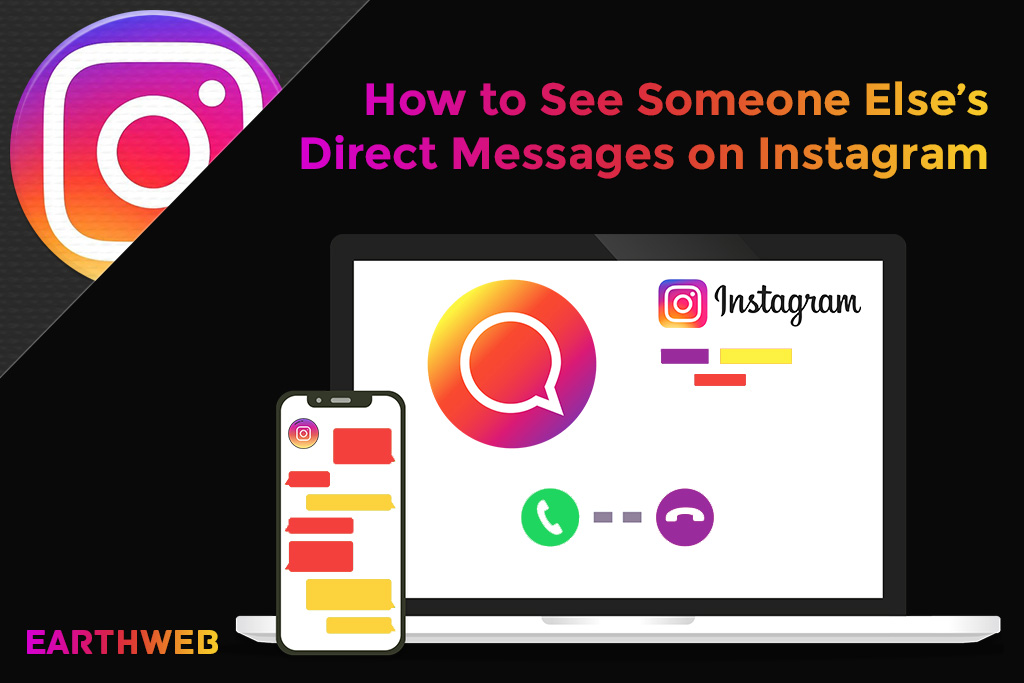