How to Avoid IP Bans With Your Proxies – Don’t Get Blocked!

Last Updated: July 28, 2022
In this article, we are going to discuss the common mistakes people make with proxies and look into the methods to help you avoid getting your private proxies IP banned.
250
SHARES
FacebookRedditLinkedinTelegramWhatsappTweet Me 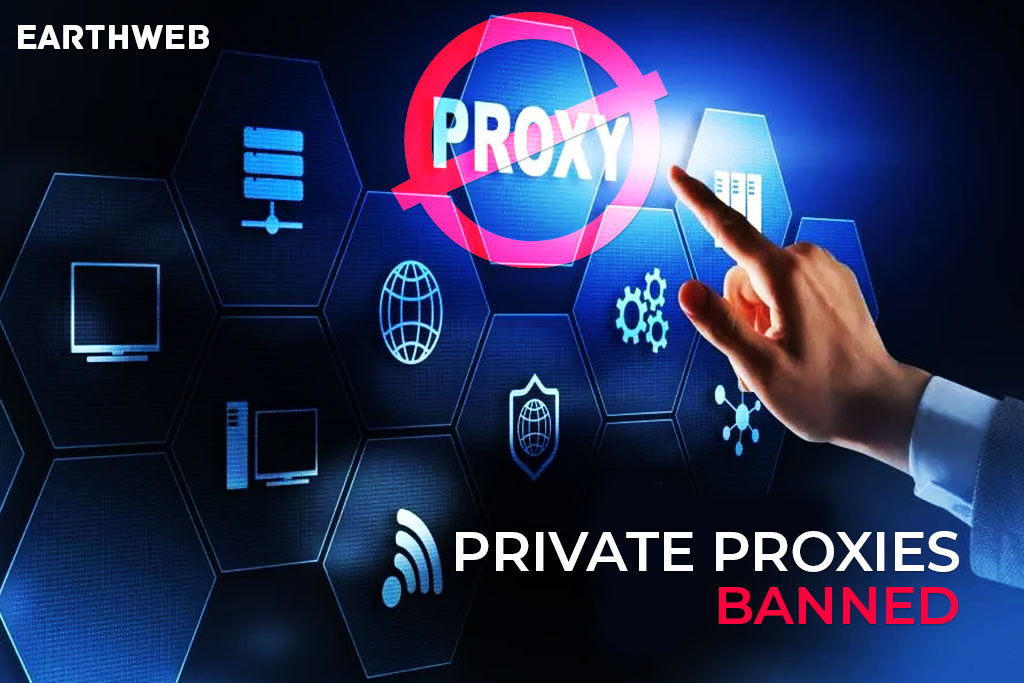 Firewalls have evolved. They are getting smarter than they used to be.

Now, even if you use premium proxies, you can’t be sure enough that your proxies won’t get banned. This Is because most people are prone to fall into common pitfalls.

In this article, we are going to discuss the common mistakes people make with proxies and look into the methods to help you avoid getting your private proxies IP banned.

Hence, read this article to the end to know the wonderful tricks.

The Ways the Proxies Are Getting Banned

The Ways to Avoid a Proxy Block

Most people complain that their proxies are working improperly and ask for a solution.

Well, this happens because your proxy provider allows connections to several servers.

You can get rid of this problem by changing the IP address or server.

So, how can you do this?

You need a special application to change the protocol and server location.

While this’s a straightforward task, you can always contact the technical team of your service provider to make this process even smoother.

The first thing you need to understand is: How proxy blocking works?

Proxies use ports and, in blocking, your traffic gets blocked through certain ports. How to solve this problem?

You can do this by switching the port used by your software. Normally, your service provider gives you a list of ports which you can use, but if you don’t have a list, read the following.

By using an SSH tunnel, you can avoid blocking your proxy.

So, what is an SSH-tunnel?

It’s a secure shell that adds encryption to your traffic and, hence, avoids blockage.

You can use it to transfer files securely between computers, as it utilises an encrypted tunnel developed by using the Secure Shell Protocol.

Another advantage of the SSH is that you can use it for online traffic flawlessly. The only drawback with this technique is that it’s slow, but equally effective.

How does an SSL Tunnel help you?

Well, SSL aka Secure Socket Layer uses a secure 443 port and adds encryption on the data, making it tough to get blocked.

But you need to download the Tunnel program to use SSL. There’s a bit of a learning curve involved, but it’s worth it. A strong understanding of command skills is enough to do the job.

If you want something quick and avoid learning the skills, you can use a VPN service that offers SSL tunnelling. Either way, this method works excellently.

This method helps you double down on the firewalls. You can use a double proxy to make sure your proxies remain undetected.

So, how does this work?

There are two servers involved in this process. You start by connecting to a server in one country and then using that server to connect to another server in a different country. Here, the second one considers that you’re from the country where you have the permissions to access the sites or apps you want to target.

There’s good and bad news. The bad news is that sometimes firewalls detect the 433 port and ban it, identifying them as proxy traffic. This is a bummer because 433 ports usually help mask the address.

Now, the good news is you can tackle this problem by using traffic obfuscation. So, what is obfuscation?

It is a technology that presents proxy traffic as regular web traffic, encrypted with TLS protocol.

You use traffic obfuscation to hide the headers of proxy packages to protect them from firewalls.

Avoiding risky locations is a critical factor you need to consider to avoid getting your private proxies banned.

This is because most providers allow two locations to choose from.

You can upgrade the number of countries by purchasing a private package that’ll give you the liberty to choose between 50 countries.

Another point you must keep in mind is that you’re risking your proxies by connecting to locations where Internet freedom isn’t absolute.

Countries like Ukraine, Russia, Africa, and Middle Asians countries have limitations and bans on many sites. Hence, if you go with countries like these, you risk getting banned.

This Is another thing you can do to protect your proxies.

Proxy services connect many subscribers to a single subnet.

This limits the number of connections and quickly disconnects you.

Now, you can only avoid this by going with a service that offers premium proxies. They might stretch your wallet, but provide enough subnets to all their subscribers.

There you have it. You can follow these methods to avoid getting your private proxies banned.

Each method works flawlessly and provides you additional protection from firewalls. You can’t go wrong with these techniques.