How Many Trillionaires Are There In the World in 2022?

Last Updated: November 9, 2022
Let’s see if we can get to the bottom of the answer to, how many trillionaires are there in the world?
208
SHARES
FacebookRedditLinkedinTelegramWhatsappTweet Me 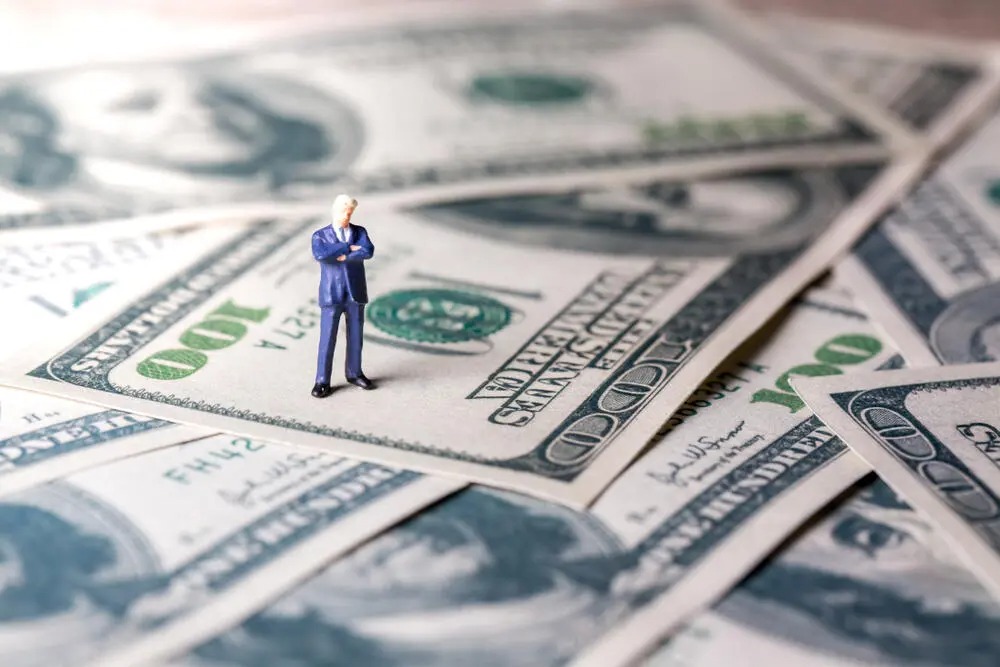 How many trillionaires are there in the world in 2022?

As of now, we have no trillionaires living on the planet at this time.

Before we discuss how many trillionaires are there in the world, we will talk about what that means.

What is a trillionaire? A trillionaire is an individual with wealth that is larger than one trillion dollars, or any other currency.

This is a colossal figure that is hard to imagine. It’s literally equal to one million million.

If a person were to become a trillionaire, they would be able to give each person on the planet $140 each.

Do you think that’s an overwhelming amount of money to have for one person. We aren’t judging, but we think so.

Let’s see if we can get to the bottom of the answer to, how many trillionaires are there in the world.

Resource Contents show
1) How Many Trillionaires Are There in The World?
2) Who Are the Richest Men on The Planet?
2.1) Elon Musk
2.2) Jeff Bezos
2.3) Bernard Arnault
2.4) Bill Gates
2.5) Mark Zuckerberg
3) Is Putin the Real Richest Man on The Planet?
4) What Is Predicted for The Idea of A Trillionaire?
5) Conclusion
6) Sources
6.1) Related

How Many Trillionaires Are There in The World?

As of now, even the richest person on the planet doesn’t qualify as a trillionaire.

Among all the millionaires in the world, they collectively have $158.3 trillion, but not one single person comes close to that net worth.

The combined total of all the wealth of the world’s  2,755 billionaires comes to nearly $14 trillion.

Again not one single billionaire has close to one trillion dollars. So, we now know that the world has millionaires and billionaires, but has yet to come up with a trillionaire.

We have to wonder if that will happen in our lifetime.

Who Are the Richest Men on The Planet?

What if Elon were to become part of the number of “How many trillionaires are there in the world?” If he did, right now, he would be in a club of one person.

Elon Musk’s fortune is tied to TESLA and SpaceX. No doubt, he also invests wisely in stocks, cryptocurrency, and such.

How else could he keep building his wealth? Besides the sales of his TESLA vehicles and accessories and parts, there must be more for him to be able to amass such a fortune.

Before Elon Musk took the top spot for the richest man in the world there was Jeff Bezos who has slipped into second place with about $201 billion.

His wealth comes mostly from Amazon, which is probably the most popular and widely used retail online shop in the world.

As with most wealthy people, Bezos likely makes smart investments in real estate and the stock market at least.

It may not seem he has far to go to get back to first, but Elon Musk has certainly shown himself to be fierce competition.

Bernard Arnault is a French businessman, fashion tycoon, and CEO of LVMH, a company that handles luxury jewelry.

His net worth is around $195.2 billion, coming in a close third to Bezos.

In 2021, for a time, he had overtaken Jeff Bezos for the world’s richest man, but Bezos and Musk took the lead back from him. For a time, It was Bernard Arnault, Jeff Bezos, and Elon Musk.

Bill Gates is a big name across the globe as the founder of Microsoft and the Bill and Melinda Gates Foundation.

His net worth comes in at around $137.9 billion, which is a far cry from the first three spots.

Currently, Gates is undergoing some potentially negative press related to his divorce from Melinda Gates.

That said, together their post-divorce donations have gone over $3 billion dollars in this first quarter of 2022.

We can’t imagine anyone not knowing who Mark Zuckerberg is. He has been in positive and negative news all over the world for many reasons.

Zuckerberg is one of the founders of Facebook, now known as Meta.

His net worth is approximately $117.3 billion, making him the fifth richest man in the world. Still, his wealth pales in comparison to the top three.

These figures are subject to change, but this is what we know right now as of this writing.

Is Putin the Real Richest Man on The Planet?

Vladimir Putin is not exactly forthcoming about his net worth. He does claim to make $140,000 annually as the president of Russia.

He’s kind of the every man’s man, so to speak and connects with the working class of his country.

Oddly, his true net worth is a mystery to us all. Why do we say that? For someone who lives on such a modest annual income, he sports several high-end luxury watches.

He also collects them. These watches retail multiple times over his reported annual income.

He’s been seen wearing Patek Philippe’s perpetual calendar watch, which is worth a whopping $60,000. Maybe it was a gift or he borrowed it.

Did you know that Vladimir Putin is rumored to own a 190,000 square foot mansion that overlooks the Black Sea. That coastal mansion is worth $1.4 billion.

It is the biggest private residential property in Russia. It also acts as Putin’s private palace, referred to as Putin’s Country Cottage.

He also has other collections including valuable cars, aircraft, and helicopters. One of the aircrafts is a $716 million dollar plane called “The Flying Kremlin”.

It’s said he owns a combined total of 58 helicopters and aircrafts.

However, some of these things are rumors and some could be part of his status in the government.

He denies all allegations for being the wealthiest man in the world in terms of financial wealth.

Putin says his greatest wealth is that the people of Russia have entrusted his leadership twice.

There is no way for us to know for sure, but we can speculate as we often do when we see wealth, but it’s denied.

Could Vladamir Putin be in the “How many trillionaires are there in the world club?” We may never know.

What Is Predicted for The Idea of A Trillionaire?

Financial experts seem to think that there is a definite possibility of someone to be a trillionaire in around 60 years from now.

For some of us, that will be beyond our lifetimes, but for others, they will hear of it.

It’s believed that Jeff Bezos is likely to become the first trillionaire in the world, but it remains to be seen.

It is unknown whether it’s possible or not. Since Elon Musk is in the lead right now, who’s to say it won’t be him, or one of his heirs?

According to People.com, Elon Musk is most likely to become the world’s first trillionaire.

To what do they attribute that prediction? The fact that he has SpaceX. He’s already overtaken Jeff Bezos by over $80 billion, why not keep going until he reaches that trillionaire mark?

Could the future answer to “How many trillionaires are there in the world” be Elon Musk?

Analysts at Morgan Stanley also predicted that Musk could become the first member of the trillionaire club. They called it the four-comma club.

Right now, SpaceX is considered to be the most highly valued organization on the globe across all industries.

The wealth of the richest men in the world is impressive and excessive, but nowhere near the trillionaire mark yet. That status has yet to be seen.

Who do you think will be the first trillionaire?

We have discussed at great length the concept of “How many trillionaires are there in the world” and the potential of someone becoming the first one.

We now know that we have no trillionaires living on the planet at this time.

The top five richest men on the planet right now have the most potential to become the first trillionaire.

If not one of them, one of their heirs. Could Putin be a trillionaire, but won’t admit it?

Our opinion is that if it’s going to happen within 60 years, Elon Musk is likely to be that guy.

Did you know that in 2021 the pledged $50 million to St. Jude through the Inspiration4’s fundraiser. Because of his contribution, they exceeded their $200 million goal.

Could you potentially become the first billionaire? Put on your thinking cap and start making some plans.

Your idea could put you in the running for “how many trillionaires are there in the world”.

If you were to become a trillionaire, how would you spend your money? Would you give back or keep it to yourself?