Last Updated: November 16, 2022
Find out how many people use Skype and gain lots of valuable information about the app.
146
SHARES
FacebookRedditLinkedinTelegramWhatsappTweet Me 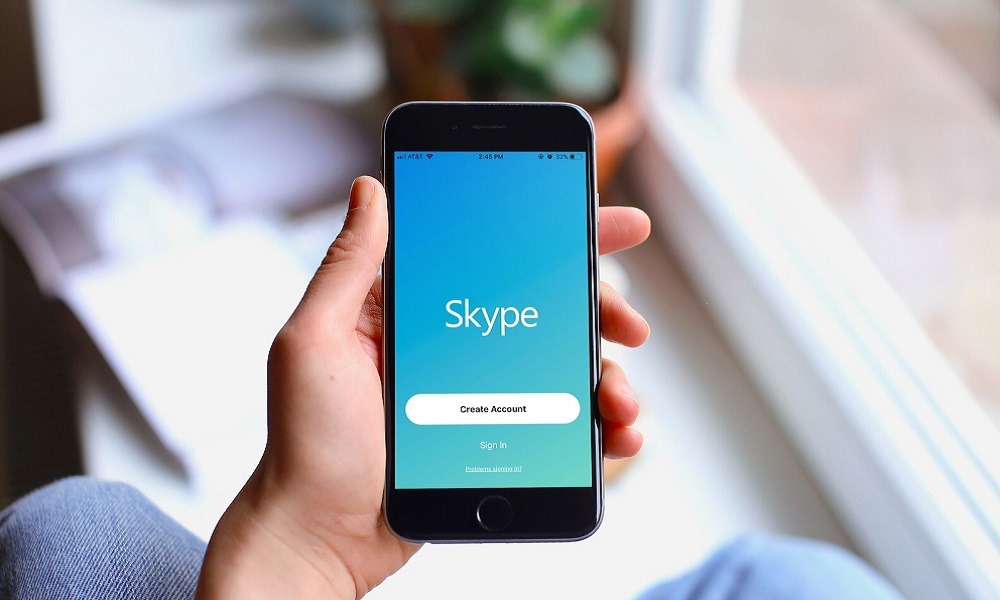 Skype is often one of the staple telecommunications platforms we use online as members of a team, an organization, or a company.

Being around for almost two decades, the Microsoft-owned enterprise enjoys popularity among users with or without professional backgrounds alike.

If you are a loyal user, you will be interested to know how many people use Skype in 2022.

There are sure still many, despite that the competition in the Web and Videoconferencing industry has grown massively over the past years, with the entrance of G Suite and Zoom.

Tune in until the end as we give you noteworthy facts about Skype!

300 million monthly users—that is how many people use Skype in 2022!

This is more than twice the number of its 145 million monthly users in 2010 when competition was still in its infancy and Skype enjoyed a dominant position as a platform of choice among the biggest corporations in the United States and beyond.

300 million is a good catch. Moreover, there are still good signs for improvement.

Its user count amassed a 70% month-on-month jump at one point during the pandemic as businesses migrated operations online.

In terms of daily active users, Skype is enjoyed by 40 million people globally, coming from both professional backgrounds and without.

Skype is a Luxembourg-based software entity introduced in the year 2003.

As a portmanteau for its name, the word “Skype” is directly derived from the phrase “Sky Peer to Peer”.

It was originally designed to enable PC-to-PC voice calls, which means that the feature is not available for mobile users.

It was not until September 2010 that mobile video calls have been made available to mobile users.

The telecommunications app can be considered as of the success stories after the dot-com bubble. After launching, it has already been clocking 50 million active users by 2005.

This figure increased to 600 million in 2010, soliciting Microsoft’s interest in an acquisition.

Microsoft took over Skype in May 2011 after completing an $8.5 billion acquisition.

This is the company’s biggest sale at that time and third-biggest acquisition until the present date, with the goal of reaching billions of users together.

Skype managed to fulfill this aim in 2019. In the same year, Microsoft announced that the site clinched four billion total users, with 300 million concurrent users monthly.

It reached one billion app downloads long before that, back in 2016.

Number of Visits to Skype.com

Let us take a look at the number of website visits to Skype.com for the period covering September 2021 to February 2022.

Over the course of six months until February 2022, the number of Skype’s website visits shown a downtrend.

The number started strong with 37.8 million monthly visits and ended lower at only 34.0 million visits in February 2022.

As mentioned, Microsoft took over the pilot seat back in 2011.

In this data, let us examine if the acquisition brought about improvements on Skype’s registered user statistics from the year of the sale to present.

Skype’s registered users have grown in number over the years since Microsoft’s take over.

It clinched its first billionth in 2014, two years before reporting one billion app downloads in 2016.

This uptrend is forecasted to be sustained over the next two years, reaching 2.1 billion registered users in 2023 and 2.27 billion in 2024.

The United States is home to 11.9% of Skype.com’s total website visits and 40% of the platform’s total users also come from this market.

Here are the top industries using Skype for communications and their respective number of active users.

From the data, we can see that technology-related industries namely those operating in the computer software and information technology businesses are the biggest users of Skype in workplaces.

Other interesting sectors that made it to the list are financial services, healthcare, and retail, among others.

Skype is more popular in some geographic locations than on others.

Below is a rundown on the countries where it maintains a stronghold up to this day.

An interesting note is that many users use a VPN for Skype in order to increase their privacy.

Skype maintains its status as among the more popular telecommunications platform that facilitates free-of-charge service to its users until the present date.

Despite losing much of its market share to Zoom, many patrons still prefer to use the Microsoft-owned enterprise as it allows video conferencing for up to 24 hours, versus the 40 allowable minutes that come with Zoom’s free plan.

We hope you enjoyed reading and gained valuable insights into our article about how many people use Skype in 2022.

There are 300 million people globally on Skype, and it is time that you also check it out!