How Many People Do Yoga in 2022? (Yoga Statistics)

Last Updated: November 25, 2022
Learn about how many people do yoga and other interesting facts about this mindfulness exercise. Read on.
187
SHARES
FacebookRedditLinkedinTelegramWhatsappTweet Me 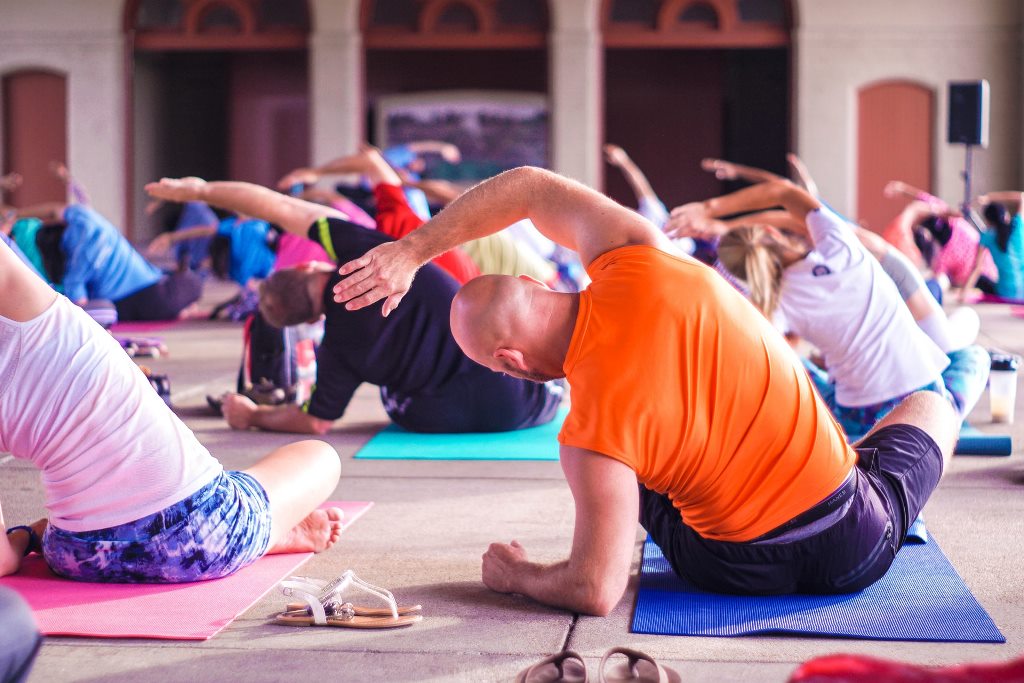 Yoga is one of the world’s most popular at-home workouts which leaves us wondering how many people do yoga worldwide in 2022.

As gyms closed and anxiety arose from Covid lockdowns, many resorted to this grounding practice while confined in the comforts of their homes.

Tune in until the end of the article to find out interesting facts about yoga, including its different types and benefits.

The Yoga Alliance and Yoga Journal conducted a survey. They found that the number of Americans doing yoga grew by large numbers, from 20.4 million to 36 million between 2012 and 2016.

Although no similar research has been done in recent years, some data indicates that the number is close to, if not higher than, 55 million.

While yoga practitioners worldwide are estimated to be 300 million, according to the International Yoga Federation.

Yoga’s ancient practice originated in the 5th century B.C. India has dominated the world, especially in the last two decades.

It started as a spiritual practice but gained popularity to promote and improve physical and mental well-being.

Yoga, Qi gong, and Tai chi are commonly called “meditative movement” practices due to their meditative and physical elements.

Many people practice yoga to help them become physically more robust and flexible. It also contributes to staying energetic, focused, and alert.

Research suggests that these are some of the health benefits of yoga:

Yoga is a perfect exercise for both men and women, and nowadays, children also engage in this exercise.

Although 72% of yoga practitioners are female, an increasing number of men are practicing yoga, from four million in 2012 to ten million in 2016.

Due to its beneficial effects and advantages, children are motivated to do yoga.

It has become appealing to children and young adults as well. It can be attributed to parents’ influence, but generally, it is because it is a trend.

Even some schools offer yoga as part of their curriculum due to its beneficial effects on children.

The table illustrates the American data of yoga practitioners. The “golden yogis,” or those aged 50 and above, have significantly increased in numbers over the years.

How Much is the Yoga Industry Worth?

Because of its growing popularity, yoga is becoming a lucrative industry.

There are more than 7,000 studios dedicated to yoga classes in the United States alone.

While yoga instructors registered with the Yoga Alliance are estimated at 100,000.

In 2012, it was one of the fastest-rising industries in the United States. About $80 billion is spent on yoga annually worldwide.

Yoga has taken the world and become a global phenomenon over the past decades. Even so, yoga’s popularity in some countries remains relatively small.

At the same time, there are places where it develops into an essential part of their everyday living.

Its fame in the western world is so widespread that most cities and towns all over the United States and in Europe.

As people discover the benefits of yoga for both body and mind, the practice continuously encourages people to do it.

Here are the top ten countries where yoga is most popular according to a Google Trends data:

Isn’t it surprising that some countries banned yoga? Talking about its worldwide popularity, why is it banned in some countries and/or at least doing it in public places?

Because of its country of origin! Yes! The common reason yoga is banned in certain places is that it originated in India. Well, let’s further dive into why.

The root cause is the fear of the spread of Hinduism. Muslim-majority countries, like Malaysia and Indonesia, banned doing yoga by religious decree or “fatwa.”

The Russian Ministry of Sports, Tourism and Youth Policy issued a statement referring to yoga as a “pseudoscience” that “erodes people’s health and spiritual development,” which led to banning yoga in Russia in 2015.

There are many types of yoga that use different kinds of poses or movements.

Choosing the correct kind of yoga depends on the individual’s target goals and fitness level.

The Risks of Doing Yoga

It is primarily a safe physical exercise or activity for fit and healthy people if it is executed or performed correctly with the help and guidance of a qualified instructor.

However, injuries such as strains and sprains may occur, although severe injuries rarely happen.

A study in 2017 by the Faculty of Health Science at Sydney University showed that yoga can cause injuries as any other sport.

To reduce the chance of incidents, people should do or practice yoga with the help of a qualified instructor, seek the approval of healthcare providers, and avoid doing extreme poses or practices of yoga using different kinds of poses or movements.

Choosing the correct type of yoga depends on the individual’s target goals and fitness level.

We hope you enjoyed this article about how many people do yoga.

Many are drawn to this exercise due to its long list of health benefits that contribute to one’s overall wellness.

It is easy to do wherever you are! You just need to get on the mat and start.