Last Updated: October 15, 2022
The following fatherless homes statistics will uncover how the absence of a father impacts households. Some of these statistics may be shocking, just so you know.
146
SHARES
FacebookRedditLinkedinTelegramWhatsappTweet Me 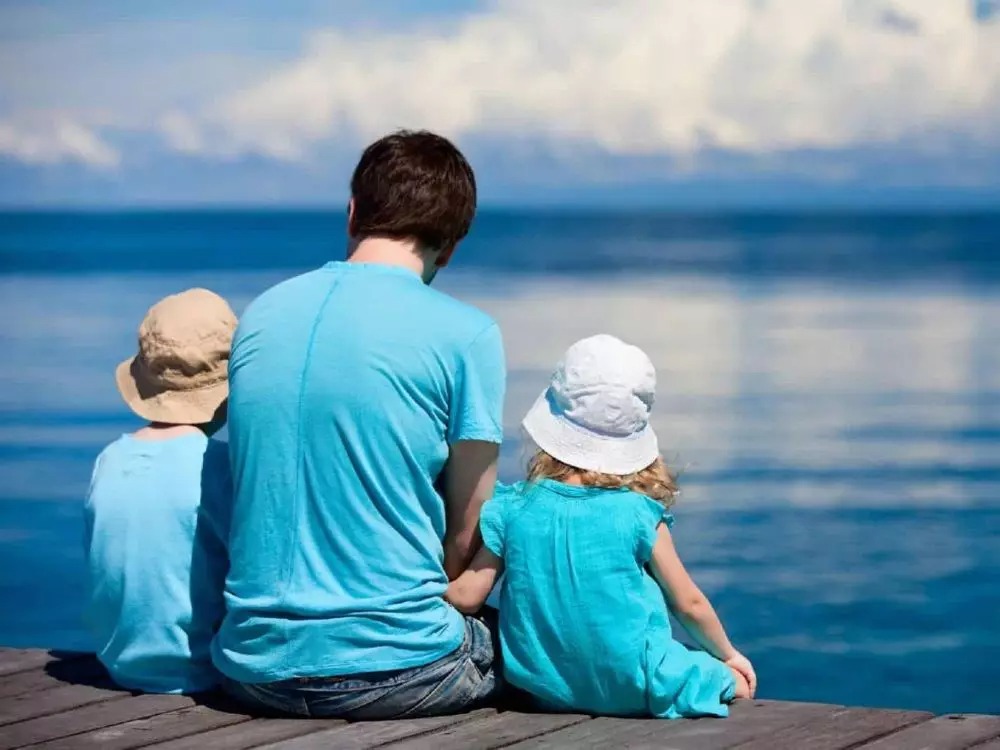 When you read the following fatherless homes statistics, we hope you will see how important it is for dads to be involved in their child’s life.

There has been an ongoing and growing issue in the United States, as the following statistics will show, of absentee fathers, which does impact how children see the world and make choices in their lives.

The COVID-19 crisis put a lot of stress on families all over the world.

Sadly, there were some instances of broken homes in the wake of the pandemic that will rear its ugly head in 2022 and for at least a few years to come.

The following fatherless homes statistics will uncover how the absence of a father impacts households.

Some of these statistics may be shocking, just so you know.

If you live in a home where both parents are present or you at least have equal access to both parents, you don’t know how fortunate you are to have that.

There are literally millions of homes across the globe where the kids never had a father present, or even a male role model.

Fatherless homes statistics like this one mean that America is in an absentee father crisis, which has many adverse effects on one of every four children.

This data includes the absence of a biological, adoptive, or step-father.

2. Households without Fathers Are 4 Times More Likely to Live Below the Poverty Line.

Don’t think for a moment that single moms can’t provide for their children, even when deadbeat dads don’t contribute, because they can.

Just consider the fact that fatherless homes statistics reveal that they are 4 times more apt to live in poverty than in homes where the father is present.

When we were researching fatherless household statistics and absent father statistics, we uncovered that of the 121 million men who lived in America in 2019, one-quarter of them were biological fathers to at least one child who was under 18 years old.

4. About 7 Million Biological Dads Are Absentee Dads to All of Their Minor Children.

When you see fatherless homes statistics like this one, you have to wonder why these men aren’t taking precautions to prevent procreating.

The figure represents around 20.2% of biological fathers who are choosing not to be present for their children.

5. Fatherless Homes Statistics from 2009 Reveal that Divorce Is a Major Cause of Absent Fathers.

Just because you’re divorced doesn’t mean you should no longer be a father to your children. Even those who pay child support need to be more present when possible.

6. In The United States, There Are an Estimated 1.8 Million Solo Fathers Living with Their Children.

Solo fathers, or dads, are the fathers out there who have no spouse or partner, but have their children living with them.

This accounts for about 6% of all biological fathers in America.

Statistics on Repercussions and Health Risks in Fatherless Households 2022

This section of fatherless homes statistics will be all about the potential health risks and consequences of living in a home without a father.

7. Children of Fatherless Households Are 2 Times More Likely to Drop out Of School.

The dropout rates in America are bad enough without doubling them.

Despite that problem, fatherless household statistics show that kids are two times more likely to drop out of high school, if not junior high school.

One study revealed that in fatherless households, infant mortality rates come at two times the risk.

This Florida study was of children born between 1998 and 2005, where the effect of father absenteeism was the focus.

The conclusion reported a connection between fatherless homes and early births and low birth weights that contributed to mortality rates.

Girls without present fathers are likely to be sexually active sooner, which increases the risk of pregnancy in teens.

Since poverty rates are higher in fatherless homes and stress is high, it’s believed that these things are partially responsible for teen pregnancy in these cases.

10. Children Lacking Interaction with Their Father Early in Life Are Likely to Develop Behavioral Problems.

According to fatherless homes statistics, studies show that children of fatherless homes, or homes where the father is disengaged are more likely to develop behavioral problems.

Even being disengaged with their children as early as age one can create this issue.

11. Adolescents from Fatherless Homes Are More Likely to Commit Crimes.

One study even showed that neighborhoods that have fewer fathers have higher rates of violent teens.

12. Children Growing up Without a Father Are Two Times as Likely to Commit Suicide.

If you think you’re seeing a lot of headlines about teen suicides nowadays, you are.

Many of these situations are related to fatherless homes, or where fathers aren’t engaged with their children.

13. 43% of Fathers Don’t Consider Their Role to Be as Significant in Their Child’s Personal Identity.

Based on fatherless homes statistics already presented in this article, 43% of fathers are wrong about their role.

The father’s role has a significant impact on their children. Fathers shape their children into the grownups they become as much as mothers do.

14. It’s Estimated that 24.7 Million Children Under the Age of 18 Live without Their Fathers.

This is the extent of the status of fatherlessness in America today.

About 33% of children are living in homes where either there is no father, or their biological father is absent. This is from 2016 Census data.

The Census Bureau reported that well over half of African American children are living in fatherless homes.

More fatherless homes statistics show that another 31.2% of Hispanic American children and 20.7% of Caucasian children live in absent father households.

16. 72.2% of America’s Population Believes that Fatherless Homes Are the Biggest Social Problem in The Country.

After doing the research and learning what we have about fatherless households, it’s no surprise people in America perceive this as a massive social issue.

72.2% of the population feels this way, which is nearly three-quarters of the country. Fatherless household statistics are very revealing on this front.

17. 90% of The Children Unhoused and Runaways in America Came from Fatherless Households.

To put this figure into perspective, this number is 32 times the national average.

For too long, it’s been assumed that fathers either don’t want to be or don’t need to be involved with their children.

Children born outside marriage and of divorce most commonly grow up in fatherless households.

18. 80% of All Rapists with Anger Issues Were Raised in Fatherless Households.

This figure is 14 times larger than the national average. Anger issues in these cases can occur due to multiple factors.

These kinds of fatherless homes statistics make you stop and pause as you realize how important the father’s role is in children’s lives.

This statistic is 9 times higher than the national average of America’s youth living in state-run institutions.

So, without the father in the home, mothers have no support (moral or financial), putting a huge strain on the household no matter how many children are involved.

20. 90% of Repeat Offender Teen Arsonists Were Raised in Fatherless Homes.

These teenage arsonists live solely with their mother. That doesn’t make the crime of arson in these cases the mother’s fault.

It does say something about the importance of a father in a child’s life.

Now let’s answer a few common questions about having an involved father.

Does Having an Involved Father Help with Future Relationships?

However, an involved father is linked to high levels of confidence, self-control, and health social behaviors.

They are less likely to act out at school or take risks in their adolescence.

As a result, fathers who are engaged with their children have stronger personal, professional, and career-centric relationships.

Are Children with Engaged Fathers Happier?

An analysis of over 100 studies and fatherless household statistics on this subject proved that there are some positive and long-term benefits to having a good relationship with your father.

It also helps to be engaged with both parents no matter the situation, but for these purposes we are focused on the father’s role.

Yes. Children that experience a nurturing and loving relationship with their father are happier, well-adjusted, socially and academically successful, and are more apt to be successfully independent.

Are Children with Present Fathers Healthier?

In fact, research shows that children with present fathers are twice as likely to maintain physical fitness.

Overall, children who are raised with their biological father or a good father figure are more apt to be part of a healthier community, which will reduce healthcare costs. Also, many of these children are breastfed.

How Does an Abusive Father Affect a Child?

Even though this article is about discussing fatherless household statistics and how fathers can have a positive effect on their children, there are other factors where a father may not be best for a child.

Abusive fathers, step-fathers, foster fathers, or adoptive fathers will have major negative effects on a child. In these cases, it’s not best to have an involved father.

There may be programs where supervised visitation is available, but even that can be risky among abusive fathers. The same is true of abusive mothers.

Do Fathers Contribute to Less Stress on Children?

An engaged father or father figure provides children with the ability to handle stress better.

Good fathers can create a stable home and environment that allows their children to thrive and flourish.

On the flip side, fatherless household statistics show that the absence of a father contributes to higher stress levels, less ability to cope with stress, and can result in children feeling disconnected.

There are many negative side effects of absent fathers.

We hope these fatherless homes statistics in 2022 have enlightened you to the significance of fathers in their children’s lives.

From what we gathered and shared in this article, a lot of financial costs can be reduced on households and local, state, and federal governments in the United States when children can have good relationships with their fathers.

Let’s not forget how important involved fathers are to their kids.

While every situation is different, the overall fatherlessness statistics data shows that fathers should play their part in raising their children.

Did you have your father around when you were growing up? If so, how did that affect you? If you didn’t, how has that affected your life?

If your father has always been there for you, call him, talk to him, visit him, love him, and hug him to show him he is important to you.