Last Updated: November 25, 2022
The following billionaire statistics will give you data related to billionaires that might surprise you. Let’s talk about some billionaire facts.
187
SHARES
FacebookRedditLinkedinTelegramWhatsappTweet Me 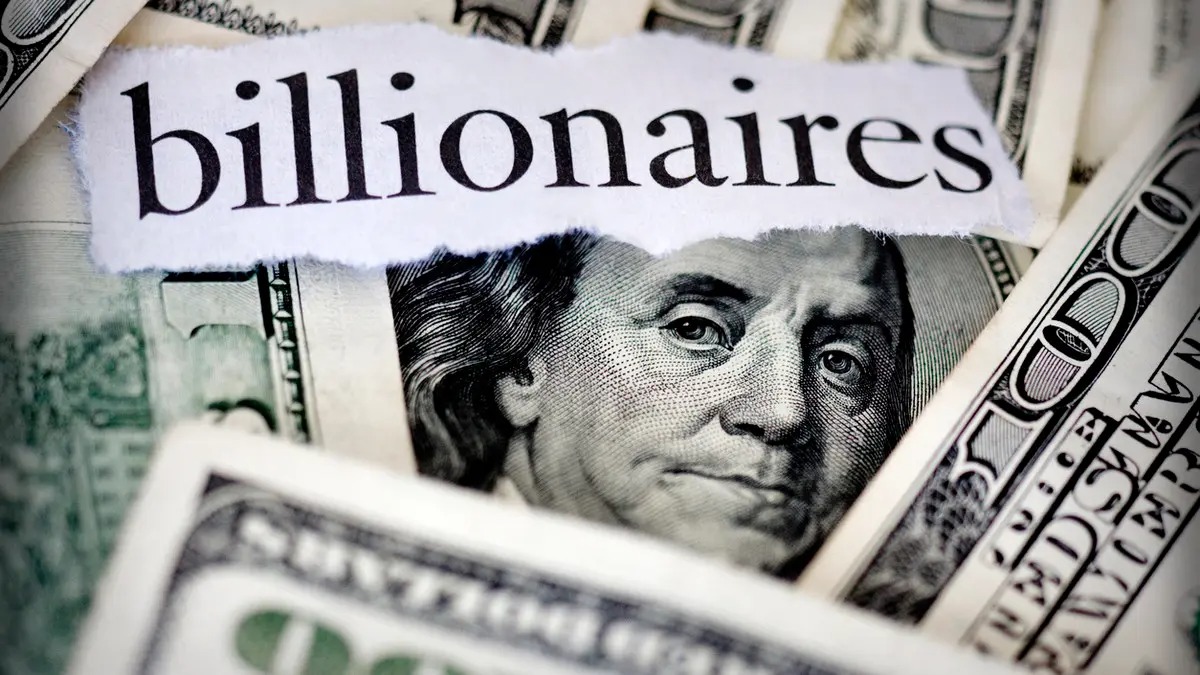 Perhaps you would invest more into it. These are interesting things to think about, but what do billionaire statistics say about being a billionaire?

After all, it’s more than just wealth. There are billionaires who have and are making history.

Maybe some are even doing their part to solve poverty and to work towards world peace. If you were a billionaire, what would you do with all that wealth?

What if each of them donated just 5% of their wealth each year for the development of sustainable goals? One of the objectives is to end excessive poverty by 2030.

The following billionaire statistics will give you data related to billionaires that might surprise you.

Let’s talk about some billionaire facts.

Everyone knows that billionaires are wealthy, but how wealthy?

How does their wealth compare to the poorest world populations? Is there global inequality in terms of wealth?

Here are the billionaire statistics that will answer these questions.

$10 trillion is just less than half of the US GDP (gross domestic product).

In contrast, the 59 poorest countries have a yearly funding gap of $350 billion to reach the Sustainable Development Goals (SDGs) set of 17 objectives.

Within this gap, the people of these countries have little to no access (mostly no access) to effective healthcare, quality education, or enough clean water and healthy food to survive.

Did you know that the billionaires of the world today could cover this gap 30 times over.

Warren Buffet may be a familiar name to you. Buffet can play the ukulele, but is also one of the most charitable billionaires in the world.

His net worth is about $90 billion, of which he has given away stocks worth more than a third of his net worth.

He has also pledged to strive to give away 85% of his net worth. This guy still uses a flip phone from Nokia.

Bill and Melinda Gates, once a major power couple, operate one of the world’s largest charitable foundations.

The Bill & Melinda Gates Foundation is worth $46.8 billion. Of that, the organization gives away $4 billion each year to support the most vulnerable global communities.

Buffet and Gates are not the only charitable billionaires in the world, but they are the top examples of benevolence, according to billionaire statistics in terms of giving money or stocks.

3. The Wealth of Billionaires Is Higher than 60% of The Global Population.

Of the 2,150 billionaires across the globe, they have more wealth than the globe’s poorest 4.6 billion people.

Billionaire statistics show that the wealthiest 1% of people own twice the wealth of 6.9 billion people, which is nearly all other people on the whole planet.

One study reports that if you saved $10,000 each day since the first pyramids in Ancient Egypt were built, you would only have a fifth of the average riches of the five wealthiest billionaires in the world.

4. The 22 Wealthiest Men in The World Possess More Riches than All the Women in Africa.

Wealth isn’t the only issue of inequality in this world.  It’s also skewed by gender. The male population owns 50% more wealth than the female population.

According to billionaire statistics, women are more prone to giving than men. One piece of data from 2018 shows that 93% of women with high net worths give to charities in comparison to 87% of their wealthy male counterparts.

When it comes to volunteering, it’s women at 56% to men at 41% who volunteer the most.

Some scientific data says that the female brain views charity as more rewarding than the male brain.

Can you imagine what this world would be like if wealth didn’t have that inequality factor?

Jeff Bezos, founder of Amazon, generates twice as much money each second as the average working American makes in one week, according to billionaire statistics.

Bezos’ net worth is $117 billion, which is greater than the GDP of Costa Rica, Iceland, and Afghanistan combined.

His worth is 28% more than the worth of the British monarchy.

He makes $2,489 per second, which is the same as $149,353 per minute. That amount is about triple of what the average American worker makes in a year.

Imagine how giving back could begin to end poverty not only in America, but across the globe.

While there are many billionaires who do partake in charitable activities, one must wonder if they are engaging in the right ways.

There is inequality not only in wealth all over the world, but amongst billionaires who are benevolent.

At least that’s how it seems to the average person. We should remember that with great wealth comes great responsibility and often depression.

It seems the overall viewpoint on this is that people would like to experience that problem, but life has its ups and downs no matter what your economic status.

The Great Recession hit everyone including the wealthy. The difference is that financially they were in a better position to bounce back than the average person.

While American billionaires suffered a 6% decrease during the Great Recession, afterwards, it increased by 160% between 2010 to 2021.

8. The Global COVID-19 Pandemic Generated a 44% Boost in Wealth Among America’s Billionaires.

During those initial 11 months of the pandemic, the total wealth of billionaires in the United States grew by $1.3 trillion.

This boost in wealth is more than what it cost to send stimulus checks of $3,900 to all 330 million citizens in America.

The pandemic made a few people wealthier than they were before, even at lower levels of financial worth.

9. 50 New Billionaires Were Made in The United States During the First 11 Months of The Pandemic.

The US economy cratered as did the economies across the globe. The pandemic really did put the whole world on lockdown. It impacted people in different ways.

10. Between 2010 and The First Quarter of 2021, More Billionaires in The US Got Their Wealth from Investments and The Finance Sector than Any Other Industry.

The second industry where billionaires gained their growth was in the technology sector.

The past 11 years have seen substantial growth in billionaires, tripling the number from 42 to 124 within the technology industry.

In 2021, billionaire statistics reveal that the top 10 industries that made billionaires include the following.

As with most things today, there is an inequality in gender among billionaires.

This disparity is there to show us that this inequality moves up and down the economic ladder in America at every level.

While some charts show this data, you aren’t likely to find out much more about this inequality among genders.

It’s worth mentioning Warren Buffet’s net worth since he is sixth on the billionaire list and we have already discussed his charitable giving.

Warren Buffet has a net worth of $118 billion which he gained from his diversified investment portfolio.

Since billionaires are constantly either gaining or losing revenue, the figures change often.

493 people were added to the 2021 Forbes Billionaire list. This number accounts for an average of the birth of one new billionaire each 17 hours.

Billionaire stats show that the pandemic widened the gap in riches as the “poor get poorer and the rich get richer.”

This is par for the course since it’s been this way for centuries. Sometimes it’s a lack of desire to do what needs doing to become wealthy.

Sometimes it’s the lack of opportunity. Either way, there is inequality in wealth that has been there since ancient times.

14. At The Global Level, Hong Kong and China Generated the Most New Billionaires.

In the Forbes billionaire list, 210 billionaires are from Hong Kong and China. The United States fell short with only 98 new American billionaires in comparison.

Depending on the importance one puts on wealth, these numbers are substantial. The world view on the wealthy isn’t always positive. However, without them, we wouldn’t know anything about being a billionaire.

The billionaires of America became $2.1 trillion richer during the COVID-19 pandemic, making their combined worth $5 trillion.

The Billionaire population isn’t the only economic demographic that grew during this time.

After reading these billionaire statistics for 2022, how do you feel about the idea of being a billionaire?

There are many things to consider when it comes to individual economic status. Economic status also impacts one’s social status, which is not an exclusive concept to the United States.

Some billionaires give back to the world’s community with some giving more than others.

You might be surprised to know that there are billionaires, millionaires, and other people of wealth who give anonymously. We may never know just how benevolent some billionaires are.

What would you do with your billions if you were wealthy? Would you be benevolent?