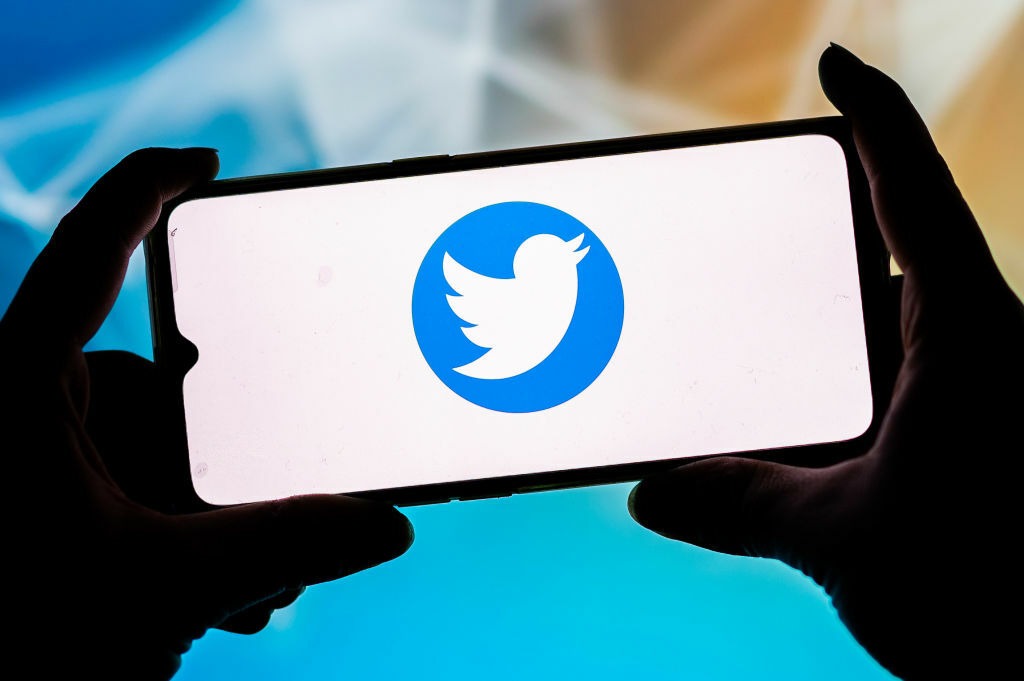 In a hurry?
The best Twitter follower tracker, as found in our independent research, is Circleboom!

How your audience sees you on Twitter goes a long way in working out whether you are going to be successful on the social media network or not.

For this reason, you always need to keep track of your followers, to know when you are losing followers, and how they are interacting with your content.

Without doing this, you might find it challenging to know when you are doing something wrong, so that you can improve the situation before it gets any worse.

There are some people out there that could get away with keeping track of their followers the manual way, without needing to use an automated service.

However, this is because they don’t have a big following, and they aren’t tracking all of their followers actively, but just a few.

When you have a big following, this becomes difficult, and this is where a Twitter follower tracker becomes relevant.

Whether you are losing followers, or somebody has recently unfollowed you, there are important things to know about your Twitter audience, and a Twitter follower tracker can help you with this.

Here’s a quick look at the best Twitter follower trackers :

Circleboom is definitely one of the best follower trackers in the industry, because they are super intuitive, and have won awards around their high performing features.

You can download these guys from the Apple App store, and you can enter your email address to get started with them straight away.

They are used and trusted by professionals around the world, and they go into a lot of detail on their website about how they work, and how they can help you in general.

From their social media management tool to their Twitter management tool, and publishing tool, there’s a lot that these guys can achieve for you, so we feel confident that you’re going to be able to meet all of your Twitter growth goals with a Twitter follower tracker like this.

Follower Audit is really good as a follower tracker if you want something that is subscription based and automated.

It can help you audit Twitter profiles of any Twitter platform that is public and identify inactive followers, and fake followers as well.

You can also work out the authenticity of the follower base of influencers out there as well, so that you can ultimately choose the right people to collaborate with, and keep up connections that are genuine, and going to advance your Twitter profile.

You can even measure the impact of your Twitter marketing campaigns, by keeping track of growth metrics.

They can also help you track followers that are unfollowing your Twitter profile. Their plans begin at $29.99 and are going to go all the way up to $179.99.

The next follower tracker on our list is really efficient, and they can help you grow your follower count in general.

It can help you categorize your Twitter followers, and you’re going to choose from a wide range of filters so that you can work out what kind of people are following you.

You can also use their search engine to find new users to follow your tweets, so that the people that are following you can add value to your Twitter profile in general.

You can even keep track of people who aren’t following your Twitter profile.

They offer a free plan, but this comes with limited access when it comes to features.

Their basic package is going to begin at $12 a month, which is going to offer you unlimited access to the features that we’ve talked about above, as well as other things like engagement and tweet statistics.

You might have been able to pick up on this already, but the next follower tracker on our list is designed specifically for Twitter, so if you’re wanting to focus on a company that has its blinders on when it comes to just Twitter, this is going to be a good choice.

It can even help you identify followers that are no longer engaging with your brand.

Aside from helping you improve the quality of your follower base, this follower tracker can also help you find new users, based on predefined criteria.

They have a free plan, which is obviously limited, and their premium plans start at just $13.00 a month.

Social Rank is a really helpful follower tracker tool that can help you improve the quality of your Twitter follower base in general.

It can also help you work out influencers that can help you promote your brand, and apart from figuring out specific users, it can also provide valuable insights when it comes to your audience, and help you get rid of any fake followers on your Twitter profile.

Their premium plan begins at $24 a month.

The next follower tracker on our list is really interesting, because it is actually free for you to use, and it can also help you work out who is following who, so that you can identify influencers and users that your competitors are following.

As a result, you can use insights like these to work out the right users to follow, related to your respective niche, and industry.

The next follower tracker on our list is great if you want to be able to track followers across Twitter, but also on other social media networks at the same time.

You can also work out the most engaged users, along with influencers that happen to be interacting with their Twitter profile.

We think that one of their best features is the feature that lets you work out who is behind a tweet, any history you might have with them, and any hashtags that they’ve used and use consistently.

Using this audit feature, you can work out the right brand advocate so that you can promote your brand successfully, and you can avoid being ripped off by an influencer who isn’t all they claim to be.

The next follower tracker on our list is a really easy one to use so if you are a beginner, and don’t have a lot of experience with tools like this, they are going to be a good choice.

You can also work out Twitter followers that are engaging in a follow-unfollow scam.

These guys are definitely one of the best follower trackers in the industry, because they can help you track the growth of any public Twitter profile.

A follower tracker has been designed to offer you details when it comes to what is happening with the audience.

One of the major purposes of a follower tracker is to work out people that have recently unfollowed your Twitter profile.

This is helpful for those that are using a follow-for-follow method.

For these people, they need to know when somebody isn’t following them back, so that they can do the same.

Follower trackers are able to help you work out who is unfollowing you, so that you aren’t losing out, and following somebody who isn’t interested in your content.

If you are losing Twitter popularity, and you don’t know why, then you can definitely use a follower tracker to work this out.

You can also make the most of a follower tracker if you’re wanting to work out the engagement level of your audience, so that you can work out if there are any bots or ghost followers that are following your Twitter profile.

You can also use a follower tracker to work out which followers engage with your tweets the most, so that you can cater to what they are interested in and continue to produce content that they are going to interact with.

A follower tracker is an app or a service that has been specifically designed to help you keep track of what’s going on with your Twitter followers.

From helping you identify bots or fake followers, to helping you work out who is interacting with your tweets the most, this is a management tool that is going to make it really easy for you to keep on top of your ever-growing Twitter audience, so that you can hone in on the Twitter followers that matter, and get rid of the ones that don’t.

The answer to this question depends on the Twitter follower tracker that you are using.

Twitter does have relatively strict terms and regulations around using a third party, so as long as you are going for an app or a service that has robust security measures in place, then you don’t have to worry about getting in trouble, and your service being illegal.

However, if you go for the first follower tracker that you Google, then there is a good chance that they are not all they claim to be and are just trying to take advantage of you.

How Much Can I Expect to Pay?

As you can see from the list of follower trackers that we’ve talked about above, there are varying price points that you can expect to pay.

To be honest, we don’t think there is a golden rule when it comes to pricing, but we do think that there is such a thing as paying too little, and too much.

Try to find pricing that is middle of the road, and while you might have to go a little bit outside of your budget, any of the follower trackers that are on the list above will be worth it.

Being able to work out exactly what’s going on with your Twitter followers is really important, especially in light of your current Twitter engagement and marketing strategy.

It is the performance metric that can assist you with measuring the impact of your strategies, so that you can leverage what’s working, and get rid of what’s not.

The list above features the best Twitter follower trackers in the industry right now, so that you can build an engaging and authentic audience base.

Make sure that you evaluate your needs and find the right tool that is going to help you fulfill your specific Twitter growth requirements. 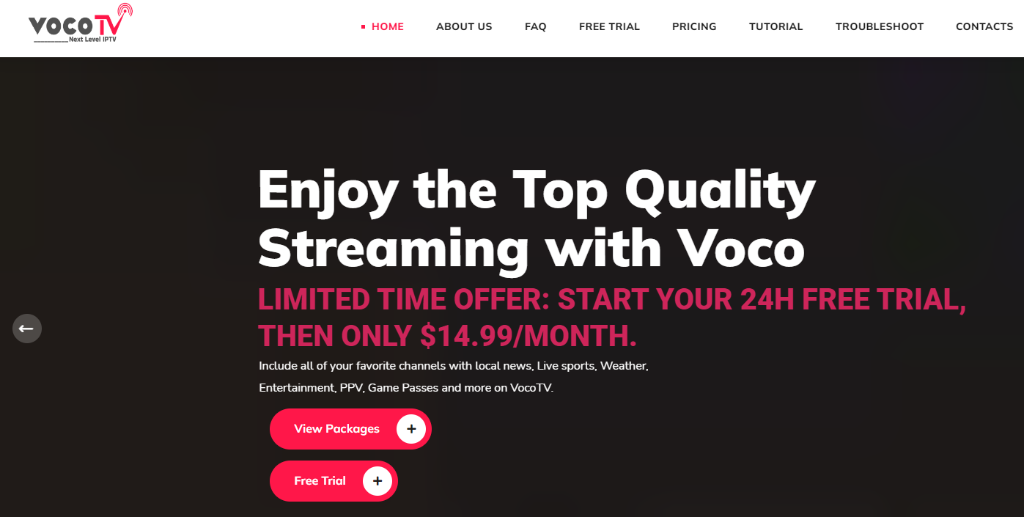 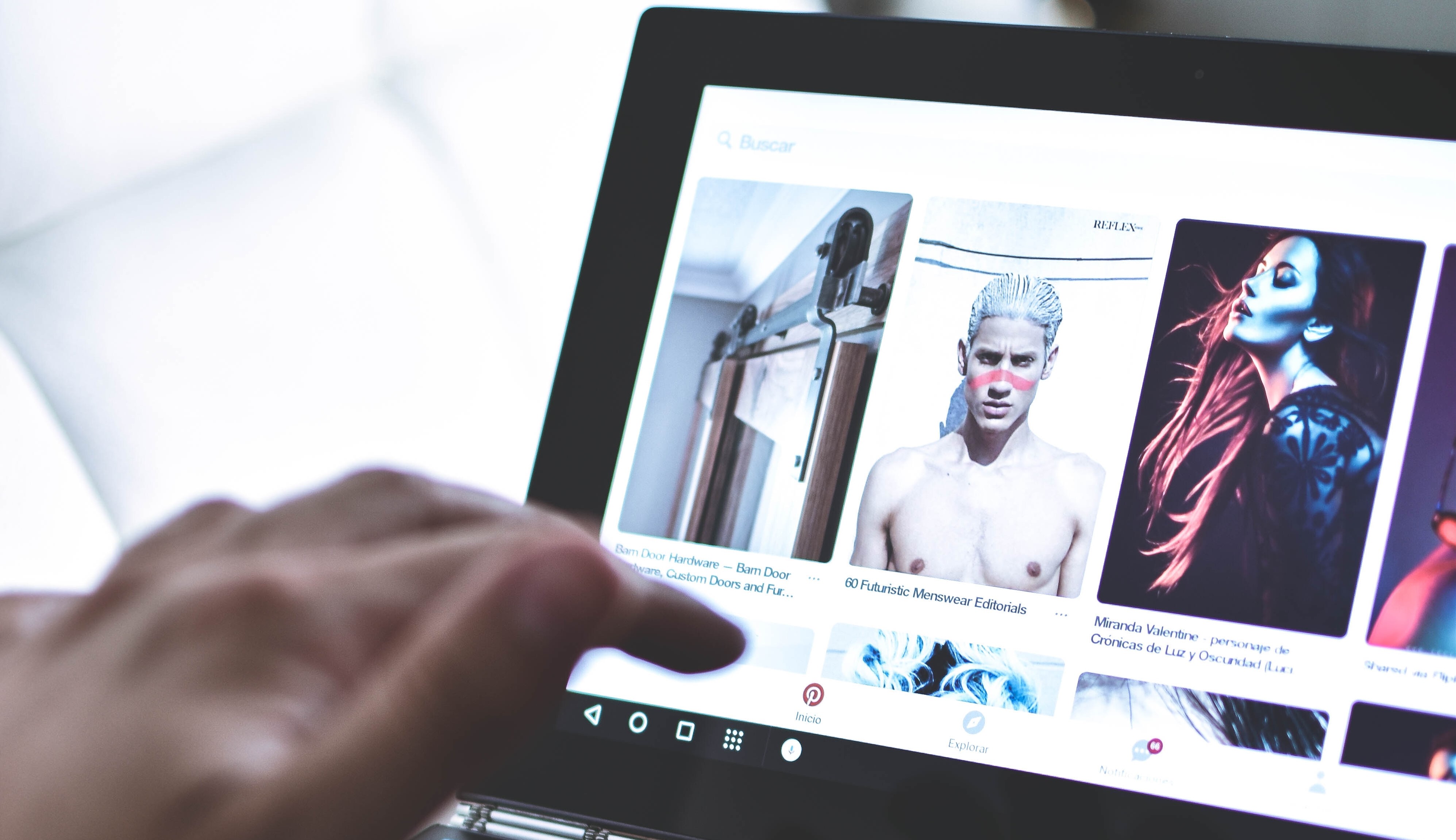 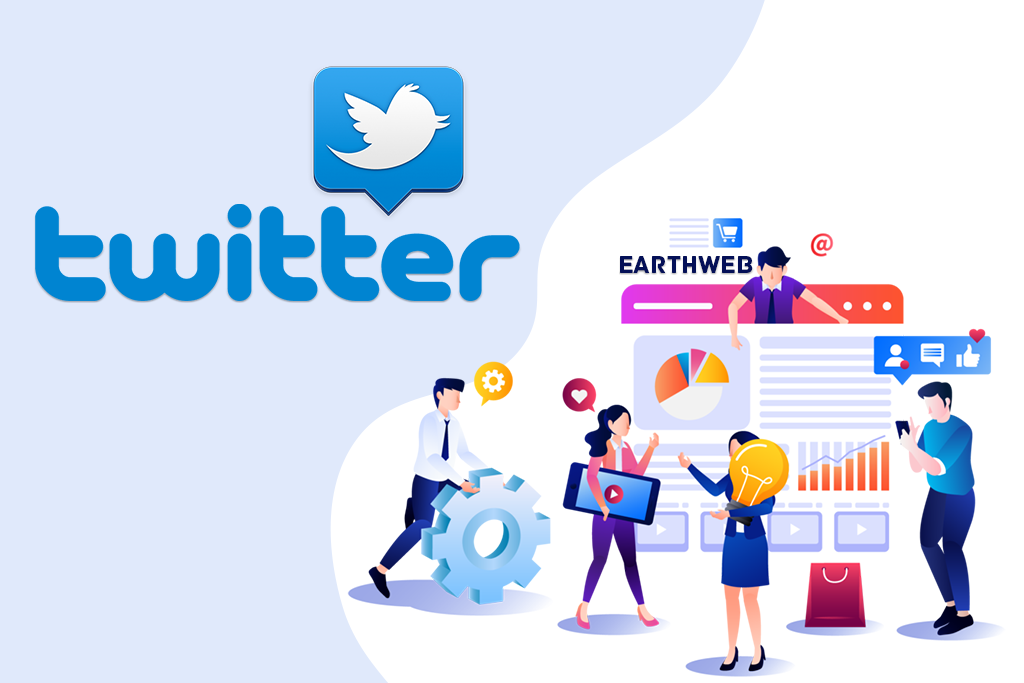 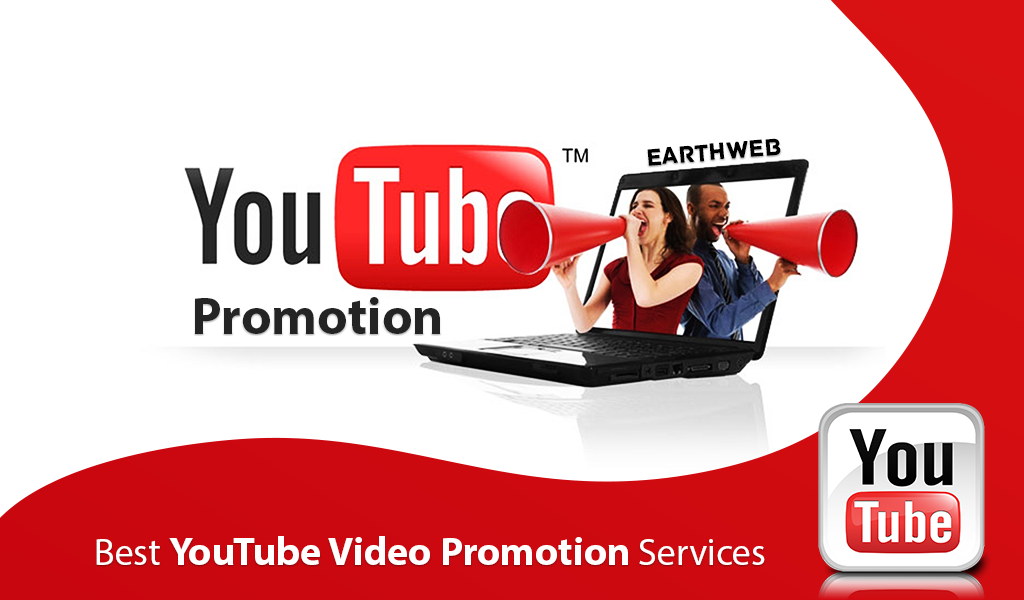 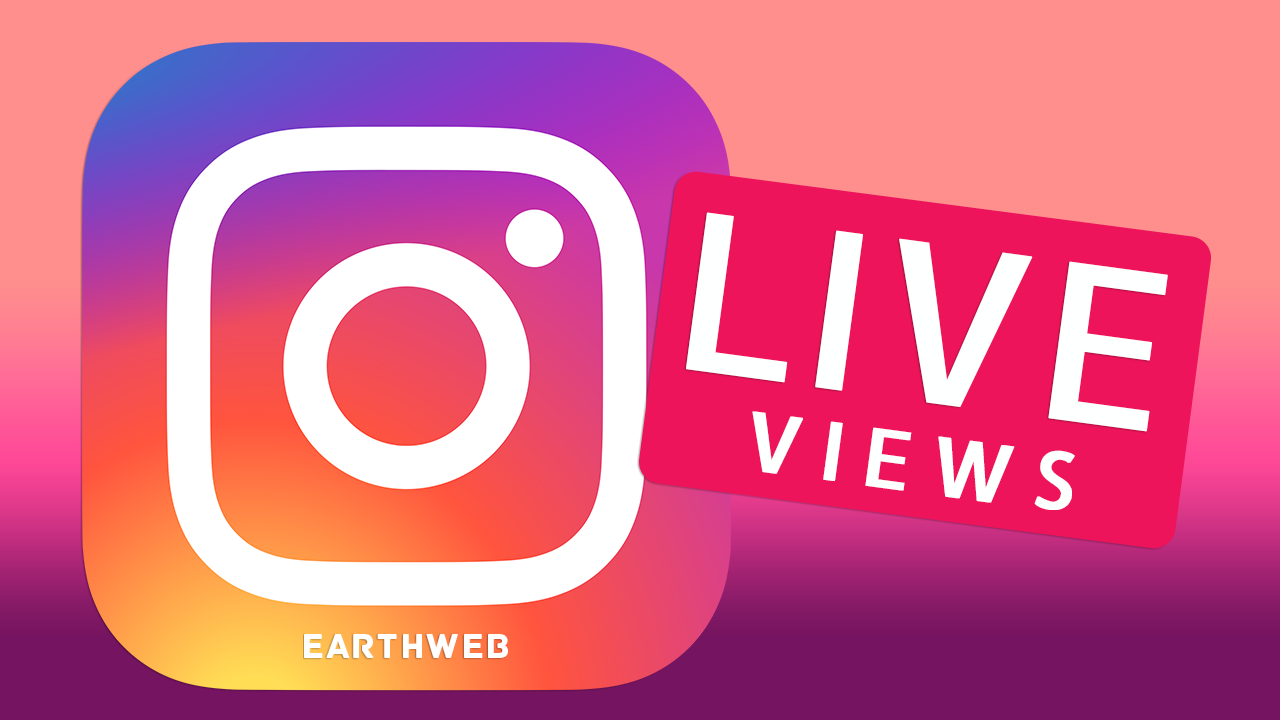 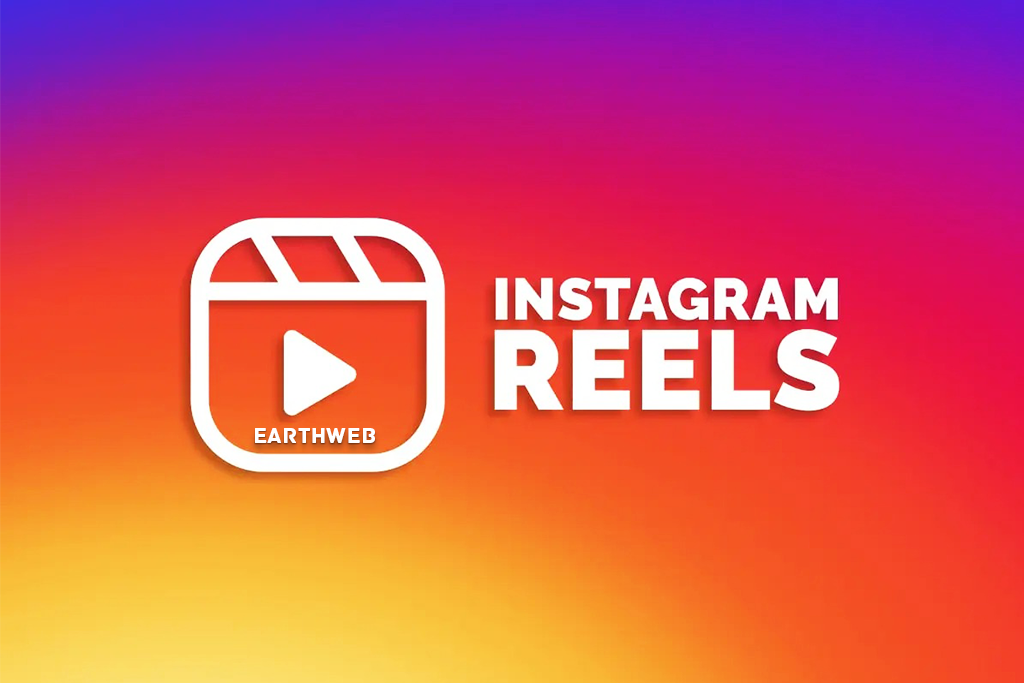 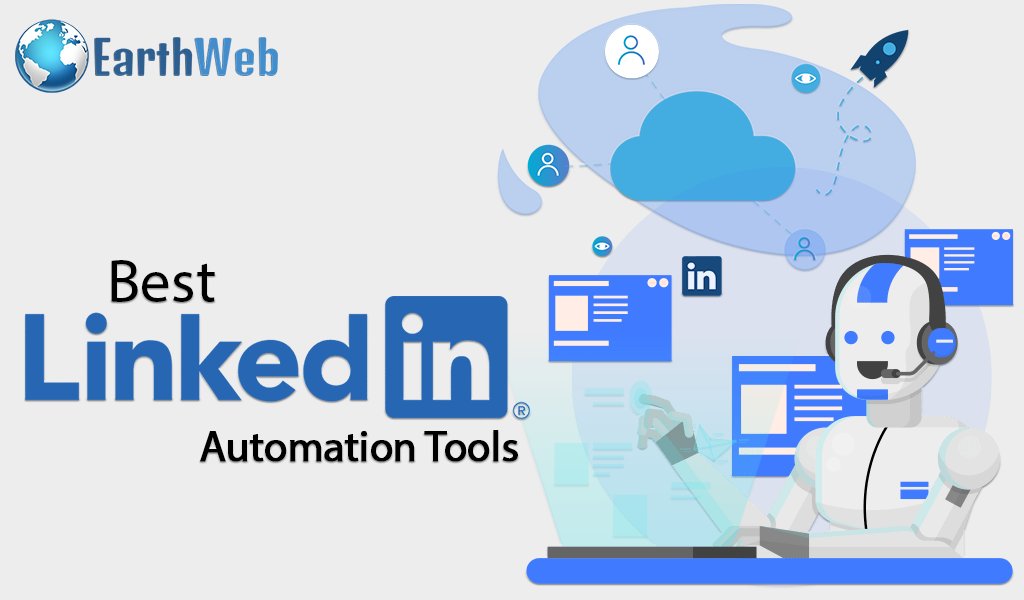