Every proxy on this list allows prospective Puppeteer users all this and much more. Without further ado, here are the best proxies for Puppeteer. 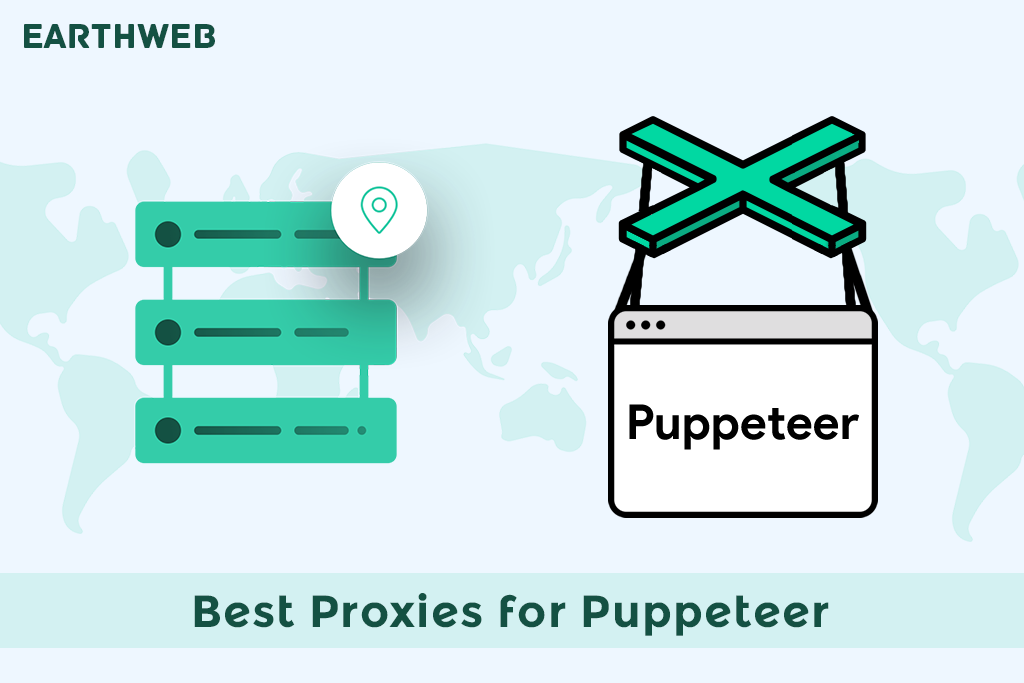 What most Puppeteer guides and tutorials frequently fail to mention is the fact that, while not required by default, most functions you would use Puppeteer for have to be tested or supported by a proxy.

In other words, obtaining a quality proxy for your Puppeteer is of crucial importance for some of its basic functionalities.

Proxies are an incredibly useful tool for pretty much anyone who dabbles in creating or maintaining custom client applications.

Their range of applications is huge and diverse as accessing an app from different locations across the globe is essential for a large number of online activities.

The strong bond between programming libraries for developers and proxies is marked by integrated support for proxies by virtually every library designed with connectivity options in mind.

The object of today’s focus is the Puppeteer library and the most suitable proxies to complement its browser automation features.

Which are the best proxies for Puppeteer? Read on to find out! But first, the basics.

Puppeteer is a Node library that enables a high-level API to “puppet”, or take control over, Chrome or Chromium via the DevTools protocol.

This basically means that Puppeteer is a library dedicated to automating Google Chrome and some of its processes.

This neat piece of software works in headless mode and that means that a developer can automate Chrome with Puppeteer and Node.js without launching Chrome’s user interface.

The option to go non-headless is also available, however, as a lot of debugging processes and the related script development still rely on Chrome UI.

Although Puppeteer may seem to be a largely niche product that focuses on Chrome and Node.js only, its radius of capabilities goes quite a long way.

So, what can you do with Puppeteer? Basically, anything that has to do with making Chrome tick by itself, automatically.

This is pretty useful when you want to perform certain actions that a user would, except on a massive scale. Also, the scale and frequency of performance that Puppeteer can manage simplifies a lot of processes like data extraction.

Some of the specific purposes that Puppeteer is used for include web scraping and crawling, both on regular websites and single-page applications (SPA) that have been extensively Ajaxified.

Since Puppeteer’s first association is automation, every task that is marked as being repetitive can be handled by this tool.

And, let’s not forget them, bots. Yes, if bots are your thing, Puppeteer is going to be of great assistance here as well.

Why Should You Use Proxies for Puppeteer?

First, let us get straight with something: proxies are not a hard prerequisite for using Puppeteer.

However, doing literally anything that requires sending multiple test requests to a server bears the risk of getting yourself banned.

Puppeteer by its nature sends inputs and requests on a massive scale in short periods of time and without proxies, your scripts and bots will be at risk of a ban at all times.

Bots, in particular, can be easily identified due to this, so disguising the traces of your activity and hiding your IP is very important.

It is because of this that diversifying the origins of your requests by the means of rotating proxies is necessary for every Puppeteer bot activity.

Another thing is that, in spite of its well-rounded potential, Puppeteer as a mere Node.js library still lacks any means of giving your bots specific geolocation.

When given a sufficiently large scope, developers will want to test Chrome scripts’ and bots’ performance from various locations that they most likely will not have access to.

Cue proxies! Specifically targeted content cannot be accessed or retrieved from wherever so proxies can allow developers to review data meant for end-users around the world directly from their location.

Similarly, scraping SERP (search engine results page) for keywords would be impossible without proxies. Just be careful to opt for the proxy that has IPs in the location you need.

Every proxy on this list allows prospective Puppeteer users all this and much more. Without further ado, here are the 5 best proxies for Puppeteer.

Recognized by many as the best proxy network on the market, Bright Data displays multiple factors that make it a perfect candidate for Puppeteer.

First of all, it is a residential proxy network, as all candidates on this list are, which means that it automatically rotates the current IP before it reaches a dangerous number of requests on a given website.

The proxy pool of IP addresses is currently the largest out there, with more than 72 million IP addresses with locations in every country in the world.

In other words, with Bright Data you as a developer will be able to check the specific factors related to geographical position anywhere in the world–quite literally!

With access to every region and every country, geo-targeting and location-specific content delivery will not pose a problem for your scripts.

Concurrency allowed has no limits, meaning that with Bright Data the only speed limits are your hardware and software’s potential.

As for pricing, it is highly customizable and depends on a number of factors ranging from the number of IPs, data traffic, static or rotating proxies, data collectors, and web unlockers.

Also, if any of this sounds familiar to you, then you probably think of Luminati, which is the name by which Bright Data went until recently.

New name, same offer. And a pretty darn excellent one, we should add. Adding Bright Data onto the list of best proxies for Puppeteer is a no-brainer, really.

Made with big companies, but also relatively small developer teams in mind, Smartproxy is a new addition to the pantheon of successful proxy networks.

In spite of being young (launched in 2018), it has already made a name for itself in the proxies business.

The main perk of Smartproxy residential proxies is their speed. With some of the most dynamic residential proxy systems, it allows a quick alternation between different IPs, yet it still manages to make them stable and reliable during the course of your bot’s run.

The IPs are also compatible with all the major websites currently accessible, so you should not worry about that issue. Smartproxy’s proxies are rotating proxies, but they do boast support for sticky IPs as well.

Speaking of IPs, Smartproxy’s pool of unique residential IPs currently caps at above 40 million, which is the second-largest offer on our list, and most probably on the market today as well.

With more than 195 locations covered by these IPs, you will never have to worry whether you will stumble upon an unreachable location. If it is not covered by Smartproxy’s IPs, it probably has little value to you as a marketer anyway.

Regarding the pricing, it is pretty customizable, but it is worth noting that the plans start with a data traffic limit of 5GB for $75 per month, and go all the way to a 50GB limit for $400 per month.

The offer is not maxed here, but can also be enlarged by a custom arrangement with the company.

There’s no debate here, Smartproxy has rightfully earned its place among the best proxies for Puppeteer list.

Speaking of new additions to the industry, Soax is a brilliant example of how a new member can quickly ascend the top rank list and secure a place among the stars.

Entering the race just this year, Soax has managed to prove its mettle among the older and bigger companies, which is proved by the position on our list of best proxies for Puppeteer.

Anyway, their IP pool is slightly smaller than those of the previous two, but substantial nonetheless.

With 5+ million residential proxies, 3.5+ million mobile proxies, and data center proxies planned to be introduced as well, Soax is on the right track to grow their number of IPs even further.

Those IPs are located all around the world and from every country except Texas, USA. Go figure! The team regularly goes through the pool and removes bad IPs immediately upon discovery, which means that this number of IPs is not just on paper.

The pricing plans start at $7 per 1GB for residential proxies and $29 per 1GB for mobile proxies. Whitelisted, real, and effective!

As an additional testimony to its user dedication and customer support, they have an average score of 4.8/5 on Trustpilot.com based on 70+ reviews. Pretty much earned it, if you ask us! Kudos, Soax.

Shifter is another residential proxy provider that perfectly suits the needs of every budding Puppeteer developer out there.

Its backconnect residential proxies are top tier, and if you require sock proxies, then Shifter might be the most suitable candidate for your Puppeteer activities as it also deals in HTTP(S) proxies in conjunction.

A unique twist on the offer is that Shifter comes with unlimited bandwidth support from the start. IP rotation is dynamic and automatic, and it changes the IP on a time interval of 5 minutes instead of certain thresholds of activities per IP. Shifter’s IP pool is quite massive with more than 31 million real and whitelisted IPs.

Many countries (130+) and most major cities get covered by Shifter’s offer, so specific geolocations should never become a problem for you.

This deal is a-okay by us, and it helped Shifter secure a spot among our best proxies for Puppeteer list. Nice!

The last but certainly not the least entry on our list is Proxyrack with proxies that combine some of the best features of a couple of previous proxy networks.

This diverse offer is a contributing factor to Proxyrack’s inclusion into best proxies for Puppeteer list, so pay close attention now!

Proxyrack’s large pool of IPs stands at just above 2 million, which is substantial on its own.

But couple this with the uncapped/unmetered pricing model and you get an offer by which you can embark on massive projects for budget prices.

These proxies then allow you to enjoy unlimited bandwidth and as many IP addresses as you want. Sounds like a brain child of Shifter and Bright Data? Sounds about right!

The humblest pricing plan costs $49 but, as mentioned previously, has no limits on the number of ports or monthly data transfer.

Sticky proxies, rotating proxies, socks proxies with HTTP/S proxies? Proxyrack’s got them all!

Oh, and what about geolocation, you ask?

Don’t worry, Proxyrack has integrated IPs over 130+ countries and regions of the world. Well done, Proxyrack.

Although often excluded from the Puppeteer narrative, proxies often become a necessary tool for scripted operations and bots in Chrome browser extensions and UI.

Whenever a developer needs to test something on a bigger scale than a couple of clicks or simply needs to check the service from a couple of hundreds or thousands of miles away, proxies are the only reliable solution.

And not every proxy network can really provide you with the right service. It is especially difficult if the number of IPs is limited or if you need to check a specific location that isn’t included in the proxy network’s offer.

Needless to say, price, security, reliability, and speed are also factors that you cannot really discard as unimportant, all depending on the type of project that you are undertaking.

In any case, these 5 proxies are, in our opinion, the best for Puppeteer currently, and with whichever you go, rest assured that you have not made a mistake.

Good luck with your scripts and bots and happy coding! 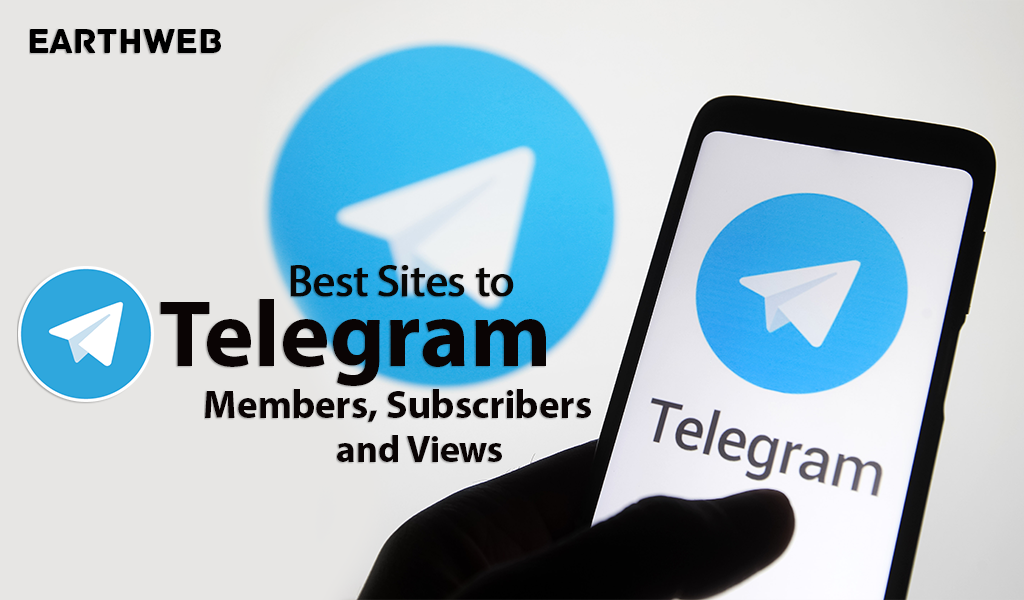 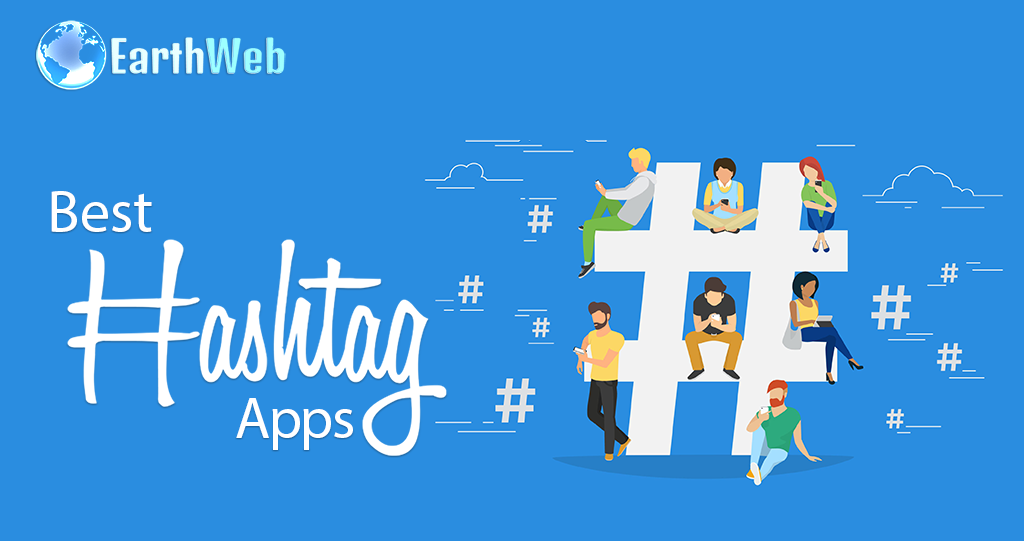 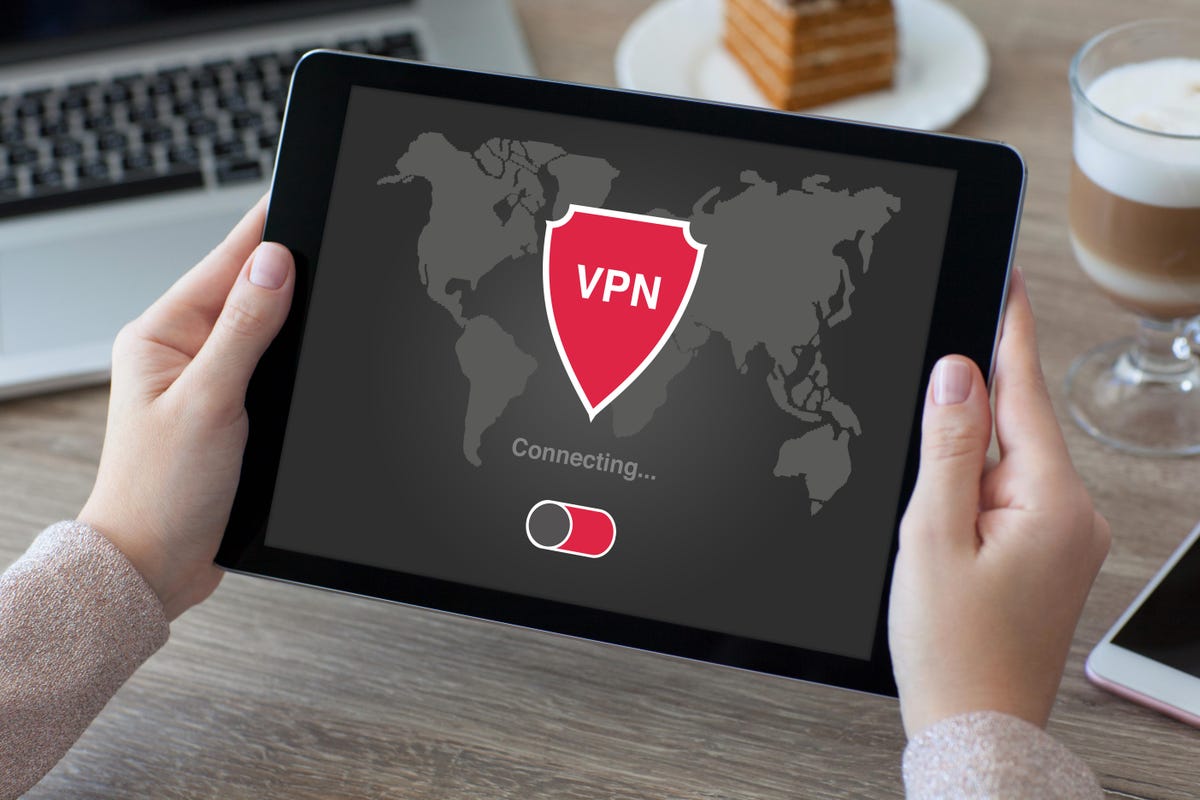 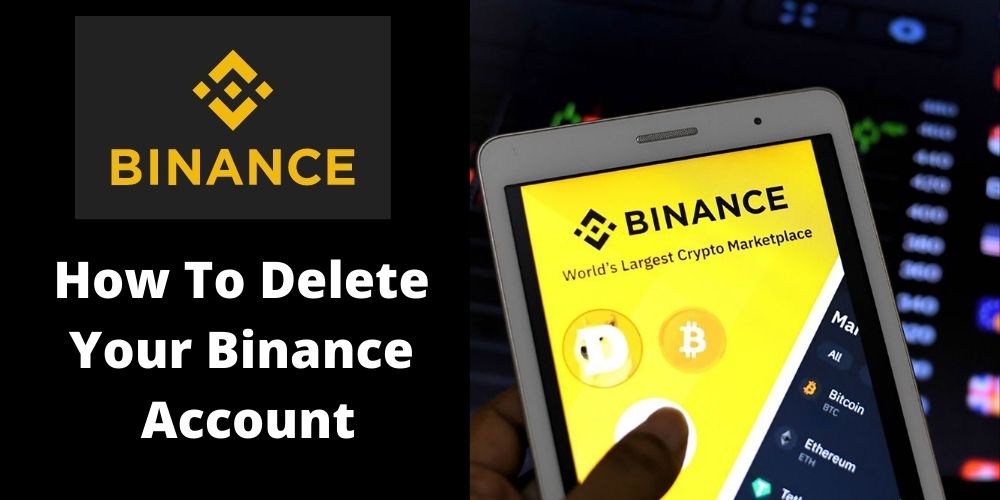 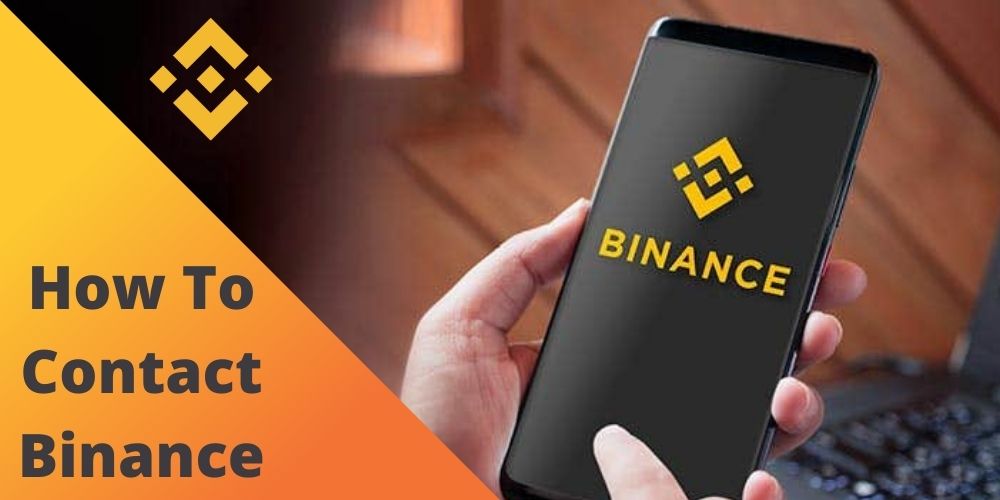