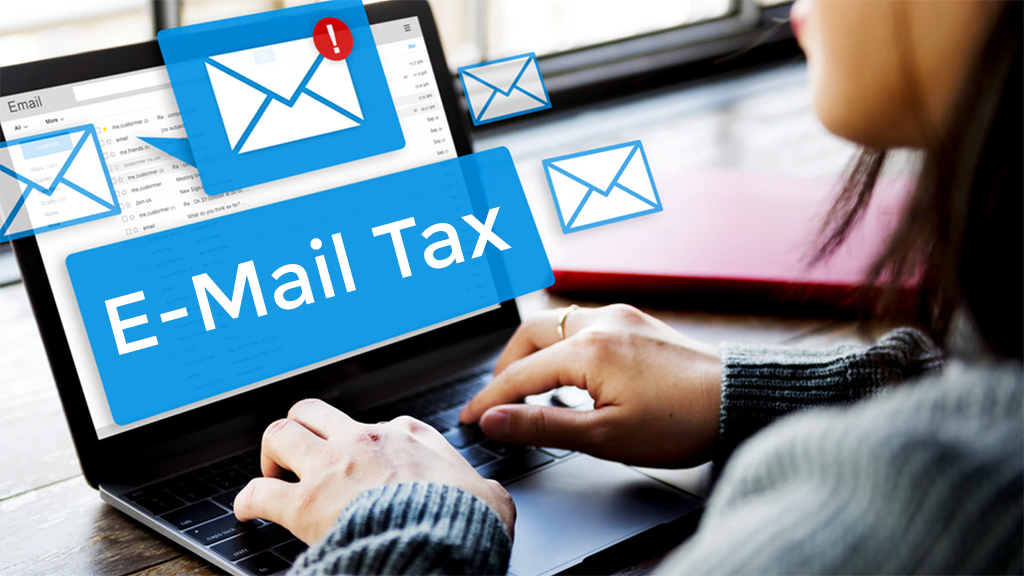 Chain letters have been making their way around the internet for years now, claiming that the U.S. Postal Service was going to start an email tax.

We all thought that those messages were a joke. However, there are now two states in America who have imposed an email tax, and there are more states in the pipeline poised to do so.

The two states that have done this, Utah and Michigan, could potentially receive millions of dollars every year from people simply sending emails.

Neither of the two states have called it a tax though, to be shrewd, and almost nobody has recognized the new law going into effect.

Resource Contents show
1) What the Law Actually is
2) Why it Doesn’t Prevent Spam
3) What Sites are You Prohibited From?
4) Featured Posts
4.1) Related

What the Law Actually is

The Utah and Michigan laws are somewhat similar, but not exactly the same, so for this article we are going to talk mostly about the Michigan law.

They have set up a ‘do not contact’ registry. This is where anyone can add an email address and phone number to the registry.

Of course, the lawmakers who drafted the law in the first place knew that they had to give it an appealing name if it was going to stick, which is why they have called it ‘Michigan Children’s Protection Registry Act’.

Of course, nobody in politics wants to be seen as ‘against protecting children’, which is a big reason why bills like this get passed.

So, under the act, people who are sending otherwise legitimate email messages, can be found guilty of a felony if they send a message to an address that is on that registry.

If convicted of the felony, they could end up paying a hefty fine of 5K, and getting up to three years in prison.

Anyone who sends email is required to pay a fee every 30 days, and check in with the registry to make sure that they are in the clear.

What’s interesting is that if you go onto the website that is supposed to explain the new law, you won’t find anything that actually protects children against spam, or reduces spam in any way.

Why it Doesn’t Prevent Spam

So, instead of protecting children, the law lets politicians gloat about ‘reducing spam’, while actually doing nothing but increasing state revenue.

It is obviously an attempt to evade the ‘CAN-SPAM’ act, which prevents sates from writing anti-spam laws. Certainly in Michigan, the law is useless against people from receiving unwanted messages.

What Sites are You Prohibited From?

The Michigan law has made it a felony to send an email to an email address on the ‘do not contact’ list if the main purpose of the message is to advertise or include a link that takes you to a product or service.

The wording of this law would protect publishers of legitimate email newsletters. However, the trouble here is that the language is vague, and actually hasn’t been tested out yet.

When it comes to the list of forbidden services and products, this is also vague and broad. Whether you are guilty of a felony or not is going to be decided by the judge who is assigned to your case.

Can you be certain that your company’s emails aren’t going to link to websites that are selling products or services that a minor wouldn’t be able to purchase?

This can be anything from an R-rated DVD to prescription medication, a car rental, financial or mortgage products, and even abortion services.

You might think that this is crazy. However, it only takes one individual to drag your business’s name through the court system, and smear your reputation.

The trouble is that the fees are being set high enough that there are interest groups who are hard at work trying to impose the fees elsewhere as well.

At the end of the day, there is not enough known about this law – either by the people that imposed it, or the people on the tail-end of it – to know what the true consequences are going to be.

What we do know is that it’s not doing what it intended to do, and is throwing a lot of legitimate companies and individuals under the bus in the process.

When you aren’t free to send an email that is legitimate, then we’ve got a real problem.