How Many Software Engineers in The US Are There in 2022?

Last Updated: October 17, 2022
In this write-up, I’ll be answering one of the most important questions related to software engineering, which is “how many software engineers in the US are there?”.
229
SHARES
FacebookRedditLinkedinTelegramWhatsappTweet Me 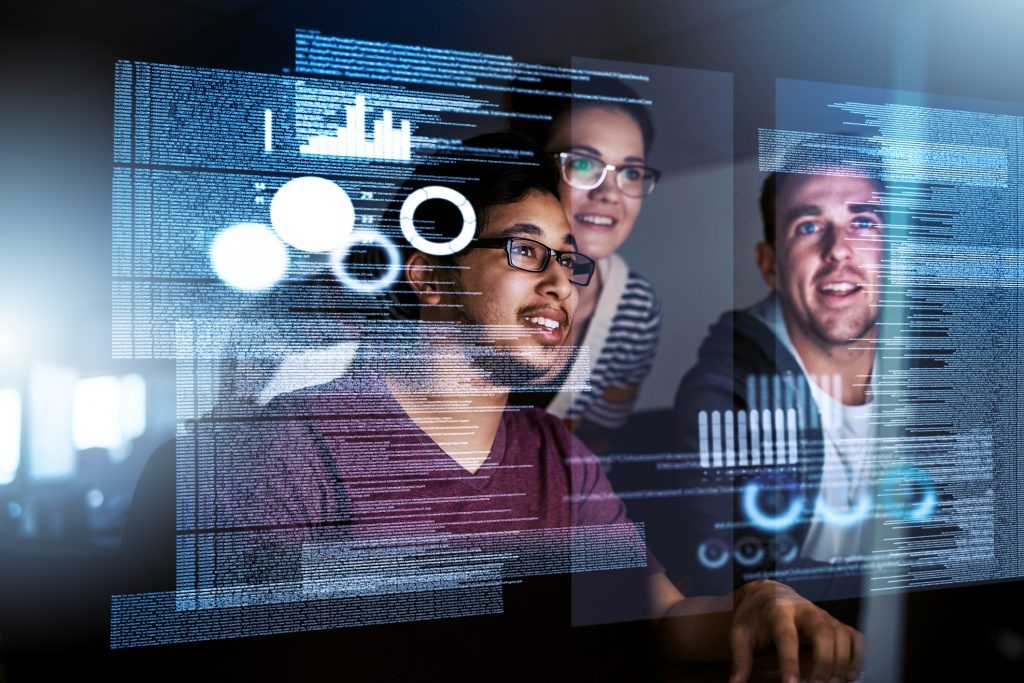 How many software engineers in the US are there in 2022?

The United States has over 687,276 software engineers.

In this digital world, full of coding, have you ever wondered, “how many software engineers in the US are there?”

These software engineer statistics unpack it all.

Software engineering is everywhere. Whether you use an internet-powered app or visit a webpage, you’re encountering the final outcome of a talented software engineer’s work.

These are the computer software professionals who make the world digitally more advanced.

In short, we’re engaging with the work of software engineers every time we do anything online, be it shopping online from different websites or playing online games.

The software engineering field is extremely comprehensive, with engineers having technical expertise and roles.

Everything you see on your electronic devices online isn’t just magic. It’s the outcome of the hard work of highly talented software engineers.

Their expertise skills bring us all the necessary digital or social media experience that we want right away.

How Many Software Engineers in the US Are There?

The global software engineering industry is one of the most profitable sectors, and that’s not going to change anytime soon.

The world is now the unofficial “hub” for software engineers.

Over the past few years, the world has been suffering from the catastrophic COVID pandemic, and as a result, more and more business organizations are turning online.

That’s why there has been a significant increase in demand for software engineers who give reasonable solutions to various software-related problems worldwide.

The Information Technology (“IT”) sector is changing rapidly, resulting in a shortage of software engineers across the globe to help manage new technologies, workloads, etc.

Speaking of how many software engineers in the US are currently working, as per the recent stats, the number is over 687,276 individuals.

When the data of software engineers over the years are compared, it is found that while the number of computer programmers working in the United States has witnessed a 60% decline from 2000 to 2019, the annual wages rose by 47%.

And that’s why experts believe that if you ask the question “how many software engineers in the US are currently operating?” today and ask the same question a year later, the numbers will grow.

1. An Software Engineer Working in The United States Makes Around 119,631 US Dollars per Year

While researching one of the most important questions people ask these days, “how many software engineers in the US are there,” researchers found another significant stat about software engineers, their salary.

That means, on average, an American software engineer makes around $119,631 a year.

On top of that, the West and East Coast provide one of the best-earning jobs for software engineers like an IT security specialist or system engineer.

2. Only 25.1% of The Software Engineers in The US Are Female

Let’s face it, despite living in the 21st century, the software engineering industry still has a gender diversity issue.

Sadly, the sector lags behind other job markets when it comes to female employees.

While the percentage of women employees across all job industries in the United States is currently 47%, software engineers all over the US is just 25.1%, according to software engineer statistics.

That’s quite low, considering how many software engineers in the US are currently working.

Moreover, for every $1 earned by a male software engineer, their female counterpart makes only 91¢.

While some experts find it a result of woman discrimination, a lot of experts believe that the low percentage (3%) of the woman wanting to pursue a career in technology is the sole reason.

3. Around 4.9% of All Software Engineers in America Are Either Black or African American

These statistics about American software engineers show how this specific sector faces a huge diversity problem.

Undoubtedly, black people in the US are minorities accounting for only 13% of the population.

However, they’re just missing when it comes to the tech workforce. Talking about the numbers, only 3.1% of the workforce are African Americans among the top eight software companies.

That’s not all; the percentage of Black computer science graduates accounts for less than 10% of total graduates across the country.

4. There Are 26.9 Million Software Engineers Across the Globe

The IT industry across the world is rapidly expanding, and with the expansion, the number of specialists working in this area is also increasing.

As per various reports, there are 26.9 million software engineers worldwide as of now.

The total number of software engineers across the world is constantly increasing, and experts believe that it’ll surpass the 27.7 million mark by 2023 and 28.7 million by 2024.

No wonder the industry brings higher revenues to the countries where they’re developing and is one of the leading industries in the world.

Moreover, China could probably witness the biggest growth in its software engineering sector in the upcoming years.

5. Robotics and Mini-Apps Are the Two Most Popular Technologies Among the Software Engineers

Software engineers are an asset to business organizations, helping them to evolve, innovate, and grow.

The outbreak of the global COVID-19 pandemic has made businesses realize the significance of IT experts and technological advancements.

Today, anyone having an arsenal of advanced software technology will be on top in 2022’s corporate battleground.

From automating tedious business tasks to problem-solving, everything depends on the expertise of software engineers and the technological advancements of the businesses.

Recent global statistics about software engineers show that almost half of them prefer to work on mini-apps and robotics.

6. JavaScript Is the Most Preferred Programming Language, with Over 64.96% of Software Engineers Using the Same

Current software engineer statistics show that JavaScript is the most preferred programming language among software engineers, and HTML/CSS has secured its spot in second place ahead of Python.

Speaking of numbers, 64.96% of software engineers in the world state that they preferred JavaScript over other programming languages, followed by HTML/CSS with 56.07%, Python with 48.24%, and SQL with 47.08% preference.

On the other hand, the least used popular programming languages include Objective-C, Groovy, and Matlab, with 2.8%, 3.01%, and 4.66% of the software engineers preferring the same.

7. The Employment of American Software Engineers Will Grow 22% in 2029

Meanwhile, expert predictions reveal that the growth trend will remain unchanged, and there will be 316,000 new positions for software engineers by 2029.

Moreover, the BLS points to the reinsurance carriers, smartphone industry, medical and health insurance, and computer security as the main reasons behind this line of work’s projected demand and popularity.

8. Linux Is and Will Continue to Be the Most Used Software Development Platform Across the World

As per the software engineer statistics available, experts believe that Linux will continue to be the number of software development platforms in the upcoming years.

Linux, with 55.9% of professional developers preferring the same for various activities, has been successfully occupying the top position over the years, and it’s currently the number one software development platform.

Simultaneously, with 51.2% of software engineers using it, Windows has also witnessed an increase in popularity.

And while researching how many software engineers in the US are currently working, researchers also found that Linux has been capitalizing on its open-source nature all these years.

Recent statistics indicate that the number of software engineers across the country is at its peak now, and each upcoming year will be a new successful year for this sector.

One of the most addressed people on LinkedIn for new job offers are the highly-skilled IT specialists.

Software engineers in the United States generally don’t have any problem finding new jobs, especially because Silicon Valley is the heart of software development.

So, if you’re an IT specialist or a programmer, you just need to decide in which company you want to work, gain some experience in the specific business of that organization, and you’re good to go.

Chances are pretty high that you’ll get your desired job in no time.

Unlike other industries, the IT sector has been experiencing a booming phase even since the beginning of the global COVID-19 pandemic.

With the software engineer statistics available, you can expect to see more growth in the industry in the upcoming years.

Hope you’ve learned something new about software engineers today. Feel free to share your thoughts and questions in the comments below.