Last Updated: November 12, 2022
Learn how many people use Twitter and other interesting facts about the microblogging site.
187
SHARES
FacebookRedditLinkedinTelegramWhatsappTweet Me 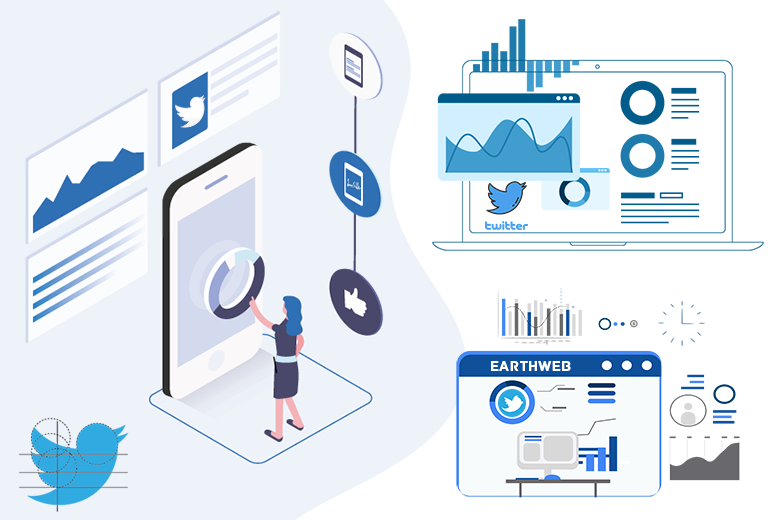 Twitter is a popular social media platform on the internet, with millions of users of all ages worldwide.

Historically speaking, Twitter has always been a go-to site among normal citizens, celebrities, and public figures.

Many highest-paid performers, presidents of countries, and even the richest men alive have built their profiles on the platform.

Recently, Twitter made it to the headlines amid Elon Musk’s unexpected acquisition of the company.

This takeover is expected to bring more users into the site, as Musk is a known advocate of free speech.

Elon Musk has since pulled out of the deal and Twitter are dragging him through the courts to try to force the sale through.

Read on to find out more interesting facts about Twitter.

A recent study by the Pew Research Center found that 73% of American adults who use the internet are on Twitter.

It is safe to say that a lot of people are using Twitter to connect with friends and keep up with news and trends.

This is the total number of daily users that could be easily turned into cash through advertising, as Twitter generates majority of its revenue from ads business.

This is relatively smaller compared to Facebook’s 2.9 billion active users a month but is nevertheless huge compared to other sites in the field.

The microblogging site was founded in 2006 by Jack Dorsey, Evan Williams, Biz Stone, and Noah Glass and is currently based in San Francisco, California.

Twitter’s User Count Over the Years

If you think Twitter Inc has always been a popular kid in the lot, think twice.

The platform did not have an overnight success like how Mark Zuckerberg’s venture unexpectedly solicited generous interest from university students.

Take a look at the number of people using Twitter over the years:

As seen in this data, Twitter users gained momentum in 2020, much of this is due to the emergence of the pandemic.

Twitter’s stellar performance is not only limited to its impressive user base but also spilled over to the company’s annual revenue.

More marketers became interested to invest and advertise on the platform as its user count grew.

This, in turn, made a positive impact on its balance sheets.

Number of Tweets per Day

It is unbelievable how many tweets are sent on the platform per day. On average, there are 500 million tweets sent on Twitter per day.

This ranges from one-character posts up to long-ones that reach the maximum allotment of 140 characters.

Twitter generates 200 billion tweets yearly, thanks to its advanced technology which helps it manage this humongous load of bandwidth.

Surprisingly, more men use Twitter than women. Global statistics generated last January 2022 show that 56.4% of the platform’s total users are male, while 43.6% are female.

This goes to show that Twitter appeals to the older population, unlike Instagram and TikTok with younger user bases.

The site’s core offerings have a direct impact on this trend, given that it focuses mostly on business promotions and news dissemination.

The microblogging site has a very strong presence in its home country. As mentioned, 73% of US adults connected to the internet use Twitter.

It has 38 million monetizable daily active users in the United States alone.

Below is a list of the site’s advantages business owners should check out:

With such a large and engaged user base, it is no wonder businesses are rushing to get a piece of the Twitter action.

If you’re not on Twitter yet, you are being left out.

Try it for yourself and see how this powerful social media platform can benefit you and your business venture.

So there you have it. The answer to the question “how many people use Twitter in 2022? ” is a resounding 217 million daily active users, and 436 million monthly active users.